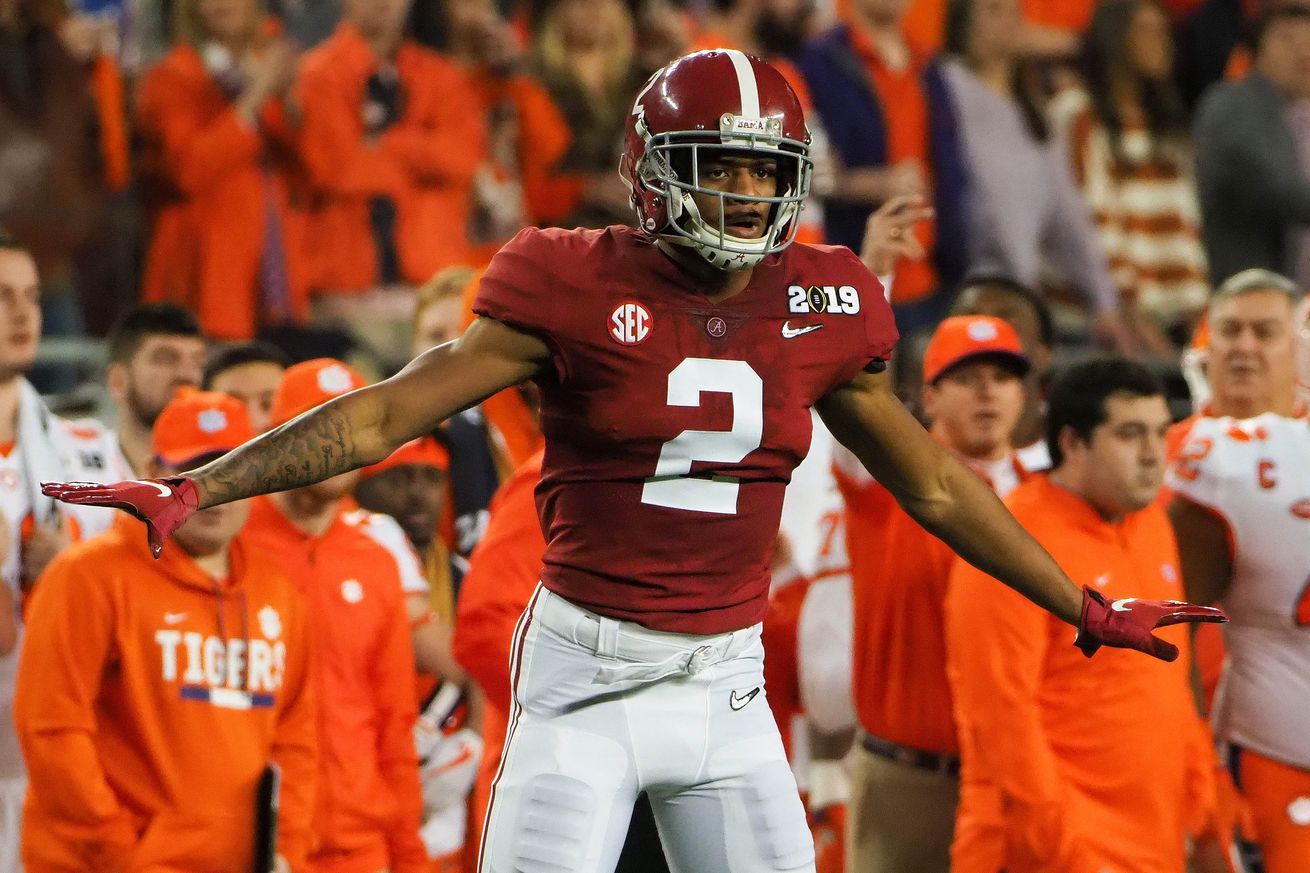 The Buffalo Bills are now three games in to the 2020 NFL season and currently hold a 3-0 record with a dominating aerial attack. That’s not to say the Bills have zero blemishes through those three games.

In the first three games, the Bills have looked like an average defense in an area that was supposed to be its biggest strengths. The Bills have allowed 824 passing yards through three games. That’s good for the sixth-most pass yards allowed this year.

Meanwhile, yes, the offense is clicking at as high of a clip as any in the league. Josh Allen looks like an early MVP candidate and the addition of Stefon Diggs has vaulted the Bills’ receiver room to among one of the best units in the league. Allen and the Bills have averaged the fourth-most total yards per game through three weeks; they currently sit at 434 yards/game.

This was one of the most desired positions to be addressed in the 2020 draft for the Bills. It apparently wasn’t the priority most fans thought. Dane Jackson may have potential as a seventh-round pick, but the reality is that he’s currently on the practice squad with no indication he can play the spot opposite of Tre’Davious White.

Levi Wallace had a bit of a bounce-back game with an interception against the Los Angeles Rams and did not appear to be victimized as much as he was against the Miami Dolphins. In Week 2, Ryan Fitzpatrick targeted Levi Wallace a multitude of times. It was similar with Wallace at times last year when there were rather large stretches of games where he was clearly picked on by opposing quarterbacks.

There are a multitude of rookie corners (including Chicago Bears rookie Jaylon Johnson) who are having solid starts to their COVID-19-impacted rookie campaign. Johnson was a player I tabbed in the draft process who would have been the perfect second-round pick to replace Wallace as a better athlete with every bit of the length and instincts in coverage.

With the Bills having a first-round pick after trading theirs away in the 2020 Draft as part of the Stefon Diggs deal, a brand new outside corner could be on the radar as the team’s first pick in the 2021 NFL Draft.

This is another position many (including myself) were advocating for the Bills to address in the offseason—and they didn’t do so via the draft. The current nickel player for the Bills is Taron Johnson.

If any Bills fans watched the defense closely in Week 3 against the Rams, they would have seen Taron Johnson make a couple of nice plays in run support. They would have also seen him getting beat badly on multiple occasions in man coverage against the likes of Robert Woods and Cooper Kupp. Woods and Kupp deserve all of the credit for being a couple of the best route runners in the game. However, Johnson’s job as a nickel corner is to cover in short and intermediate areas against good route runners. He did not show up in that area against Los Angeles.

Johnson has been banged up early in his career as he struggled with a shoulder injury his entire rookie season. However, he has been victimized similarly to Wallace. Anytime players on your team like Wallace and Johnson are targeted and it works at will, it’s time for a change in personnel. In this case, it has happened to both Wallace and Johnson so far this year.

The Bills could look to address the need by drafting a player with a cornerback build like Johnson or a bigger player like that of Siran Neal. General manager Brandon Beane and head coach Sean McDermott have both mentioned the importance of the “Buffalo Nickel” position in the past. Johnson played a lot of snaps this past week so it appears the position holds a lot of value to McDermott. I would expect the nickel role to be addressed this offseason.

The Bills addressed the defensive line depth in a big way during the offseason adding defensive tackles Vernon Butler and Quinton Jefferson. They also added edge rushers Mario Addison in free agency and A.J. Epenesa in the second round of the 2020 NFL Draft. Epenesa and Addison are both jumbo ends who lack burst and speed rushing compared to the likes of Jerry Hughes.

Hughes is the topic of conversation here. Epenesa had his first sack of his career in Week 3 after he was a Week 1 healthy scratch. Addison has two sacks, leading the team. Murphy also has one sack from the edge spot. Jerry Hughes has zero sacks and he has been as close to a non factor as he could be at this point in the year. Hughes is a great team leader and a veteran presence. But, as the only true speed rusher on the team and Hughes being 32 and declining, it’s time to look elsewhere.

The Bills have struggled to generate consistent pressure this year and against their best opponent, they were handled with relative ease against the Rams’ offensive line. Luckily, there are a decent amount of speed rushers that are likely Day 1 or Day 2 players in the 2021 NFL Draft. Hughes will be on the last year of his contract in 2021 and the Bills could cut him anytime after the 2020 season if they choose with just a $2.1 million dead cap upon release according to Spotrac.

This is the one area of the offense that seems to be scrambling a bit through the first three weeks. There have been multiple different combinations to this point that included Cody Ford at both guard positions, Quinton Spain starting the year then benched, and Brian Winters playing right guard—all of which were mediocre combinations.

Jon Feliciano, arguably the Bills’ best offensive guard, has not played thus far in 2020 after tearing his pectoral in the summer. Feliciano will still have a chance to return this season, but it could be multiple more weeks before that occurs. Cody Ford started at left guard in Week 3 and had to go against Rams star rusher Aaron Donald a multitude of times. Ford struggled mightily at the end of the game and has not had a consistent position on the offensive line after playing right tackle his entire rookie season. He generally struggled there as well. Brian Winters had holding and block-in-the-back penalties in Week 3 for the Bills.

This position still needs work. It seems that the Bills are not pleased with the position after benching Quinton Spain for Week 3. However, the new combination did not work either. Unless they can pull it together relatively quickly, this is the weakest point on the offense and one that should certainly be considered in the 2021 NFL Draft.

Overall, this is just a very early look at the 2021 NFL Draft and at where the Bills are currently struggling with player personnel. A lot of things can change with at least 13 games left to go. New needs could arise and current apparent holes in the roster could be patched up with better play by the end of the year. The defense certainly needs the most work it appears. McDermott and defensive coordinator/assistant head coach Leslie Frazier have their work cut out for them.