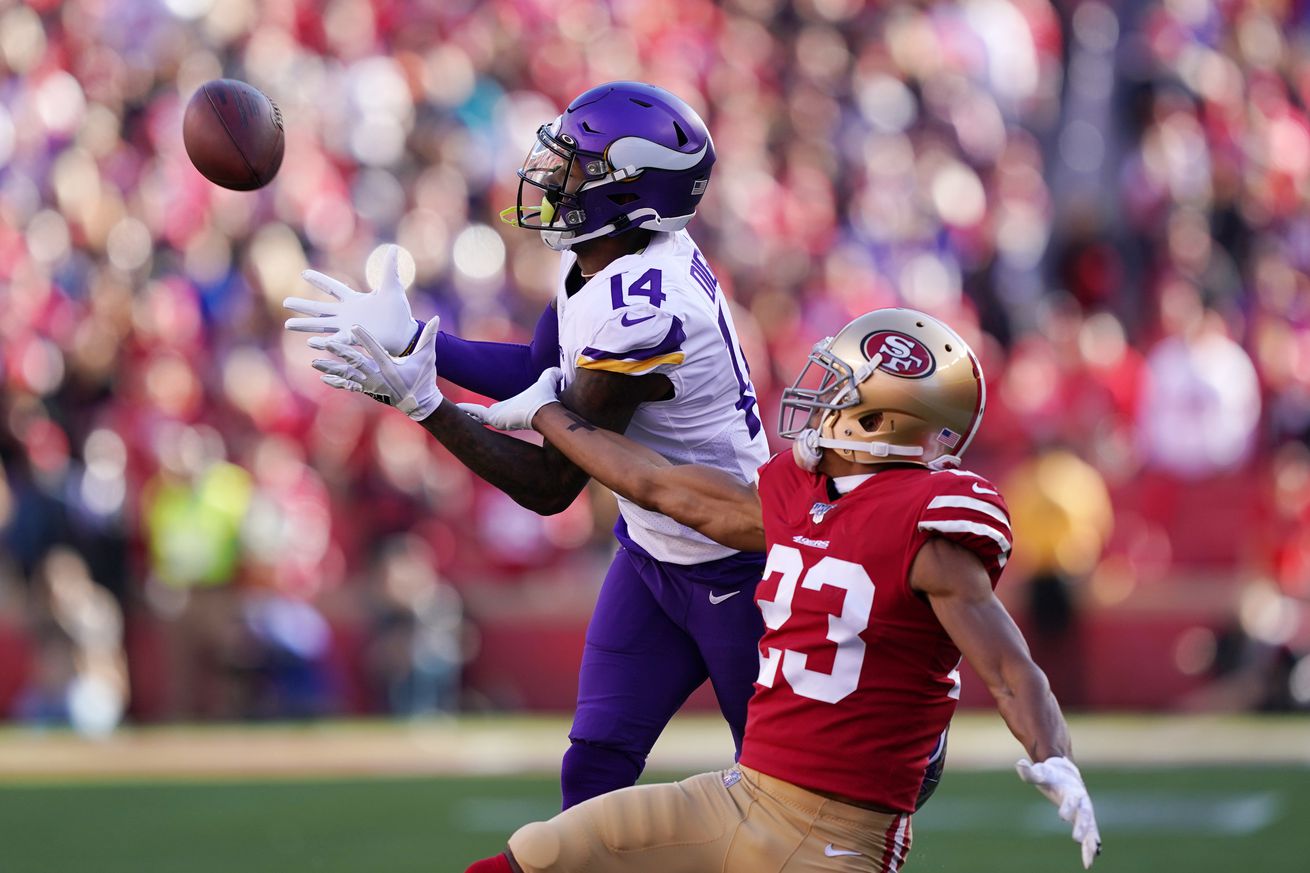 In taking a look at the top receiving options for the Buffalo Bills, there are three candidates who are likely to lead the team in receptions this season. This group is a major upgrade over the trio that Josh Allen worked with during his rookie season in Buffalo (Andre Holmes, Kelvin Benjamin, and Jeremy Kerley)—in what could be an exciting offense for the Bills in 2020.

The newly acquired wide receiver is likely to be the heavy favorite to lead the team in receptions during the 2020 season. It’s true Diggs only had 63 receptions for the Minnesota Vikings in 2019, after a 2018 season with 102 catches on 149 targets. Despite only getting 94 targets in 2019, Diggs finished fourth in the NFL in yards per reception (17.9) and second in yards per target (12.0). As the new number-one receiver in Buffalo, it will be interesting to see how many targets Diggs gets in offensive coordinator Brian Daboll’s system.

Brown posted career highs in receptions (72) and yards (1,060) in his first season with the Bills in 2019. He led the team in targets with 115, and immediately became a trusted option in the passing game for Josh Allen. While Brown could revert to being a number-two wide receiver for the Bills, it is too early to count him out as a potential leader in receptions. Diggs is expected to get plenty of attention from opposing defensive coordinators, making Brown a contender to lead the team in receptions again.

Be sure to vote in the poll, and share your thoughts in the comments section below.

Editor’s note: If you’re on a mobile news app, you’ll need to click through to the site on a web browser in order to vote in the poll.