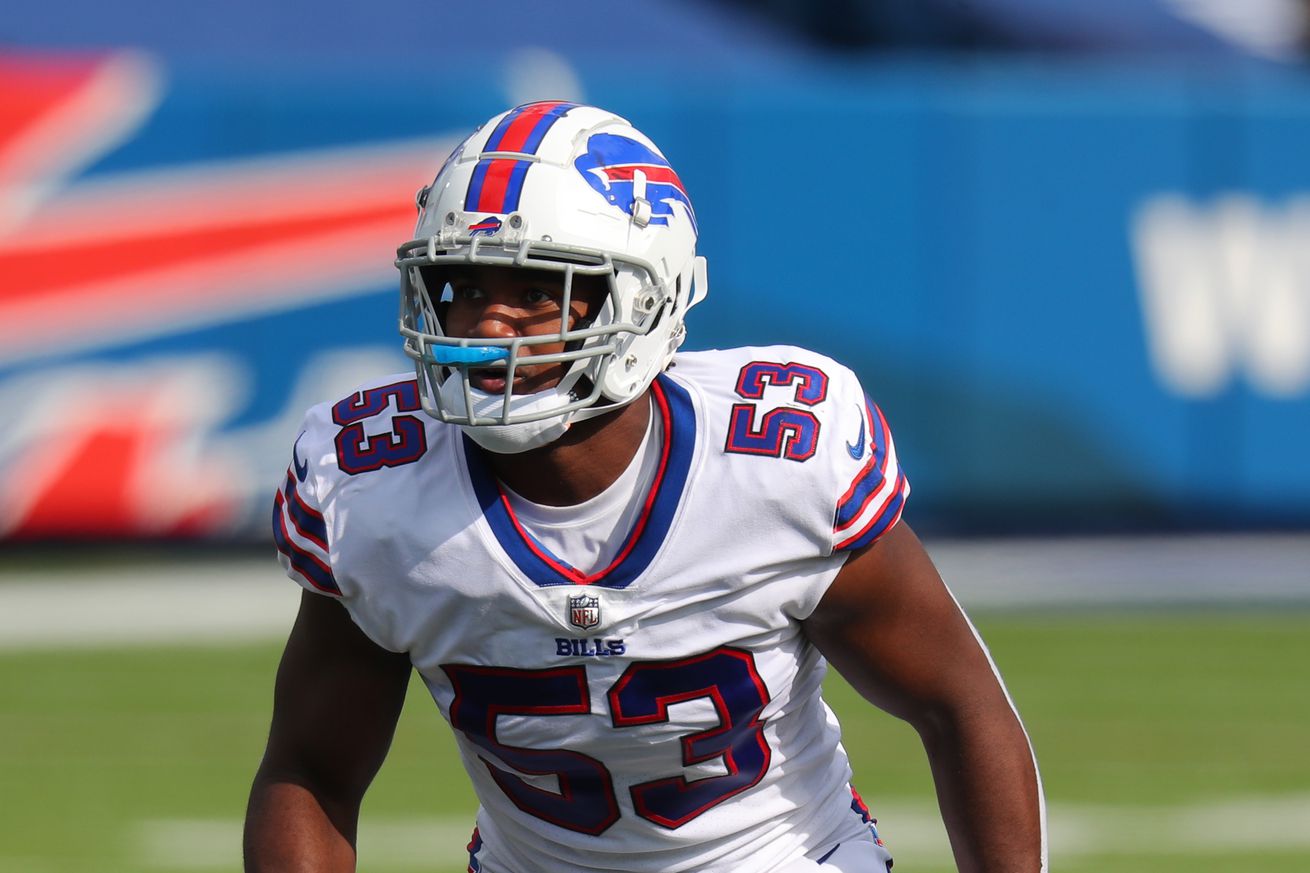 The former UDFA is making a name for himself.

The Buffalo Bills signed linebacker Tyrel Dodson as an undrafted free agent following the 2019 NFL Draft. After spending the first six games last season on the suspended list for a domestic abuse incident, he was released and made his way to the team’s practice squad. In 2020, he’s received ample playing time and has now passed veteran A.J. Klein as the top backup linebacker after four games.

In Sunday’s game against the Las Vegas Raiders, Klein was the one to immediately replace Matt Milano when the top linebacker went out with a pectoral injury. That didn’t last long. One play later, Dodson was in the game next to Tremaine Edmunds and stayed there. In total, Dodson played 19 snaps compared to Klein’s 8. (Klein was the closest defender to Jason Witten when he scored in the second quarter, which was before Milano’s injury.)

Dodson finished the game with two tackles while Klein had one. On the season, Dodson has 12 tackles, a sack, and two passes defended. Klein has 11 tackles.

The more interesting conversation might be to look ahead to 2021. Klein has been a liability for the Bills in 2020 and is being replaced by a second-year UDFA. He’s set to make $4.1 million next season ($3.2 of it guaranteed) plus a $1.6 million roster bonus in March. Buffalo can save at least $2.5 million on their cap by releasing him and probably more if his guaranteed money has an offset clause.