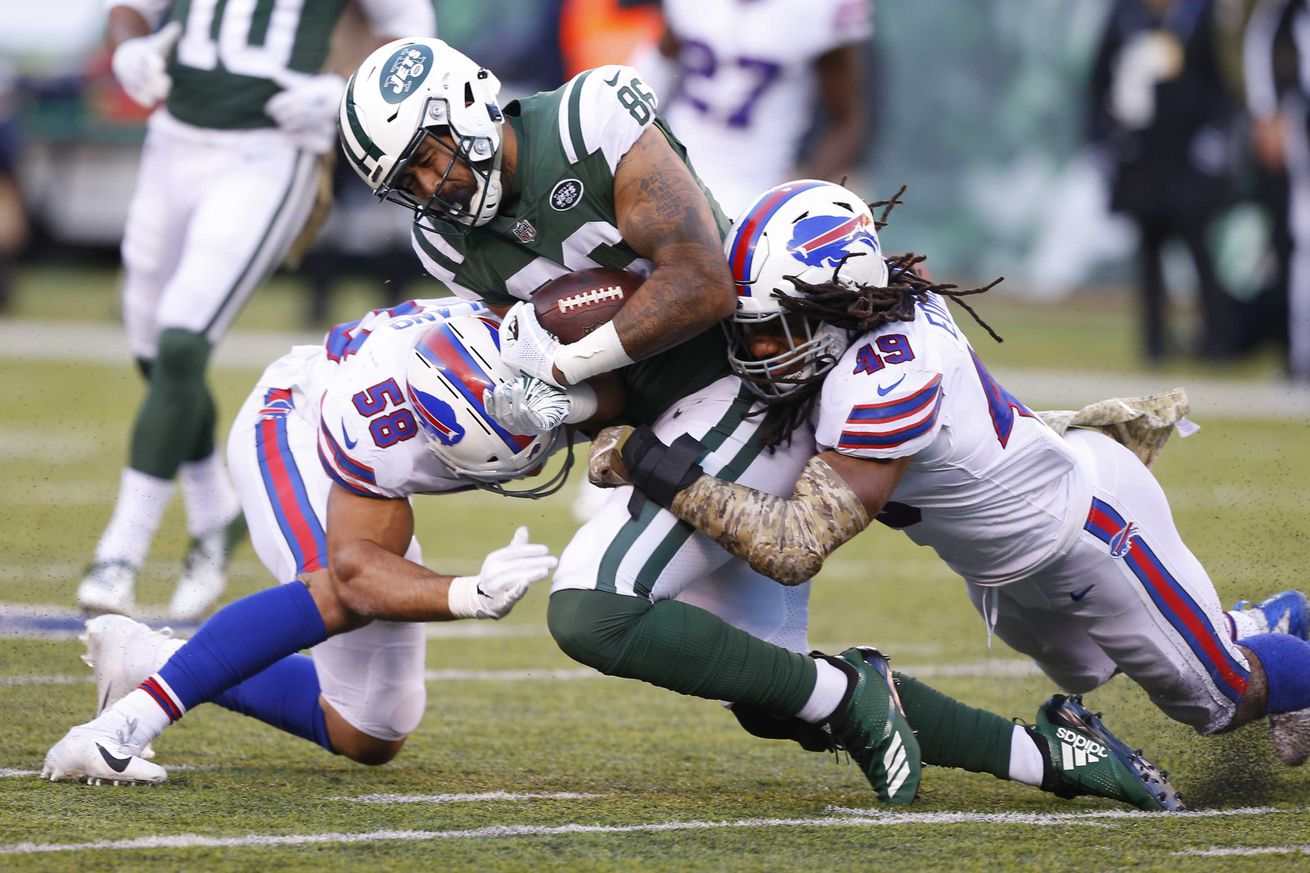 Neither linebacker is back to 100% yet.

When the Buffalo Bills take on the Miami Dolphins on Sunday, they’ll be doing it without their two foundational linebackers. Tremaine Edmunds (shoulder) and Matt Milano (hamstring) are both too injured to play, according to head coach Sean McDermott.

Milano had failed to practice all week, and Edmunds made a limited appearance in a non-contact jersey but didn’t make very much progress.

It’s a massive shift for Buffalo’s defense, which doesn’t just depend on the pair for their athletic playmaking, but also for their ability to relay playcalls and adjustments during the game. They’ll now rely on A.J. Klein and Tyrel Dodson to fill those shoes. Klein, a heady veteran, should be able to handle the communication, but doesn’t have the same degree of athleticism. Dodson, a young former undrafted free agent, has the movement abilities, but is untested as a pro.

The only remaining healthy linebacker on the roster is special teamer Tyler Matakevich. Expect the team to reach into their practice squad, where Deon Lacey and Andre Smith reside, for gameday promotions. Also expect the Bills to rely on additional defensive backs and have fewer diverse schemes available against the Dolphins.

For 0-1 Miami, this is a golden opportunity to try and get their offense going after a 21-11 loss to the Patriots. Myles Gaskin, Jordan Howard, Mike Gesicki, and Jakeem Grant could all benefit from facing a Bills defense without their star linebackers.