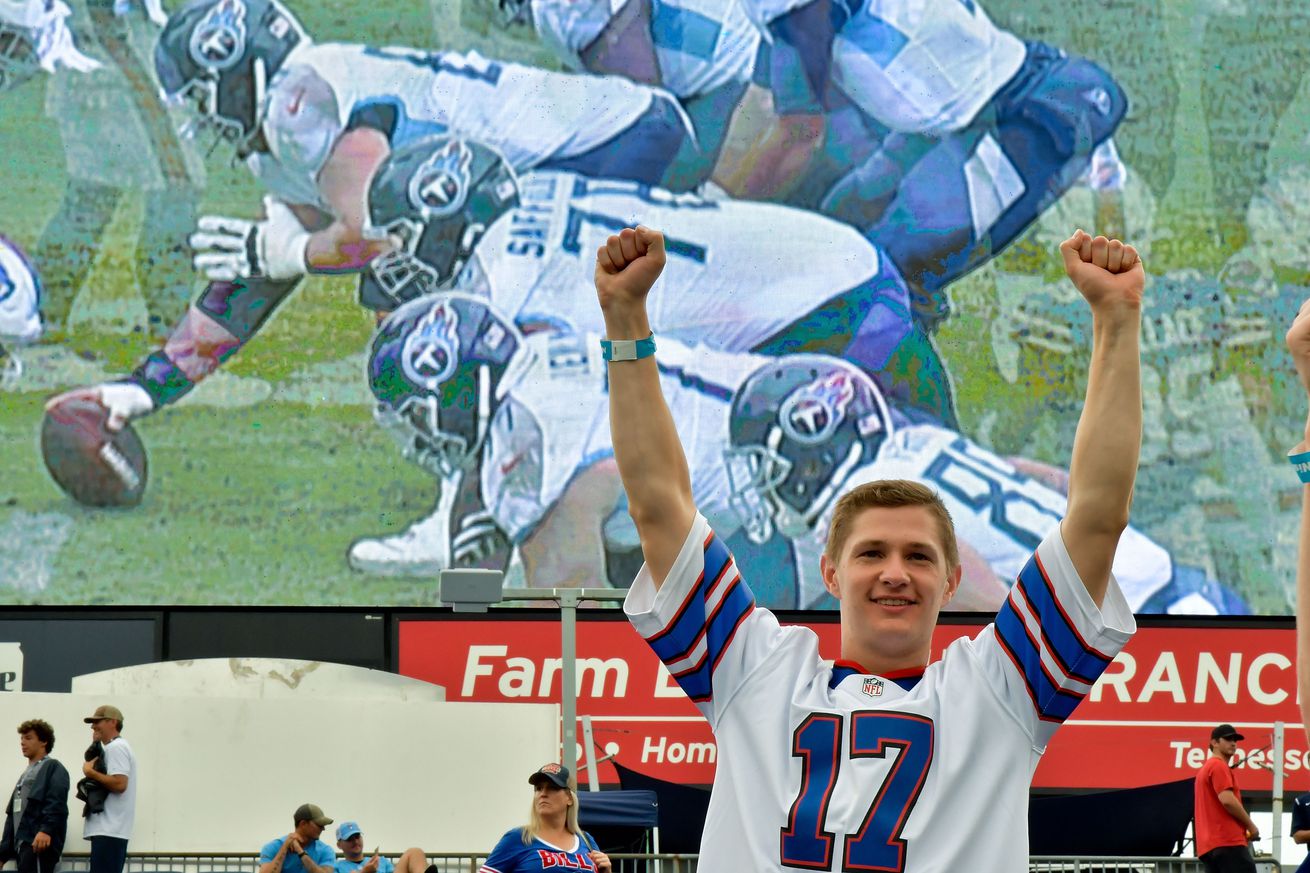 The Bills are playing at least three road games with fans.

The Buffalo Bills aren’t allowed to have fans at the stadium in Orchard Park, NY. In Week 1, it was eerily silent when big plays happened for either team and the opposing QB was able to change plays at the line without fan interference.

On Thursday, Nashville officials are set to announce that the Tennessee Titans will be allowed a limited number of fans in the stands beginning in October according to The Tennessean. The Bills head to Tennessee on October 11th. Capacity has not yet been established, but other events in and around Nashville have been utilizing a 20% capacity model, which would mean Nissan Stadium’s 69,000 would be limited to fewer than 14,000 fans.

It’s a location Bills Mafia took over in 2019, with long lines of happy Bills fans streaming out of the stadium after the game and some media and team officials saying it felt like a home game. With New Yorkers under a mandatory two-week quarantine if they head to the game this time, we don’t expect a fan presence of that magnitude this time.

Buffalo will get their first impression of fans in the stands this weekend when they travel to South Beach to play the Miami Dolphins. October 11th against the Tennessee Titans will be followed by a mid-December tilt with the Denver Broncos. Las Vegas, New Jersey, Arizona, San Francisco, and Foxborough, Massachusetts have not released plans to host fans this year and New York State has said Buffalo can’t have fans in the stands for the foreseeable future.