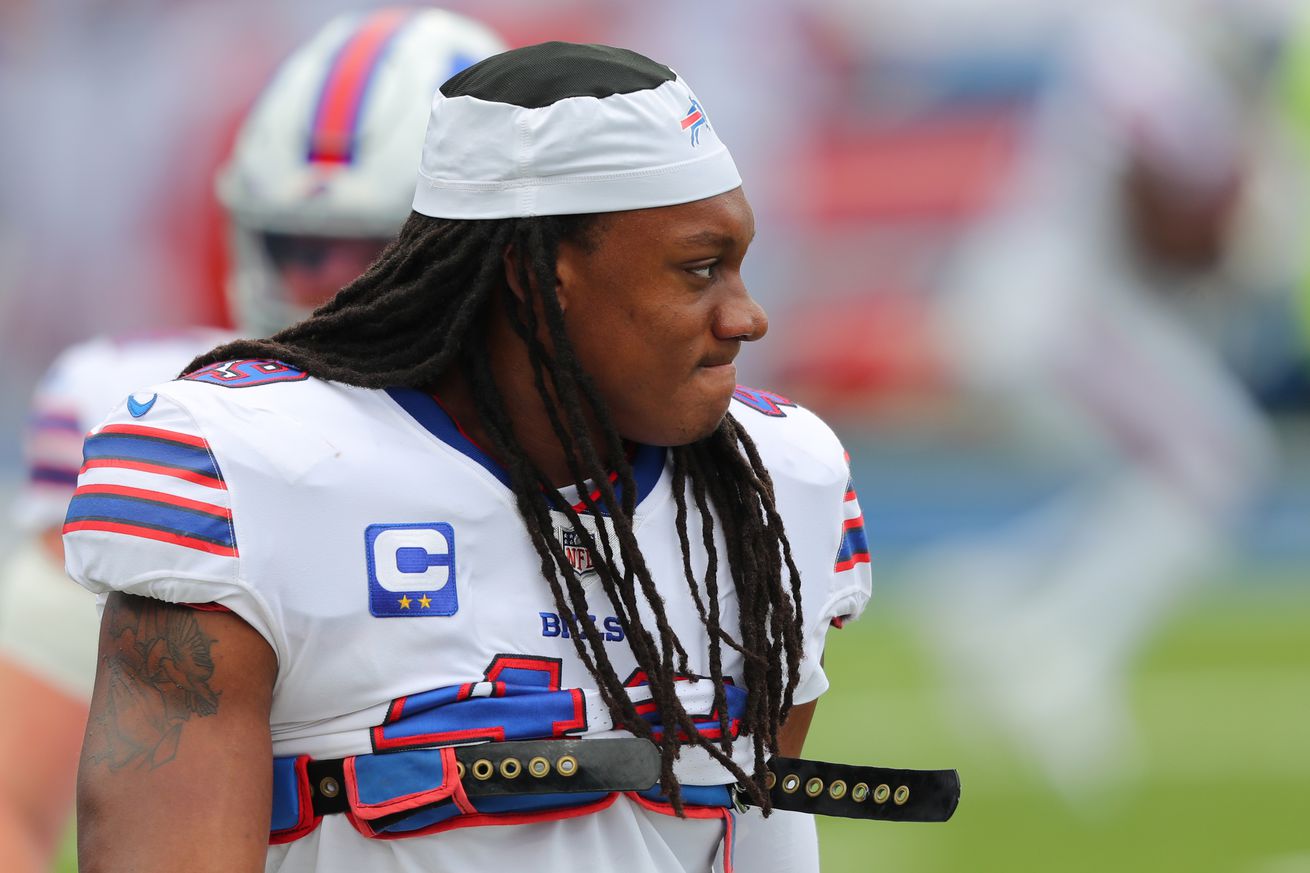 That’s a lot of missing ‘backers

The Buffalo Bills linebacker corps left the Week 1 game against the New York Jets with several injuries. While listed as “day to day” on Monday, Buffalo needs to prepare for the possibility that several of their linebackers won’t be available on Sunday.

On Wednesday, three sat out practice completely while another was limited. Tremaine Edmunds worked on the side with a trainer, working on range of motion and what appeared to be pain management, according to Kyle Trimble of Banged Up Bills.

This was what we saw of Tremaine Edmunds at practice.

He didn’t do much. What he did was still less than other guys. #Bills pic.twitter.com/QtKXZdAg0I

Also sitting out were Matt Milano with a hamstring injury. He isn’t likely to play on Sunday, but we’ll see what happens over the next two days. Del’shawn Phillips, a key special teams contributor, was also out of practice with a quad injury. Tyrel Dodson was in a red non-contact jersey with his neck injury. Andre Smith remains on Buffalo’s practice quad and he was protected this week. It’s likely he’ll be called up this week as an injury replacement.

WR John Brown not practicing due to a foot complication was new information. An injury wasn’t discussed after the game or on Monday with reporters.

Jake Fromm continues to be isolated from the rest of the quarterbacks room due to concerns over COVID-19 transmission, hence his “limited” participation.