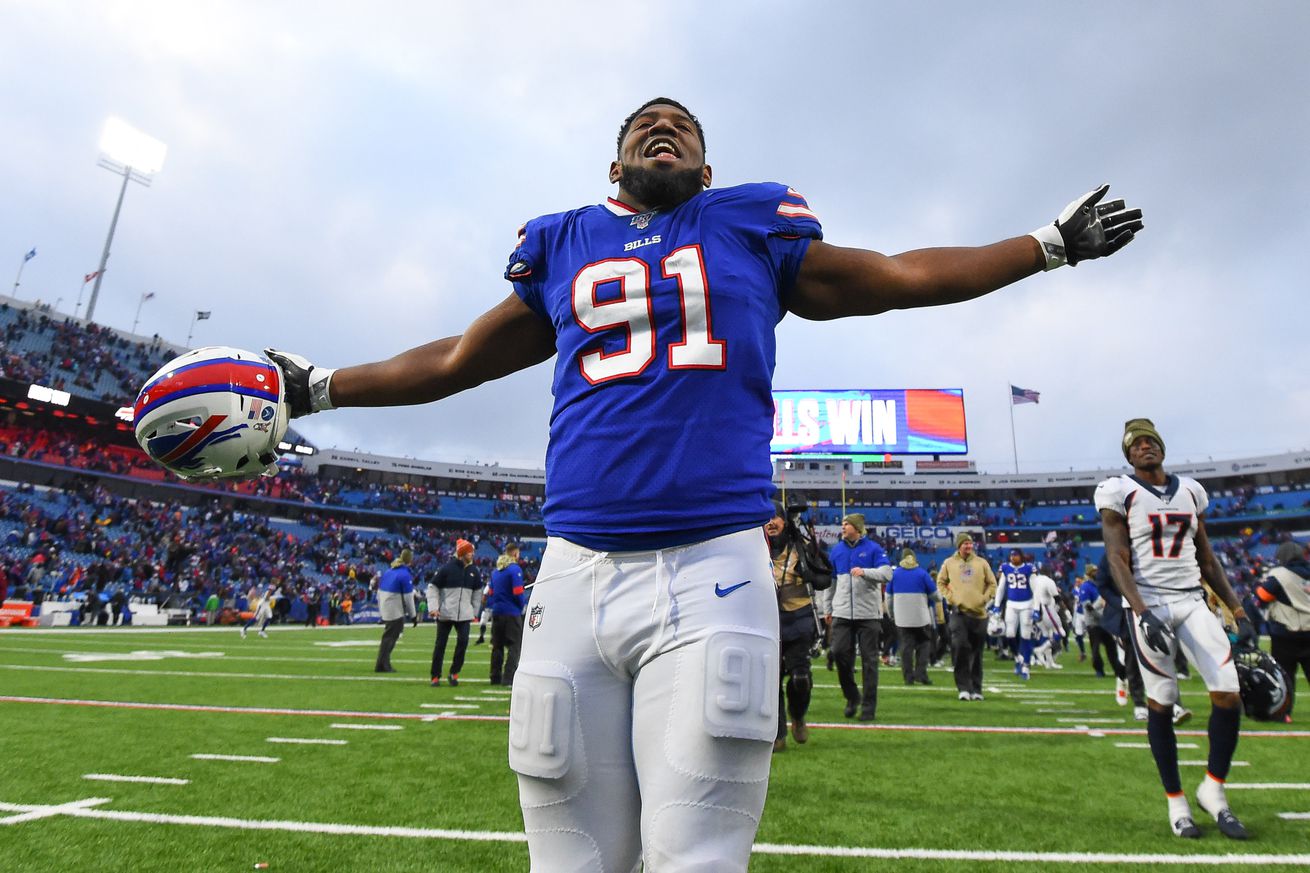 Will the team seen any offensive players head to Vegas?

An NFL team having multiple players selected to the annual NFL Pro Bowl is one way to tell it has a strong, well-thought-of roster. Last year, the Buffalo Bills were gifted three selections, including Tre’Davious White, Andre Roberts, and Tremaine Edmunds, although the latter two were originally alternates. Success breeds recognition, so if Buffalo does in fact win the AFC East and return to the playoffs, will we see additional Bills players punching their ticket to the Pro Bowl?

Special teams players overall have low odds of making the Pro Bowl because each team only needs one person for that facet of the game. Andre Roberts managed to repeat as a participant—albeit as an alternate—last year and may be walking into a three-peat next year as a kick returner. There’s no reason to think he can’t make the team, or his usage will go down as the team’s featured return man.

Stephen Hauschka has never been selected to a Pro Bowl, even at his best and now he’s facing down a camp competition with sixth-round draft pick Tyler Bass. If Bass has a preseason performance impressive enough to beat out Hauschka, then maybe he would be good enough to compete for a Pro Bowl spot. That scenario seems moderately far-fetched, however.

For the second year in a row, the team is having an open competition at punter. If last year’s results were anything to go by, Bojorquez shouldn’t be expected to win. Vedvik has a monster leg, but it’s a long shot to think he’ll supplant a veteran AFC punter like Brett Kern.

Singletary’s impressive rookie season, where he averaged over five yards a carry, may have you thinking that he might be a strong consideration. However, the addition of Zack Moss hamstrings his potential a bit—in ways that fantasy football fans could appreciate.

For all intents and purposes, Mitch Morse is paid like a Pro Bowler. That made his first season with the team slightly disappointing as his play was typically only slightly above average. The former Kansas City Chiefs lineman will be looking for a bounce-back season this coming year, but maybe a spot in Vegas is too much.

As the team’s flashiest offseason addition, Diggs is perhaps the one offensive player who has a high chance of being selected. Although he has never been a Pro Bowler himself, he shared the field with Adam Thielen while with the Minnesota Vikings—Thielen likely cannibalized many of his potential targets. He likely won’t face the same situation in Buffalo as the team’s designated number-one target.

Much has been written about Allen’s improvement’s from his rookie season to 2019. Should that improvement continue, and possibly even accelerate with the addition of Diggs, it’s not completely unreasonable to think Allen could find himself in Pro Bowl conversations.

Seeing as Edmunds and White have already attended the dance, let’s get them out of the way first. There’s no reason to think White will slow down, especially now that he’s in a contract period. The additions along the defensive line may even help him to shine, with more errant, hurried throws coming his way. Still only 22 years of age, Edmunds actually had a statistically worse season in 2019 than his rookie year. But with another offseason of development under his belt, he’ll be competing for the team lead in tackles and even passes defensed. Should he make even moderate statistical gains, he might even be a shoo-in.

Hyde and Poyer have arguably been playing at a Pro Bowl level since they joined the team in 2017. The problem is that the competition at safety is cutthroat, with popular names and legitimate stars like Jamal Adams, Earl Thomas and Minkah Fitzpatrick standing in their way. To have a chance to surpass those back-end defenders, they would need to come down with more turnovers and game-changing plays.

Oliver’s 2019 was more sizzle than steak, but, similar to Edmunds, another offseason of preparation and training could go a long way in allowing him to meet his massive potential. More sacks from his three-technique position would be a good start.

Here’s where I put my opinion out there, so that readers can inevitably laugh at me once i’m horribly wrong. My picks for the team’s Pro Bowlers include White, Edmunds, Diggs, Oliver and Hyde. The team’s newfound depth and talent will allow them to win the division, creating more recognition for players like Hyde and Edmunds. Oliver improves and sees much more time on the field, and Diggs has a career year in receiving yards, similar to John Brown last year.