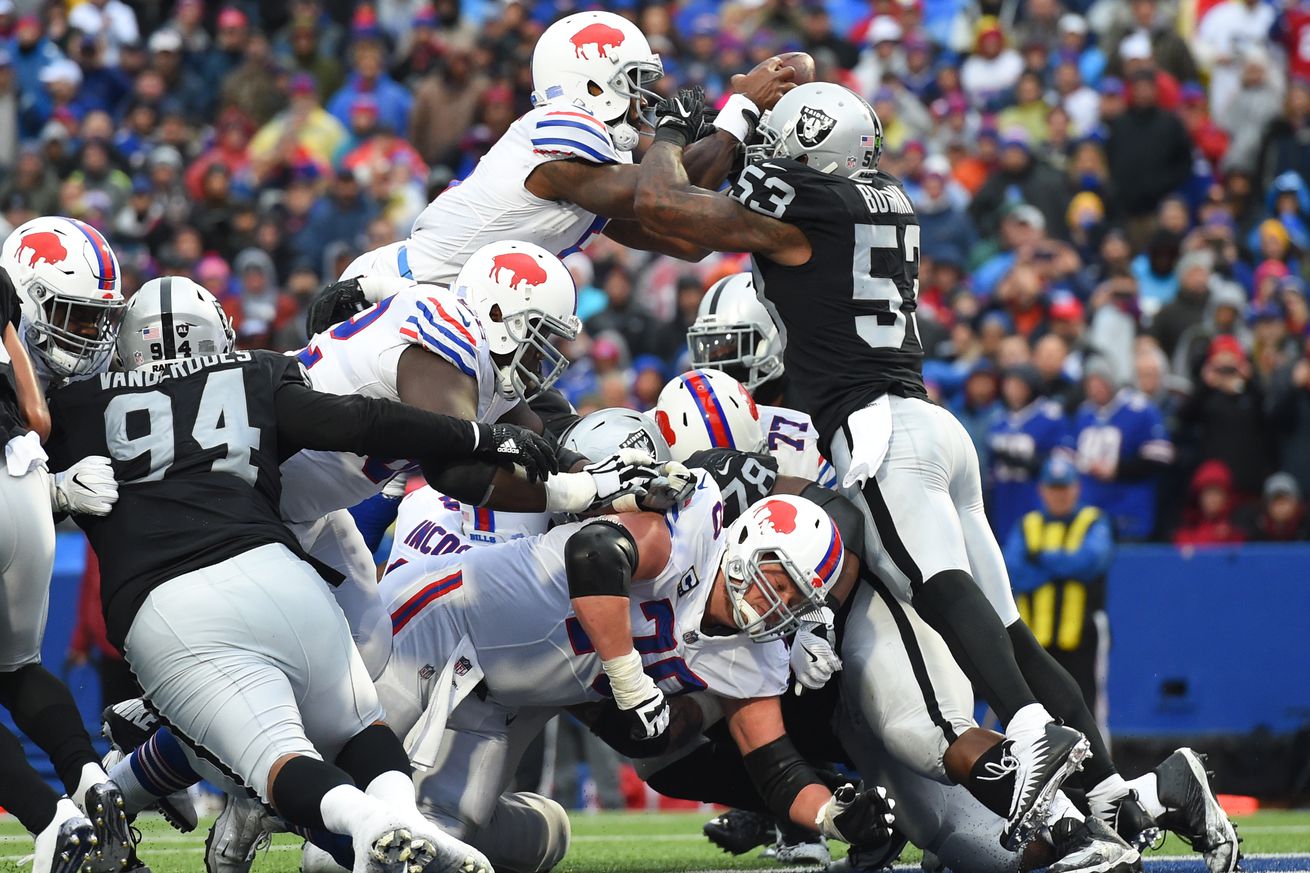 Our undefeated Buffalo Bills have their second road game of the season and their first trip to Las Vegas in franchise history. The Oakland Los Angeles Oakland Las Vegas Raiders will host the Bills in their new city and in just the second game at Allegiant Stadium. Here’s a quick overview of their season, coaching staff, and starting lineups.

Get your #BillsFootballFriday started off right with a quick preview of the @Raiders. #BillsMafia pic.twitter.com/PEYMnBfi13

The Raiders enter the game against the Bills at 2-1. They opened the season with a road win over the Carolina Panthers and then in Week 2 they christened Allegiant Stadium with a win over the New Orleans Saints on Monday Night Football. Unlike the Bills, they could not make it to 3-0 thanks to a road loss to the New England Patriots.

Former head of the Fired Football Coaches of America, Jon Gruden, has captained the Raiders’ pirate ship since 2018. 2020 is the 14th year of Jon Gruden’s head coaching career. Over those 14 seasons he has a career record of 113-107 (.514 W-L%). This is Gruden’s second stint as the head coach of the Raiders—his first coming from 1998-2001. He left the Raiders for the Tampa Bay Buccaneers, where he would become the youngest (at the time) head coach to win a Super Bowl. Gruden has produced a record of 13-22 (.371 W-L%) in his second go-around with the Raiders.

When Gruden returned to Oakland he hired Greg Olson to be his offensive coordinator. Olson was serving as the Los Angeles Rams’ quarterbacks coach prior to becoming the OC in Oakland. Through three weeks of the 2020 season his (and Gruden’s) offense is 15th in yards gained and eighth in points scored.

Gruden’s coordinator on the other side of the ball is Paul Guenther. He came to the Raiders after four seasons as the defensive coordinator for the Cincinnati Bengals. His unit is ranked 27th in yards allowed and 25th in points allowed through the first three weeks of the season.