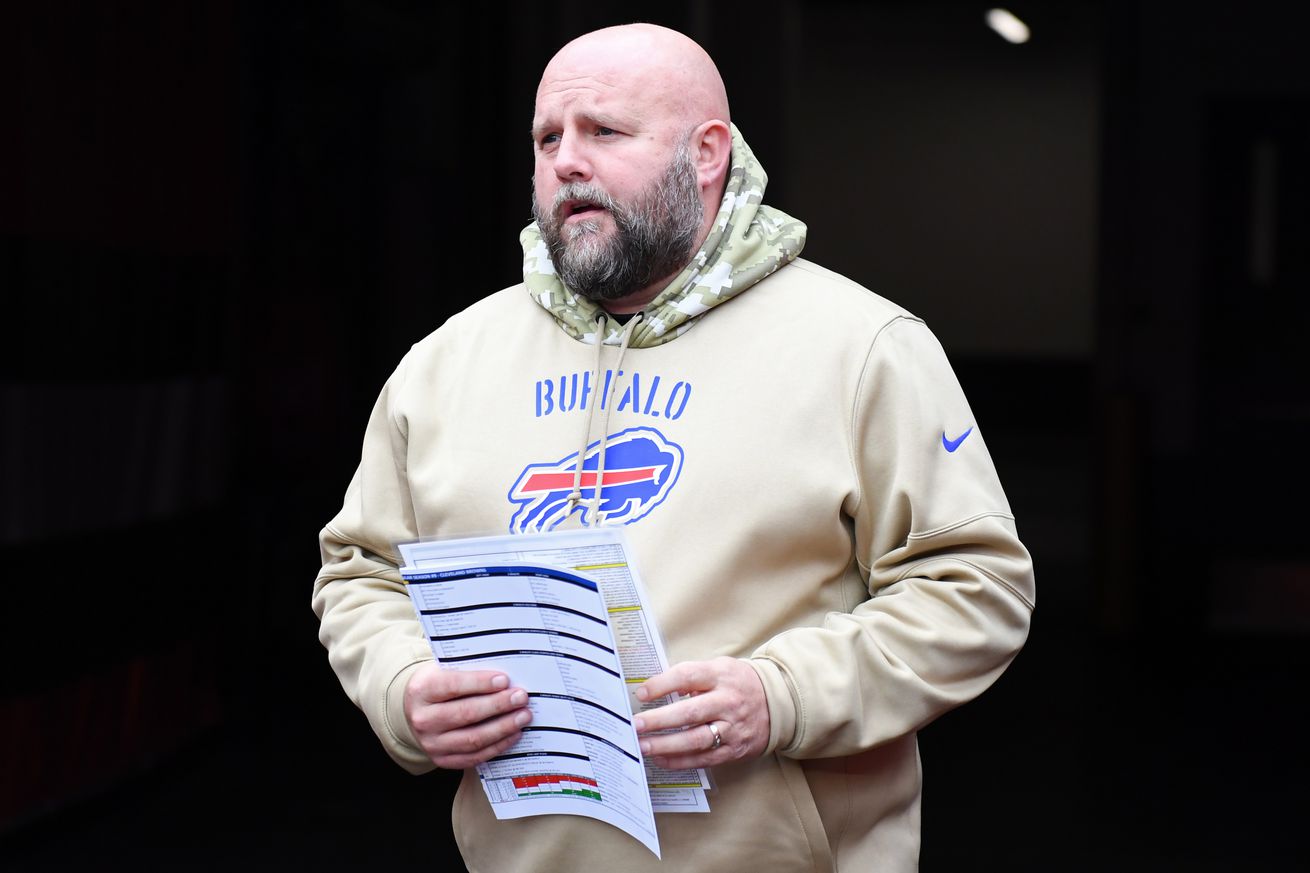 With limited time for opponents to prepare, now’s the time to go no-huddle

The legendary Buffalo Bills teams of the early 1990s are famous for the type of record-breaking offense they ran, specifically a full-time, hurry-up offense known as the K-Gun. Since then other teams, such as the Peyton Manning-led Indianapolis Colts and the Tom Brady-led New England Patriots, temporarily ran versions of the hurry-up offense here and there to great success. It’s that Patriots example that bears more discussion however, as their offense now and at the time—the famous Erhardt-Perkins (E-P)—is exactly the type of offense Buffalo runs.

One of the main advantages of the E-P offense is that it’s much easier to learn than something like the West Coast offense, both for quarterbacks and receivers. Instead of learning and spouting off various routes for the wide receivers to run, the E-P system instead relies on route “concepts.” I don’t want to get too in the weeds (and a more detailed explanation can be found here) but an intentional benefit of the E-P offensive system is that only a few words are necessary to call plays. So instead of having the quarterback say “Green Right X Shift to Viper Right 382 X Stick Lookie,” it’ll be more like “F Right 72 Ghost/Tosser.” Obviously, this simplified terminology is tailor-made for the hurry-up offense, as it can be quickly and easily shouted at the line of scrimmage or in a sugar huddle. The concepts and plays can even be further reduced down to a single word, if need be.

Among the requirements of an effective no-huddle offense is a smart quarterback who can quickly diagnose defenses at the line of scrimmage. Not many people consider Bills quarterback Josh Allen to be the most cerebral of players, but the tape is littered with examples of him diagnosing the defense and changing plays. In addition, Allen has already dabbled in the up-tempo game plans, which he performed to great effect last year in a three-game stretch during the middle of the season (Weeks 10-12). That stretch culminated in perhaps his best game as a pro, the Thanksgiving game against the Dallas Cowboys.

There are also a couple of added benefits to changing to a more up-tempo philosophy specific to 2021 and that has to do with the on-going coronavirus situation. Because of veteran players opting out such as defensive play callers C.J. Mosley and Dont’a Hightower, and with little time for their replacements to practice, going up-tempo is exactly the type of strategy to employ and take advantage of the situation and stress defenses. In addition, with the limited on-field practice time, conditioning will be a problem for teams, which again, is something that the no-huddle offense is designed to take advantage of, by hampering substitutions.

If the Buffalo Bills want to be counted among the upper-echelon teams in the AFC, their quarterback play and offense will have to take several steps forward. Breaking out a version of the no-huddle offense is exactly how they can do it. This is the year for it.