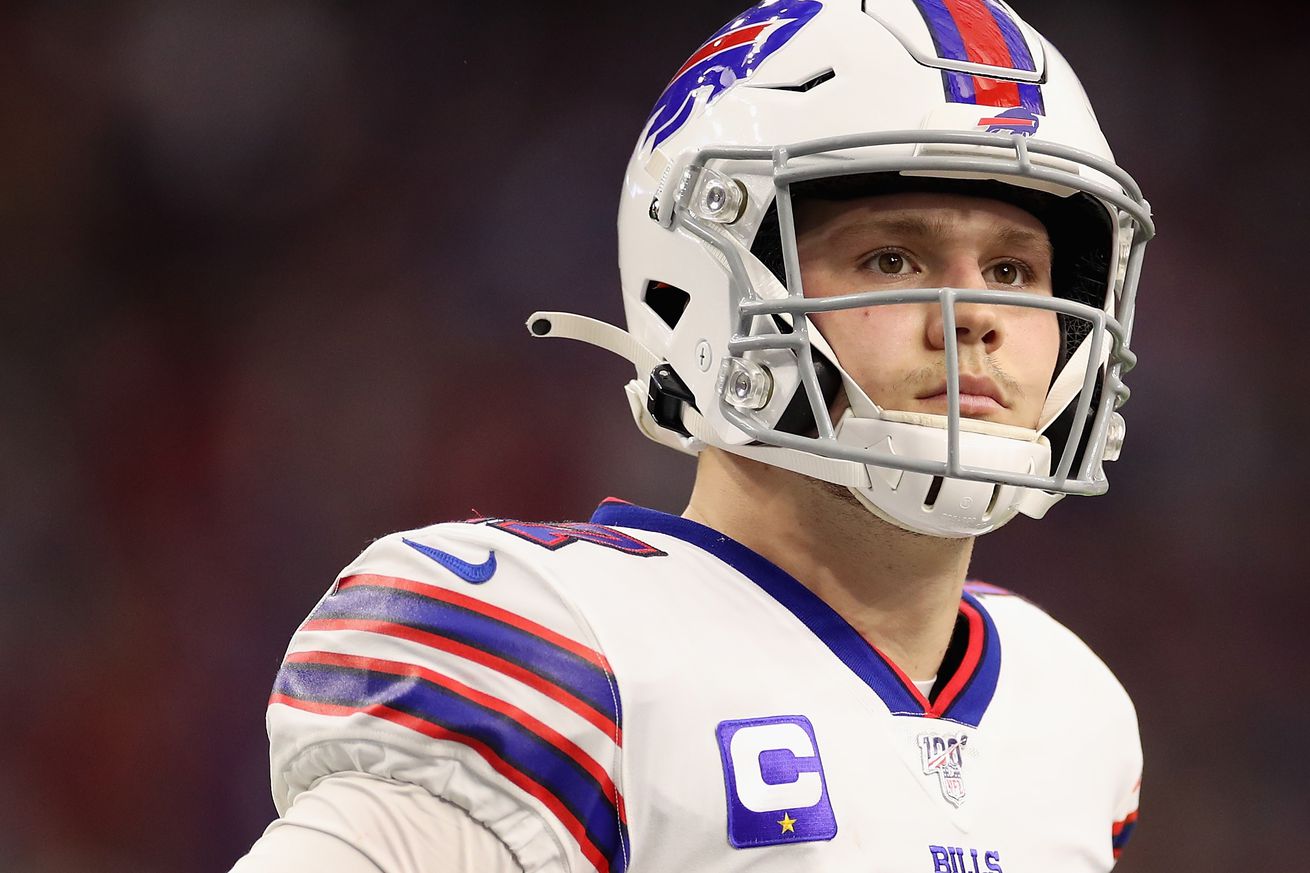 What does the annual football compendium think of Allen?

If there’s a football site that has an affinity for their inner nerd, it’s Buffalo Rumblings. As a promoter of improved football statistics I see firsthand on a daily basis that this is a community that embraces data like no other. The assumption then is that many of you know all about Football Outsiders already.

For those of you who don’t, they’re basically The Manhattan Project of football statistics, refining existing stats and creating new ones constantly. For me, one of the most refreshing features of Football Outsiders is the transparency behind their stats. They aren’t all perfect, but there’s no attempt to hide the method. Here are some of the highlights on what they had to say about Josh Allen.

Football Outsiders’ first sentence on Josh Allen is one Buffalo Bills fans know in their heart is true. “There will not be any excuses left for Allen following the 2020 season.” Citing overall continuity on offense and the addition of Stefon Diggs, they remark that he “has every tool available to him to succeed.” Sink or swim, this year is on Allen’s shoulders.

Despite having the tools to succeed and some favorable circumstances we’ll get to in just a minute, the Almanac cautions it “does not mean he will make the mental strides and deep-passing improvements required to send him into the upper echelon of quarterbacks.”

Much of their Allen analysis follows their statistical models, which is understandable given the nature of their work. In one of their signature stats, Defense-Adjusted Value Over Average (DVOA), Allen is projected to rate at -11.1%, which is an improvement from 2019’s -11.8%. Last year’s top quarterback was Drew Brees at 39.8%. DVOA is a complicated stat that I literally do not have the space to explain here, but the resulting numbers are intended to provide a measurement where a quick glance suffices and Allen’s negative is not good.

The worse news is that Allen fares similarly regardless of the statistical method you prefer.

“It would be a much more reasonable assumption of growth to say Allen will be an average quarterback instead of a potential top-10 passer who will carry the Bills to the promised land.”

I’ll level with you all. There isn’t a lot of good news when you do a statistical analysis of Josh Allen. Rumblings readers have seen it first-hand with my Allen articles. Football Outsiders acknowledges the imperfections in their own systems, which provides some hope that their numbers are wrong. On the flip side, they use a large number of metrics and they all point to Allen being below average as a quarterback.

Bills fans are used to “outsiders” being pessimistic about the team, but the Almanac write up seems overall very optimistic toward Buffalo. They do circle back to Allen being the possible limiting factor but always back it up with data that drives the conclusion. There appears to be no inherent malice in the write up, which is best embodied with their one-sentence projection for the coming season. “2020: It’s time for Josh Allen to prove us wrong.”

Football Outsiders goes out of their way to address possible anomalies that might suggest another large jump for Allen, including the tried-and-true tale of two halves regarding the season.

“A common defense for Allen’s poor production last season is that his year-long numbers are bogged down by a significantly worse first half of the season compared to the second half of the season, which is true. In fact, DYAR supports this claim.”

DYAR is another of their signature stats that uses DVOA to compare a player to a hypothetical baseline “replacement” player. The Almanac indicates that in the first eight games Allen had an average of -23 DYAR and about 20 DYAR per game in the last eight games. They caution that this does not inherently mean the improved performance will continue but fans should still see this as a glimmer of hope.

The information on Allen also notes that most quarterbacks make their biggest jump from year one to year two, which they note “makes sense.” Regarding the Bills’ signal caller they wrote, “Allen very much lived up to that expectation, going from -35.9% DVOA as a rookie to -11.8% in 2019, nearly doubling the averaging jump a young quarterback experiences.” Caution is again warranted as they reiterate that progress following a quarterback’s rookie year tends to be much lower. Per the Almanac, “it would be a much more reasonable assumption of growth to say Allen will be an average quarterback instead of a potential top-10 passer who will carry the Bills to the promised land.”

If you can handle a candid take based on stats then don’t shy away from the Football Outsiders’ 2020 Almanac. Fans of the Buffalo Bills should already know that Josh Allen has work to do to be the player we’ve all been hoping for. Furthermore, we should already be well aware that statistically the Bills’ offense and Allen have been below average. With that particular cat out of the bag then, the Almanac just provides a more in-depth breakdown of stats for us deep-dive fans.