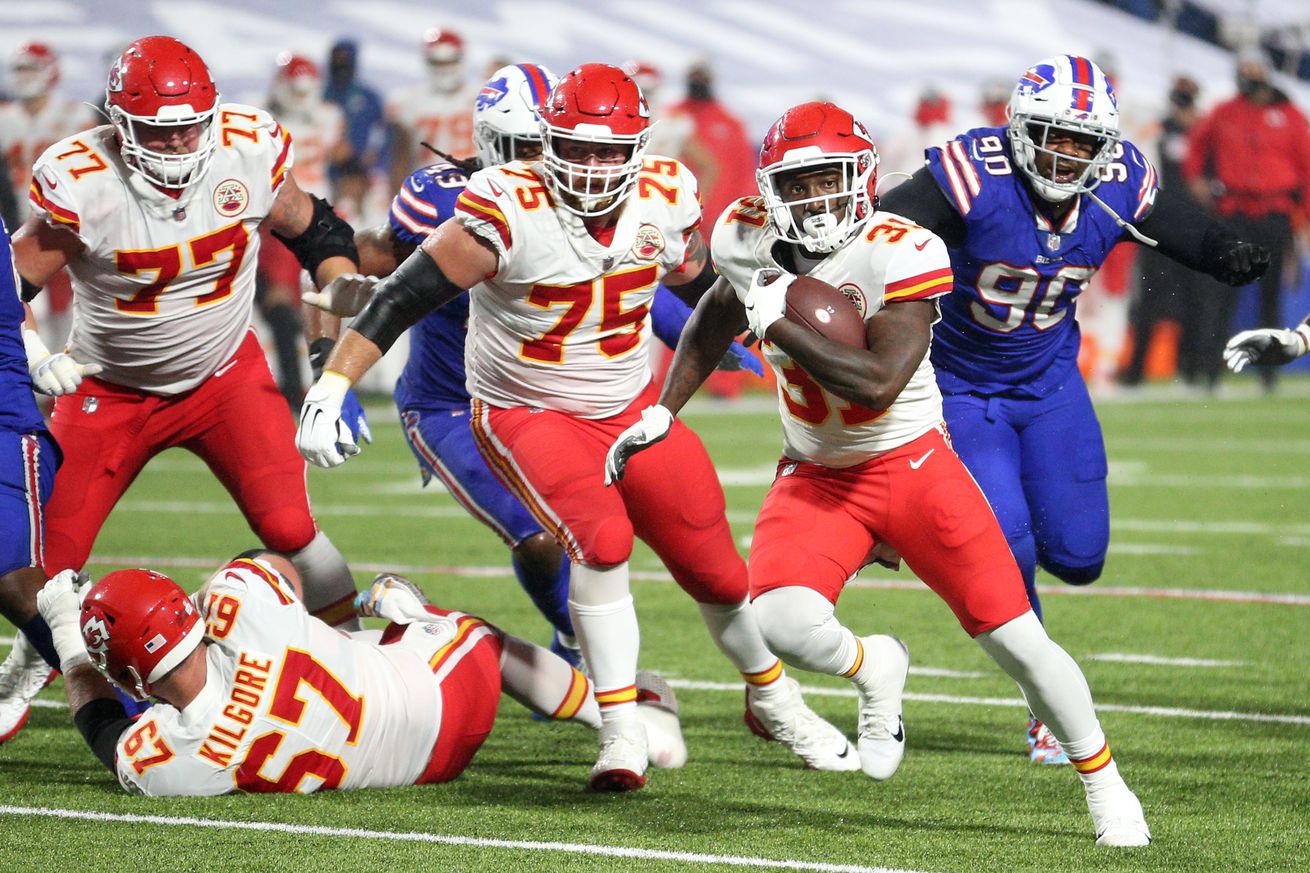 Two straight weeks have the Bills crashing back down to Earth.

For the second straight week, the Buffalo Bills put together a lackluster performance in a primetime game where they could have shown the nation they belong in the conversation with other contenders in the league. On a rainy night in Orchard Park, both sides of the ball seemed to be in neutral, and questions have begun to sprout about this team.

Early on against the Kansas City Chiefs, the offense looked average at best. They had some nice moments, but never seemed to gain any momentum all game. The running game continued to flounder, and it’s turned into a problem that’s catching up with them. Teams aren’t always going to be able to pass for 300 yards. Mahomes didn’t even throw for 250 yards on Monday. The weather will get worse as the season goes on, and the Bills need to have a strong run game to counter it.

Of course, Josh Allen never got into a rhythm. Sure, he had some nice throws and a couple of good runs—the latter of which he’d strayed from the past few games. Other than that, it was not a performance to write home about. He missed a lot of easy throws that seemed routine in the first month of the season, and against the Chiefs it really hurt the offense.

The defense once again didn’t show up. From start to finish, Kansas City was able to punish the Bills on the ground to the tune of 245 rushing yards. It was the third-most rushing yards allowed by head coach Sean McDermott’s defense to this point in his tenure with Buffalo. This definitely isn’t the same defense from last year and one has to wonder if and when it will ever get back to that level again. Too many times in 2020 we’ve see the defense get run over, and lately they look like they can’t ever get a stop.

As such, the defense also has a problem getting off the field on third downs. Against the Titans and the Chiefs, the Bills’ defense allowed over a 60% conversion percentage on third downs. If a defense let its opponent succeed in long sustaining drives, it isn’t going to win many games. Against Kansas City, the Chiefs’ offense controlled the game all night and kept the Bills’ defense on the field for extended periods of time.

So where do the Buffalo Bills go from here? Well the good news is they go on the road to play a winless New York Jets team, so you would hope the Bills can rebound on the road to get a win. And they still have a 4-2 record with a two-game lead in the division over the Miami Dolphins. However, the Week 6 loss is going to raise way more questions than answers about the Bills. Can they ever get the run game going? Is this defense going to wake up and play to the standard it set the last couple seasons? Can Josh Allen put behind another bad game and get back to the MVP-level of play he produced in September? It remains to be seen, but they still have time to find the answers and get their season back on track.