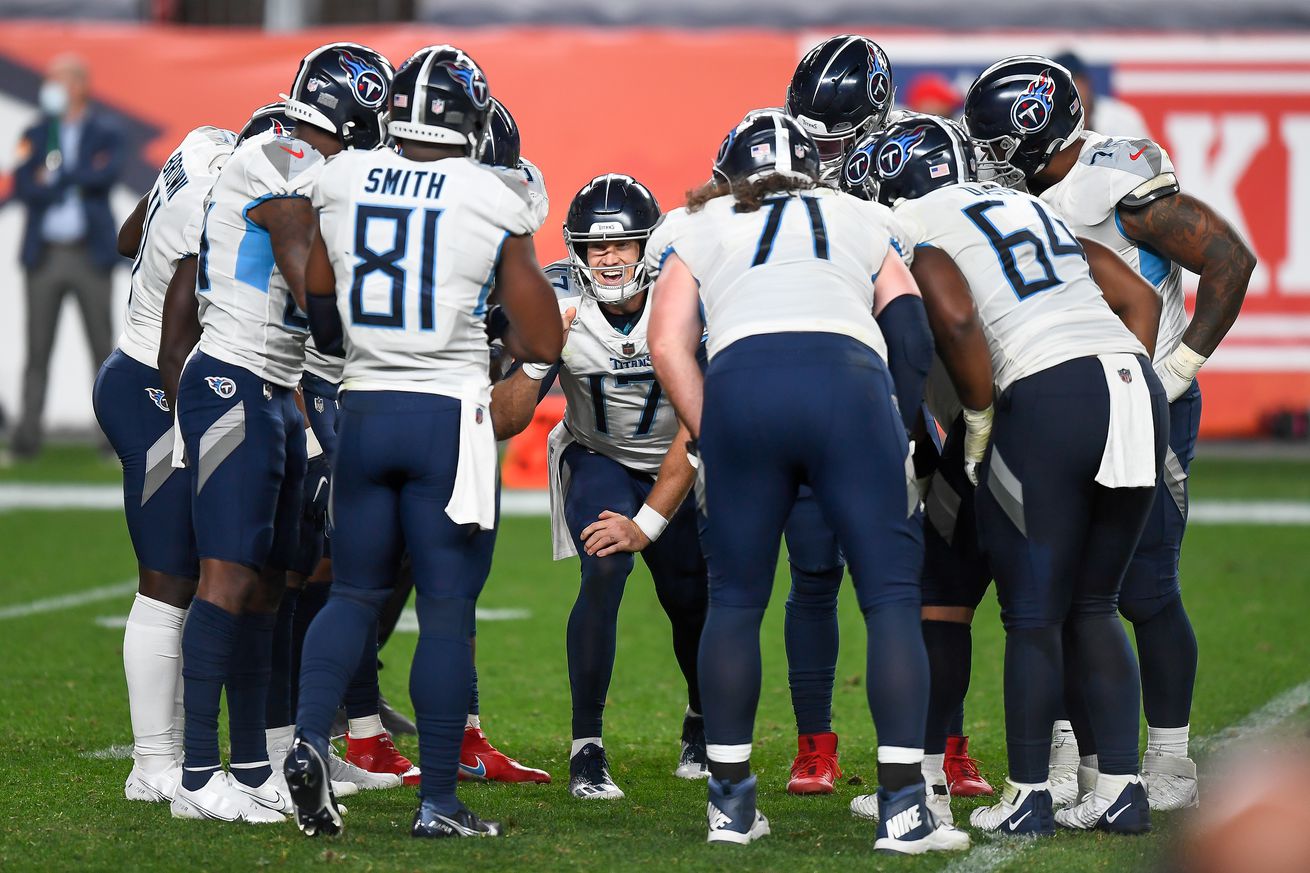 One more day of negative tests would keep the game on track.

The Tennessee Titans reported no new COVID-19 positive results on Monday, meaning the batch of samples collected Sunday was free of any new coronavirus cases. If the Titans have no new cases among Tuesday’s result, they will be able to return to the practice field on Wednesday to prepare for their game against the Buffalo Bills this coming Sunday. That would give them a normal game week number of practices.

The Titans closed their facility last Tuesday after multiple positive results came in from their Monday tests on September 28th.

The number of Titans who have returned positive results stands at 20 including nine players. They will need to clear the COVID protocol in order to play, but they’ll have enough time as long as their symptoms dissipate.

NBC’s Peter King wrote a long list of reasons why the NFL wants the game to go on as scheduled as well as tonight’s game between the Kansas City Chiefs and New England Patriots. The Chiefs and Bills play on the Thursday following the Bills/Titans tilt.

“Why rush the Patriots-Chiefs game to tonight and have the league override its rule about not traveling on the day of a game? Three reasons,” noted King. “The league didn’t want to saddle Kansas City with a Tuesday-Sunday-Thursday (at Buffalo) stretch of three games in 10 days. KC would have been open to move the game to Friday, but FOX doesn’t pay $60 million per game to play a sexy game (KC-Buffalo) on a bad night for prime time, Friday.”

“Kansas City certainly would have been okay with moving the Thursday-nighter to the FOX Sunday doubleheader window in Week 6. Two problems: No team wants to add an extra short-week Thursday-night game, and every team has one already. And two, the FOX doubleheader game that week is Aaron Rodgers at Tom Brady. End of discussion.”

So pushing the Bills vs Chiefs game doesn’t look like it’s an option, meaning Buffalo vs Tennessee this Sunday at 1:00 p.m. EDT looks to be like the one and only plan at this point.