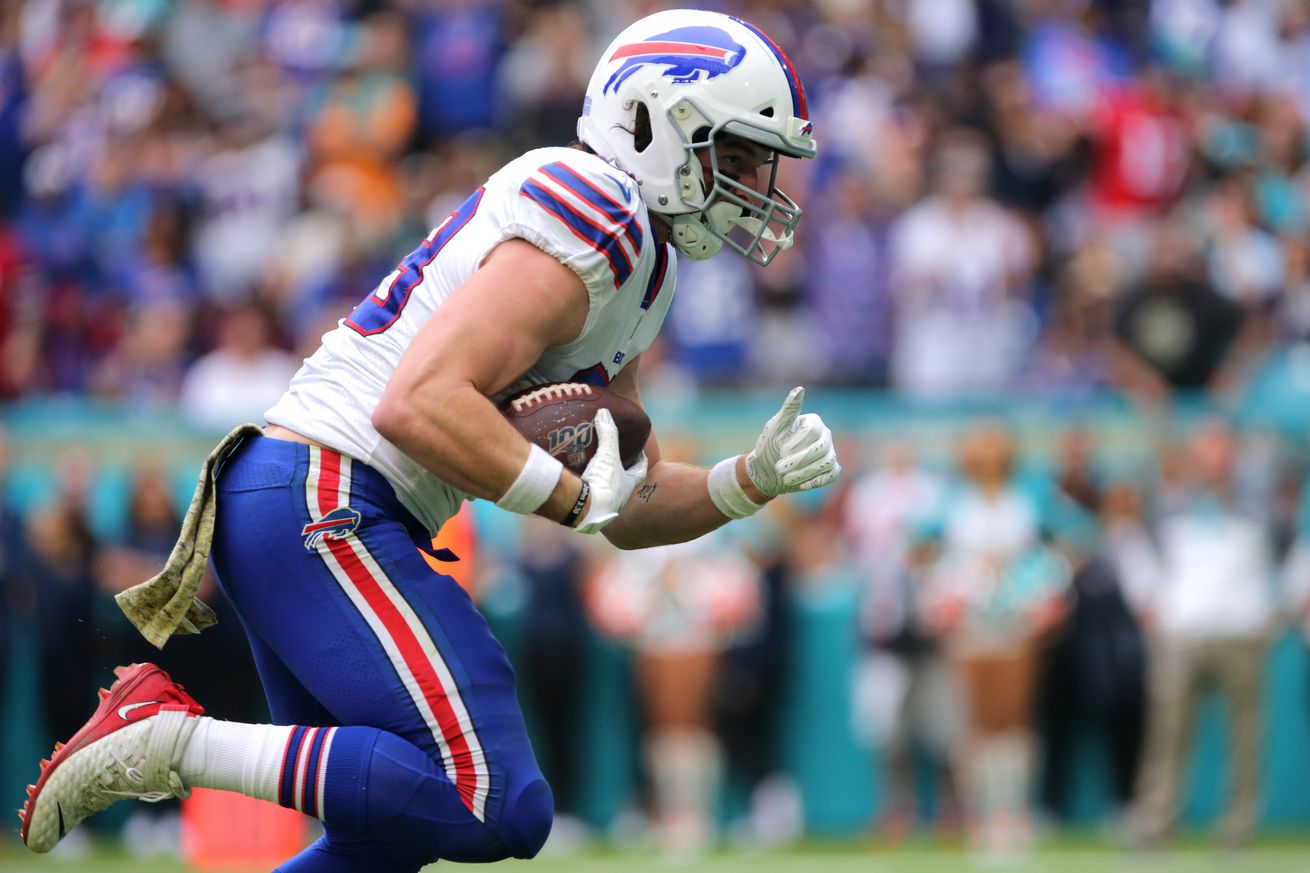 When the Buffalo Bills drafted Dawson Knox in the third round of the 2019 NFL Draft, they knew they were getting a prospect with lots of potential—and little pass-catching experience. While I loved the big-play ability from Knox last season, it might be a bit early to draft him as a starter for your fantasy team.

Considering that most fantasy leagues only start one tight end per weekend, it becomes a bit of a numbers game that works against Knox. ESPN currently has Knox as the preseason ranked number 27 tight end this year. I could argue that the ranking is too low for Knox, but in most of my leagues I am only drafting one tight end. Knox certainly has plenty of upside as a bye week fill-in or in daily fantasy leagues.

As mentioned earlier, I love the potential that Knox showed during his rookie season. I hope that he will show improvement when it comes to drops, as he continues to develop a rapport with Josh Allen. If these hopes do come true, Knox will be a popular free agent in all fantasy leagues across the country. But for now, I am holding off on drafting Knox during the 2020 season.