The Buffalo Bills faced the Arizona Cardinals in a duel in the desert, as Arizona outdueled the Bills. It was a back and forth game with each teams taking leads throughout, and the Bills thought they had won it with just 36 seconds left as Josh Allen found Stefon Diggs in the end zone. It wasn’t meant to be though, as Kyler Murray heaved up a Hail Mary pass to DeAndre Hopkins to win Arizona the game, 32-30.

With that, here’s Bills Wire’s stock report following the Bills’ loss to the Cardinals: 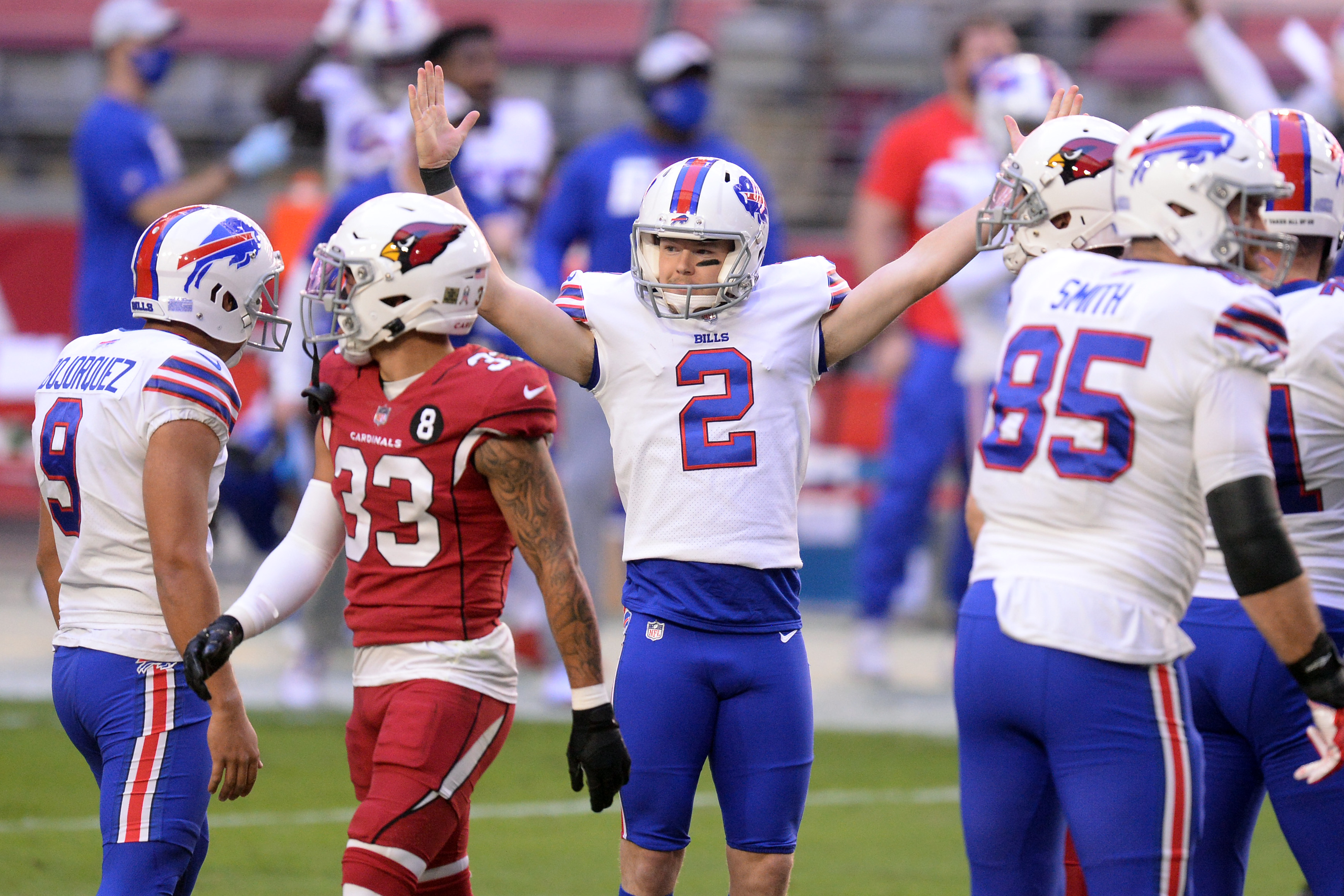 The rookie kicker started his career in Buffalo with two missed field goals against the Jets. After his first game though, he has had a good season. Against the Cardinals, he kept the Bills alive with three field goals, with all three being hit from 50 yards or longer.

Bass was drafted due to his big leg, and Buffalo needed it against Arizona. He hit from 53-yards, 54-yards, and an outstanding 58-yards. Bass’s kicking form might be unconventional, but it’s working for Buffalo at the moment.

The Bills were on the brink of victory due to Stefon Diggs, and Diggs throughout the game made some key plays. He came into the contest leading the NFL in receiving yards, and added to that tally, with 10 catches for 93 yards, and one touchdown. This leaves Diggs with 906 yards this season and four touchdowns.

The most impressive part of Diggs’ performance was that he was lined up against one of the best defensive backs in the league, Patrick Peterson. Diggs has consistently shown his value throughout the season, and the game against the Cardinals didn’t prove any different.

While Diggs had a great game, he wasn’t the Bills’ leading receiver, that honor falls upon Cole Beasley.

Beasley was the safety blanket for Josh Allen throughout the game, finding himself open on crucial third downs. His most impressive catch was a no-look one-handed grab on third down, that kept a Buffalo drive alive.

Beasley ended the game with 11 receptions, 109 yards, and one touchdown.

Like Bass, AJ Klein hasn’t had the best start in Buffalo, but for Klein, his poor form stretched until week nine against the Seahawks. Klein extended his run of good form against the elusive Murray. Klein had 11 tackles and one sack on the day.

The Bills defense on a whole played well against one of the best quarterbacks in the league, and Klein led the charge. He was always around the football on crucial downs and making big plays. If Klein can continue his run of good form, the Bills can be serious contenders come January.