The Bills are pretty much fully underway into their 2020 training camp slate. The Bills can hold a maximum of 14 padded practices during the 21-day contact integration period ahead of the 2020 regular season. Just a few of the several curve balls the COVID-19 pandemic has sent us this offseason.

Of those 14 practices, we’re about halfway through them. With still a nice chunk of work left to do before the Bills meet the Jets for their season opener on Sept. 13, let’s check in with the roster’s stock report.

Here’s the latest stock up, stock down for the Bills from training camp: 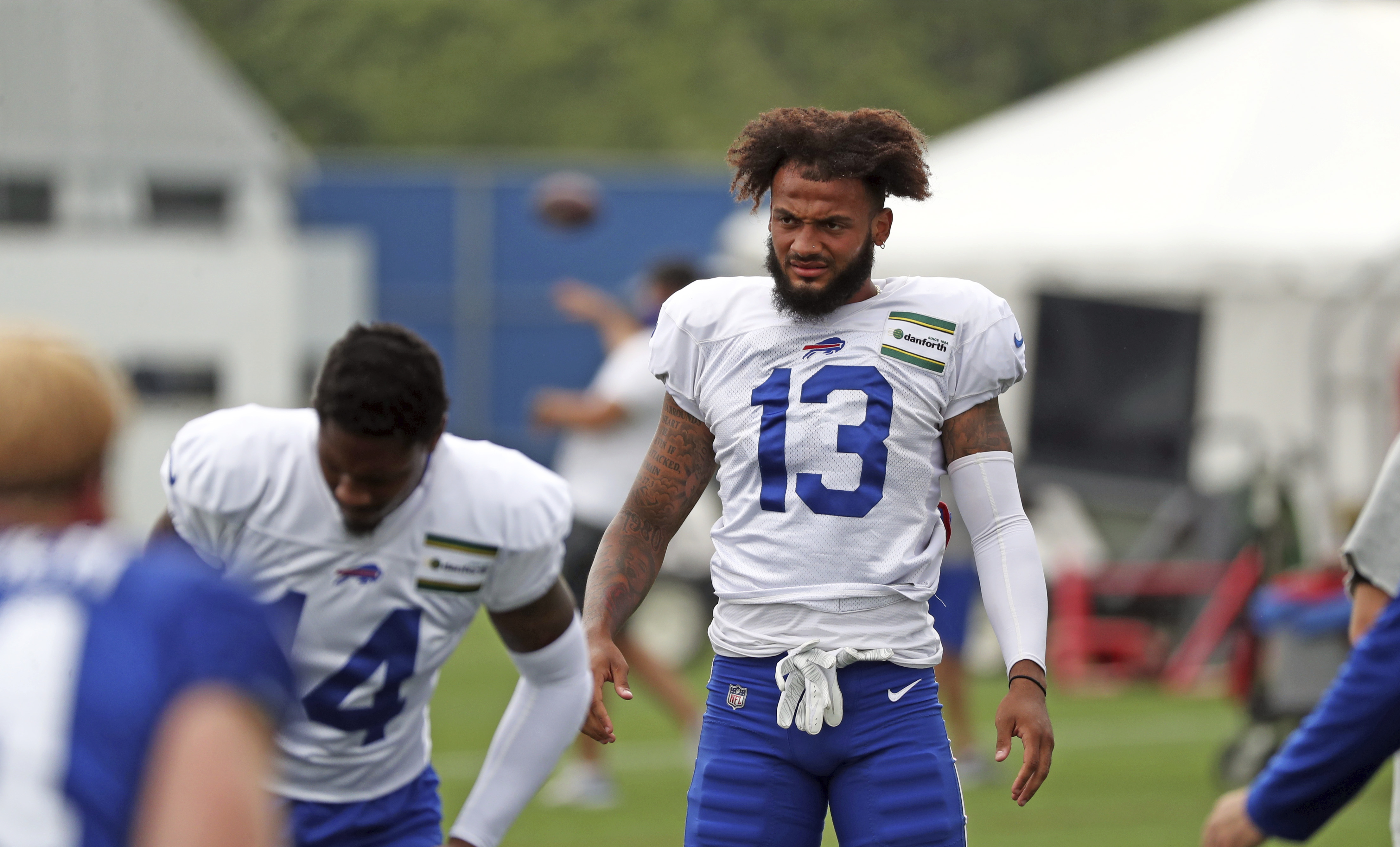 Let’s start with the star of training camp. For years the Bills have coveted two things, a No. 1 wide receiver that’s going to knock your socks off and a big-bodied target that can’t be stopped. Nobody just really expected to get both of those via two players in Stefon Diggs and rookie wide receiver Gabriel Davis.

Diggs has impressed in camp in his own right, yes, but could his stock get any higher? Probably not. As the season unfolds, Davis might be getting more and more reps in the Bills offense as he’s already flashing an ability to box out defenders all throughout training camp.

Isn’t it nice to see all the eyes on a depth wide receiver for once who… actually seems legit? 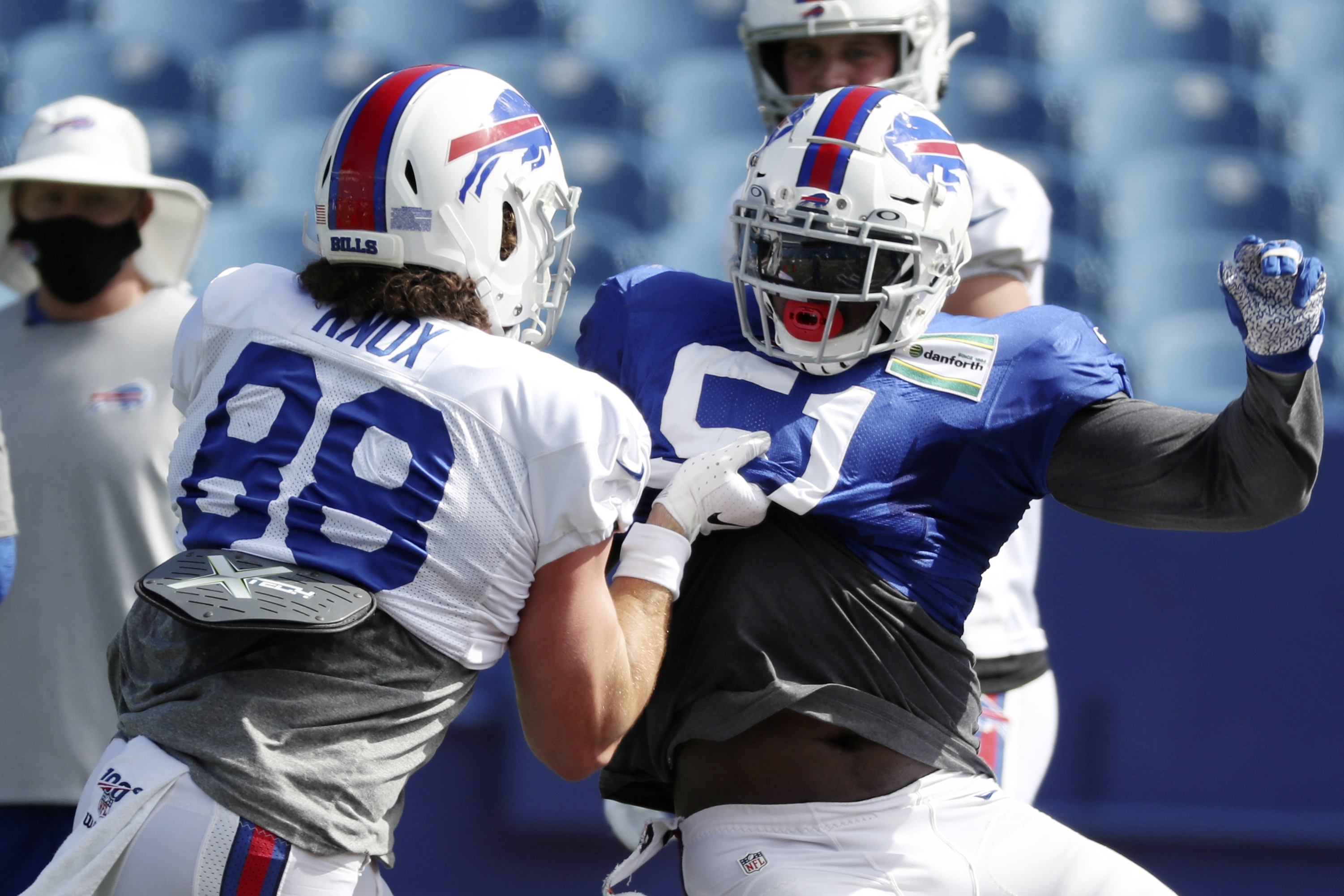 The defensive side of the ball has their Gabriel Davis as well and it’s Bryan Cox Jr. He’s more of your typical “depth wide receiver” type of guys who’s definitely on the bubble at this time, but he’s certainly making things interesting on the edge. Cox has notched several “sacks” on multiple days of training camp (they don’t actually tackle QBs at camp), even seeing some time against quarterback Josh Allen and the first-team offense. Jerry Hughes, Mario Addison and AJ Epenesa are your roster locks at defensive end, but if the Bills see Trent Murphy as an expendable player, could Cox be the team’s No. 4 defensive end? Or could the team even keep five?