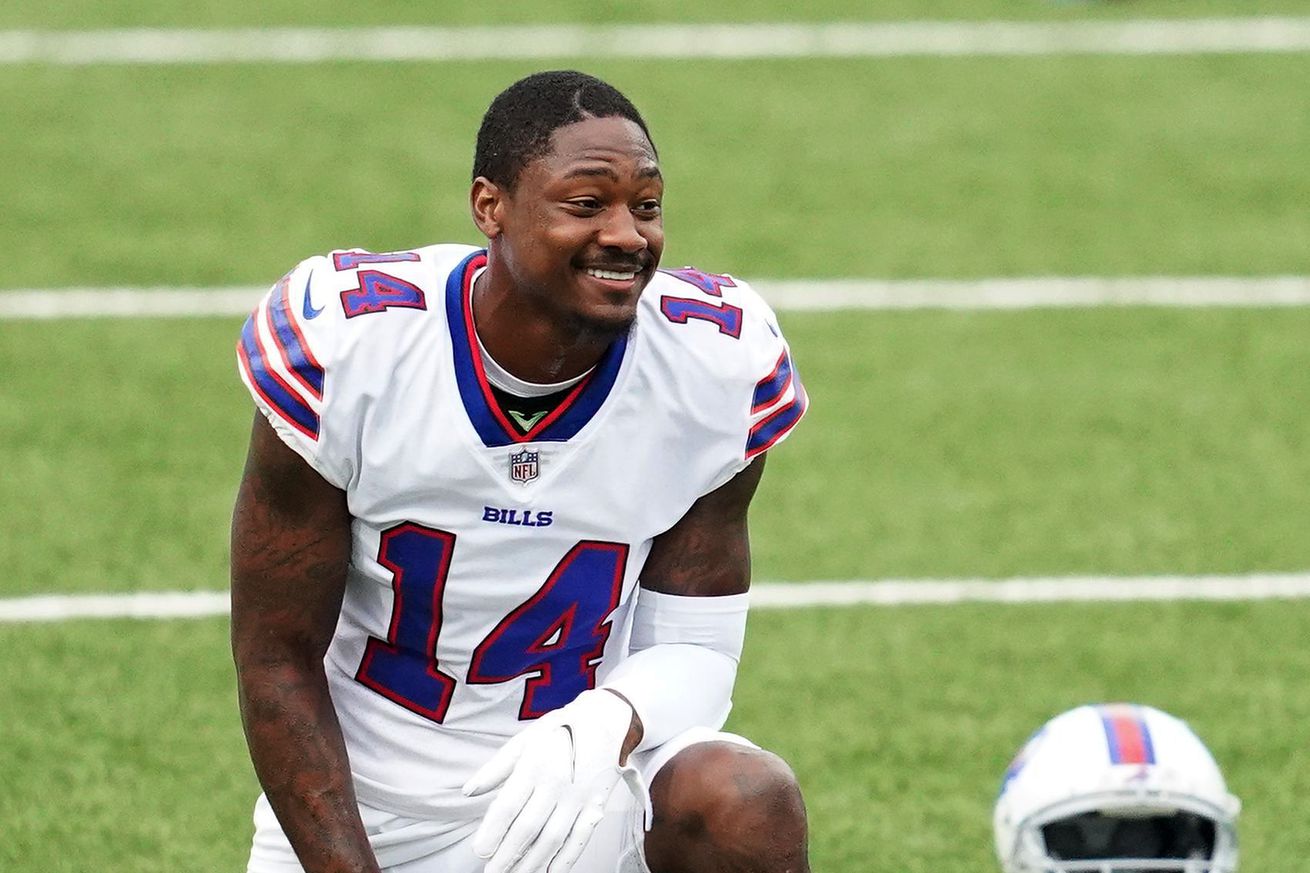 Diggs has been very good.

The Buffalo Bills acquired WR Stefon Diggs in exchange for a first-round pick and some other considerations this spring. The Minnesota Vikings got the short end of the stick anyway.

On Sunday, Diggs caught 8 passes for 153 yards and his first touchdown as a member of the Buffalo Bills and had four catches over 20 yards. He opened up the field for other receivers to get open, too, and quarterback Josh Allen has set career highs in passing yards in back-to-back weeks, totaling more than 700 yards through the air. Allen ended up passing for nearly 12 yards per attempt in Week 2.

Diggs becomes the first Bills receiver since Stevie Johnson in 2011 with eight catches in consecutive games. He’s the first Buffalo receiver since Peerless Price and Eric Moulds in Drew Bledsoe’s record-setting year of 2002 to catch 16+ passes combined in the first two weeks.

He wrestled the ball away from defenders to come down with it multiple times and and used his speed to beat the Dolphins’ talented secondary with a stutter-and-go deep ball. In short, he’s exactly what the Bills wanted when they made the trade. Thanks, Minnesota!