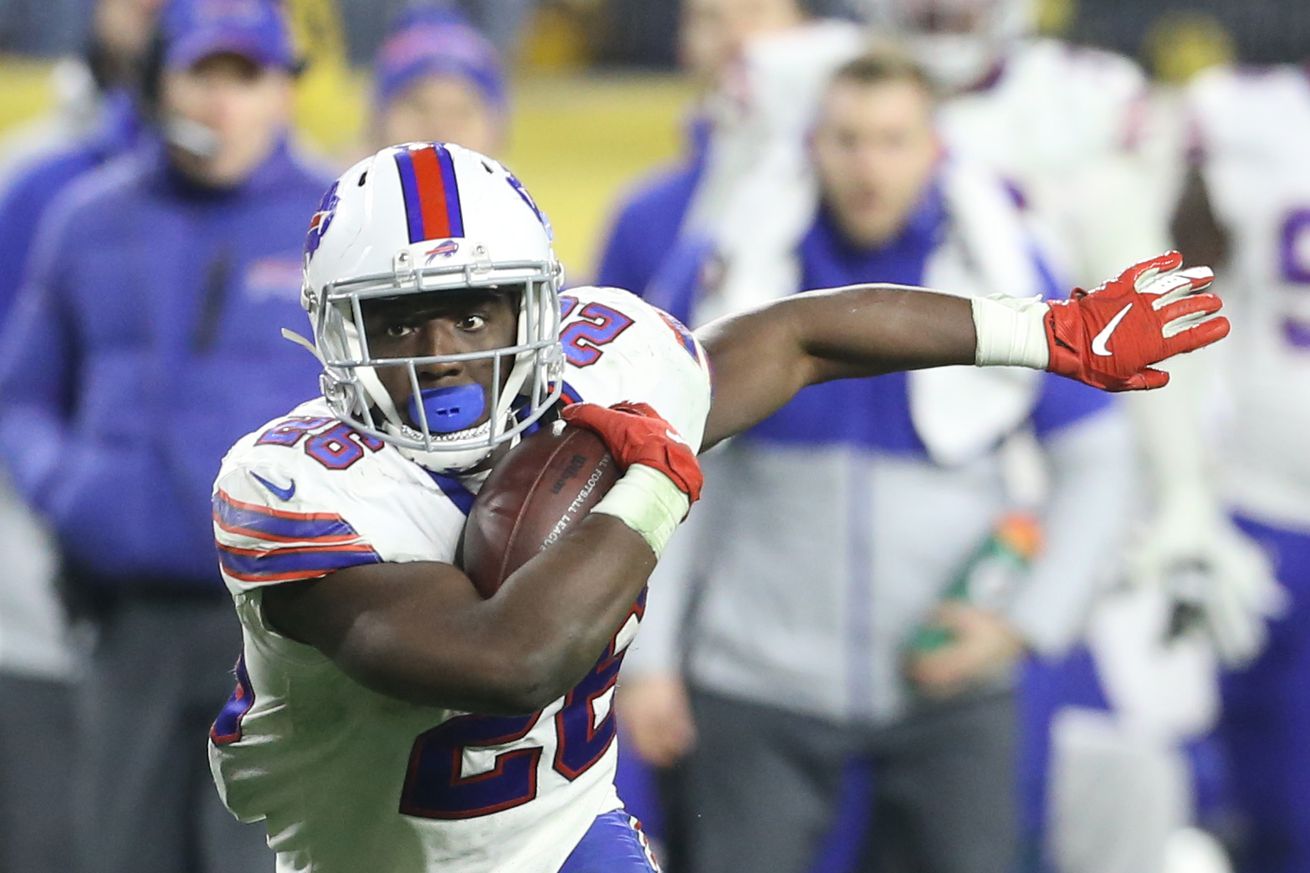 But will there be a timeshare in the backfield?

Running backs are always a major focus for fantasy football owners across the country, and the Buffalo Bills have a couple of options getting attention this season. Both Devin Singletary and Zack Moss are worthy of roster spots, but how early should both be drafted?

The consensus ranking, courtesy of ESPN.com, have Singletary rated as the 22nd running back in the NFL. This puts him on the fringe of being an RB2 or a regular FLEX starter in most leagues. Moss is currently ranked number 46 among running backs, making him an option for a bench spot in deeper leagues, and as a possible handcuff for Singletary owners.

A tough decision with Singletary

While the Buffalo backfield features two talented backs, there are plenty of questions around what their respective workloads will look like. Singletary established himself as a viable starting option in 2019, as he rushed for 775 yards on 151 carries (for an impressive 5.1 yards per carry). I expect that Singletary will be the primary back in Buffalo this season – but am unsure if he will get the touches in the red zone. The Bills had 32 rushing attempts inside the 10-yard line in 2019, and Singletary only received 3 of them. This makes me think that Singletary is a better FLEX option as opposed to an RB2, and someone I would consider in round 5 of fantasy drafts.

What to do with Moss

As impressive as Singletary was as a rookie, Brandon Beane still felt it was necessary to draft Moss with the team’s third round selection in the 2020 NFL Draft. Personally, I am expecting Moss to emerge as the Bills’ primary runner inside the red zone, replacing Frank Gore in Brian Daboll’s offense. Gore had 18 of the Bills 32 rushing attempts (54.5%) inside the 10-yard line this season, leaving plenty of opportunities for Moss. A player like Moss has plenty of upside, and it will be interesting to see what his workload looks like early this season. He is certainly worth a pick in the later rounds of fantasy drafts, and could be a steal for owners if he has a similar workload to Gore.

The problem with Josh Allen

This has nothing to do with accuracy issues or the debate about Allen being a franchise quarterback. The problem he does pose is that he is such an effective weapon in the red zone. Allen has rushed for a combined 17 rushing touchdowns over the past two seasons, dominating the category for the Bills. His presence as a rusher in the red zone will limit the upside for both Singletary and Moss this season.

Both Singletary and Moss have plenty of upside heading into the 2020 season. I like Singletary in round 5 or 6 as a plug-and-play FLEX option each week. His carries should increase this season, and I am still intrigued to see what he can do in the passing game. His redzone opportunities will likely be limited though thanks to Moss and Allen.

Moss is someone I will be targeting in the late rounds of every draft I join. I am expecting his workload to increase throughout the season, and see him as the Bills’ primary back in the red zone. Unlike Gore, Moss is seen as a pass-catching option, which provides some upside for the rookie.