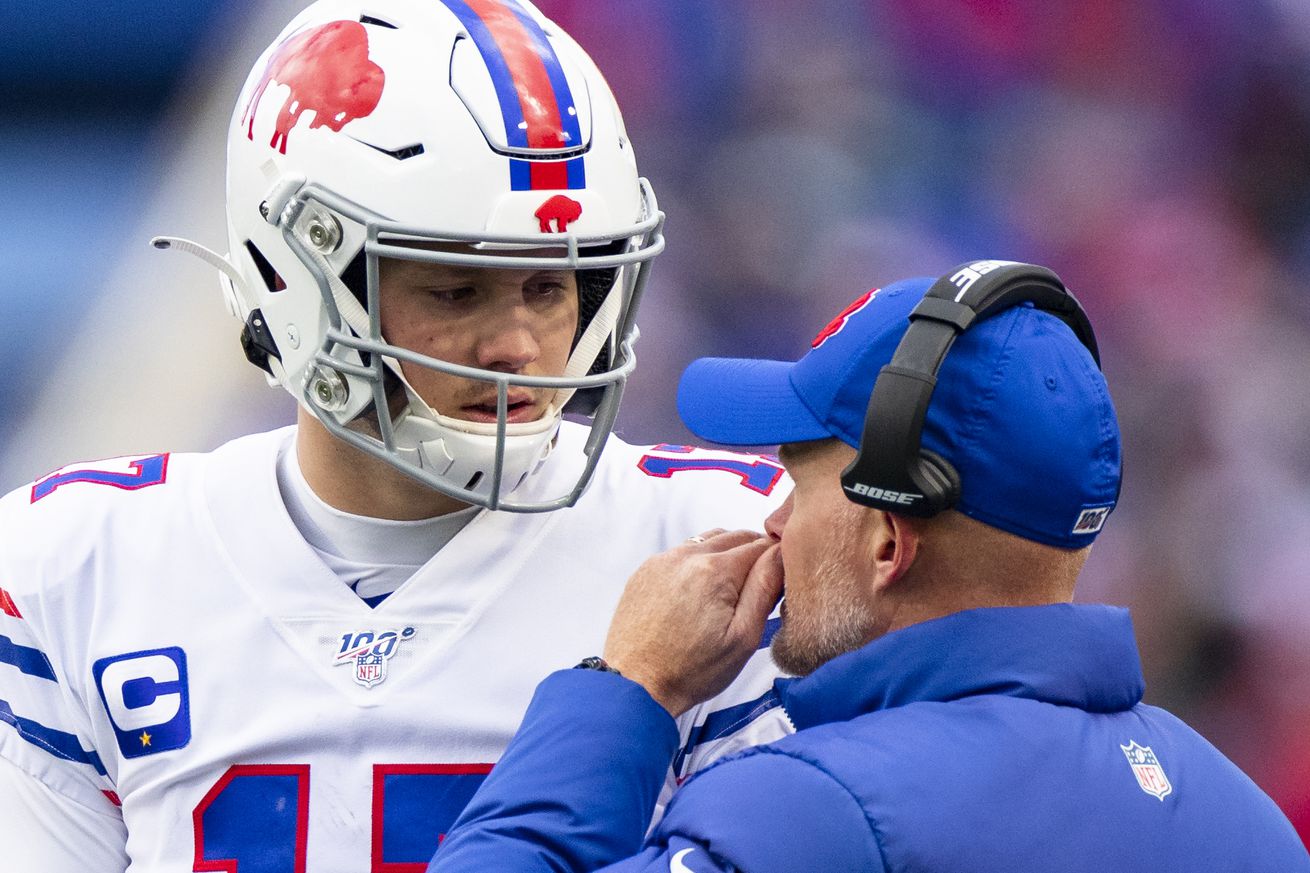 Prior to practice on August 19th, Buffalo Bills’ head coach Sean McDermott spoke with reporters per the team’s usual routine. McDermott was asked some tough questions about Josh Allen and the coach was pretty candid with his responses.

The most direct comment came when discussing the importance of Josh Allen’s development to the team’s success. Rather than a canned response McDermott stated “I’d say it’s at the top of the list.” That’s not criticism by any means but is a refreshing reflection of the sentiment that Allen has not yet become the quarterback the team is hoping for.

As many hope for continued growth and some openly indicate their belief he will fail, McDermott was also direct in addressing the fact that Allen continues to have critics.

“Well, I think that’s understandable,” he said. “Until you’re able to silence that, it’s going to continue to come up. I think at the end of the day Josh wants to prove himself inside the building first and I think he continues to do that and show his teammates who he is and what he’s capable of.”

McDermott continued to discuss the young quarterback’s development and referenced a couple stops in his career as possible parallels to Allen.

“I’ve been around some quarterbacks who started off very much like Josh has and developed and played at a high level,” said McDermott. “Obviously we felt like we unearthed a lot of who he was going through the draft process, but until you’re around people multiple years you really don’t know him as well as you want to.”

“And so now in year three, just seeing him grow as a young man on and off the field has been fun to watch. We’re encouraged by Josh’s development and the time he put in when he was away from us every offseason including this offseason. He’s worked on his game and he continues to polish his game and get on the same page with his receivers over the last couple of weeks now.”

Sean McDermott’s remarks seem to convey a good deal of optimism regarding Josh Allen. However that touch of recognition that Allen’s journey isn’t done yet should be taken as encouraging by fans who feel similarly.