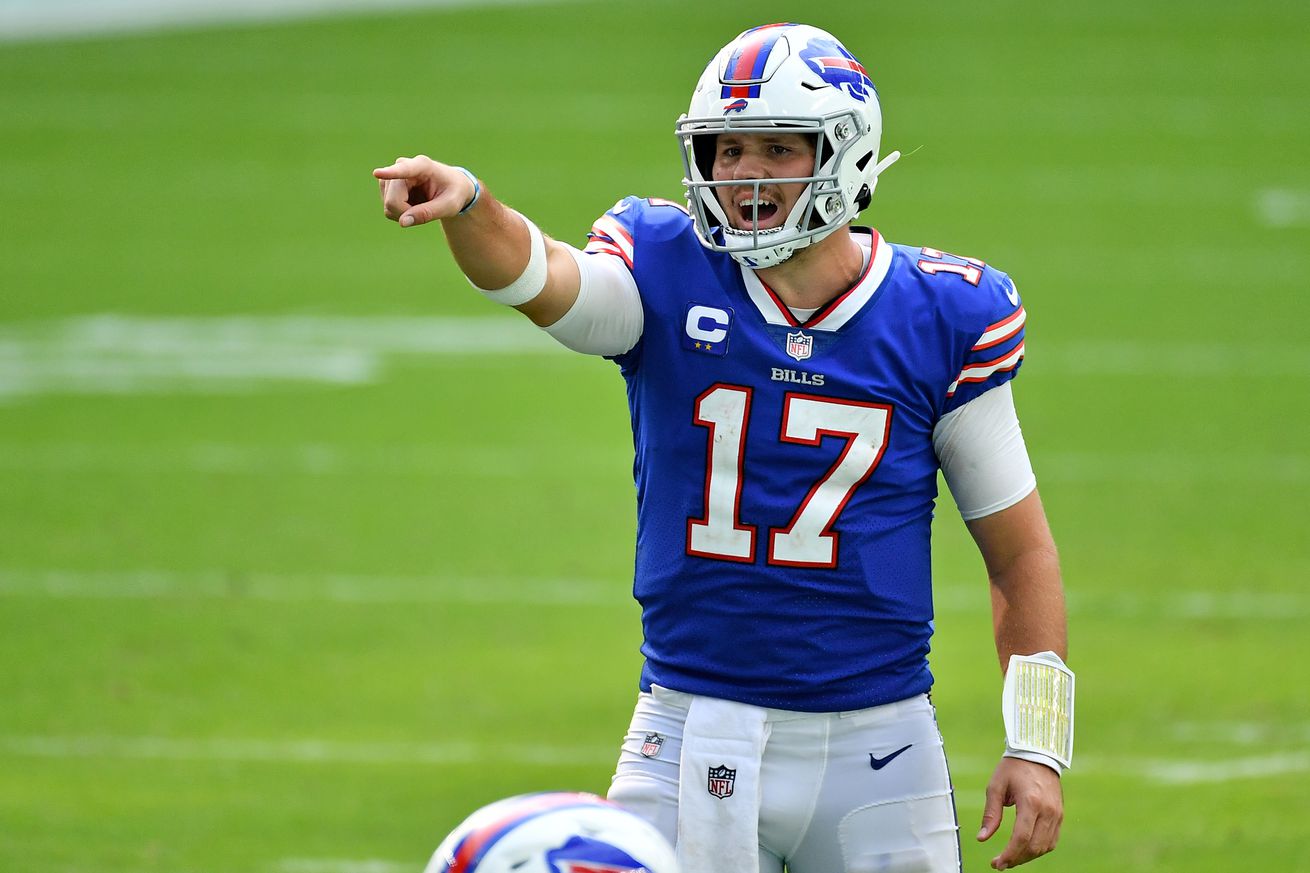 Josh Allen was amazing. Our other spotlight players were more miss than hit.

Josh Allen has the Buffalo Bills rolling on offense, as the team has won its first two games for the second consecutive year. While Allen also began the 2019 season on a roll, completing 43-of-67 passes for 507 yards, two touchdowns, and two interceptions, he has taken it to an entirely different level in the early going of this season.

We knew that the Bills could launch from “solid playoff team” to “legit contender” if Allen took another great leap forward, and the early returns suggest that Allen has taken that step. While he has a tremendous test coming this week against the Los Angeles Rams, he has done about as much as he could through two weeks.

How did our five players to watch perform this week? It was an up-and-down week in the spotlight for us.

We gave Allen’s 2019 numbers above, but here are Allen’s stats thus far in 2020: 57-for-81 passing, 729 yards, six touchdowns, zero interceptions, and a 122.9 passer rating. Allen became only the fourth player in league history to throw for at least 700 yards with six touchdowns and no interceptions in his team’s first two games. The others were Peyton Manning, Tom Brady, and Patrick Mahomes. I’ve read enough qualifiers attached to his stat line given that Allen feasted on a hapless New York Jets squad and a rebuilding Miami Dolphins team to last a lifetime. These are professional teams, and Allen shredded them. Miami held the New England Patriots and Cam Newton to 155 passing yards in Week 1. The Jets held the San Francisco 49ers to 202 passing yards split between two quarterbacks in Week 2. Allen has been a sub-league average passer throughout his first two seasons, and he is the current NFL leader in passing yards through two weeks. I don’t think even the most optimistic among us saw this coming. Allen certainly appears to have arrived as a big-time quarterback in his third pro season.

One drawback to Allen’s success has been a lack of emphasis on the running game. In Week 1, neither running back was able to find his footing, but in Week 2, the Bills were quite efficient in the run game. Buffalo only called 18 running plays for the backs, and the Bills’ duo of Devin Singletary and Zack Moss combined for 93 yards, an average of 5.2 yards per carry. That’s exactly the yards-per-carry average Miami allowed against New England in Week 1, so the only difference really came down to the game plan, as Buffalo decided to air it out while New England kept it on the ground. As for Moss, the rookie looked better in his second game, though he still appears to be a bit more hesitant than I thought he’d be. Moss wasn’t targeted in the passing game this week, and the Bills decided to throw the ball in the end zone rather than hand it off when they were close, so he didn’t have a chance to earn any rushing touchdowns, either. Moss continued to take plenty of snaps, though, as he played on 46% of the team’s total.

So much for Miami’s “tough secondary.” Once cornerback Byron Jones left with a groin injury, the floodgates opened, and Allen was able to attack everywhere on the field with receivers coming open on crossing routes. Knox was only targeted three times, and it wasn’t a very good day. He failed to secure a contested catch, and his one reception, which went for 38 yards, ended with a fumble. Knox left the game with a concussion. He has not proven to be as dynamic as hoped thus far, though Buffalo’s trio of stud wide receivers have covered for any deficiencies in TE1’s game.

It was a tough day for the defense in general, but the linebackers especially had a tough assignment. Klein and rookie Tyrel Dodson were asked to fill the shoes of Matt Milano and Tremaine Edmunds, and the results were not good. Ryan Fitzpatrick found plenty of room on quick slants and dig routes in the middle of Buffalo’s zone, and while Klein did his best, his best just isn’t close to the elite level Milano and Edmunds contribute on a weekly basis. Klein had five tackles on the day, appearing on 72 of Buffalo’s 75 defensive snaps.

Hyde was asked to play up in coverage a bit more than usual, and he struggled to contain Miami’s huge targets. Tight end Mike Gesicki especially went off, as he abused the middle of Buffalo’s defense early and often. The Bills tried to guard him with Hyde, Siran Neal, Levi Wallace, and a flurry of zone brackets to no avail. Hyde was also whistled for a penalty when he lowered his shoulder into the head/neck area of a defenseless receiver. Hyde had nine tackles and a pass breakup on a day where the Bills allowed 410 total yards and 311 passing yards.