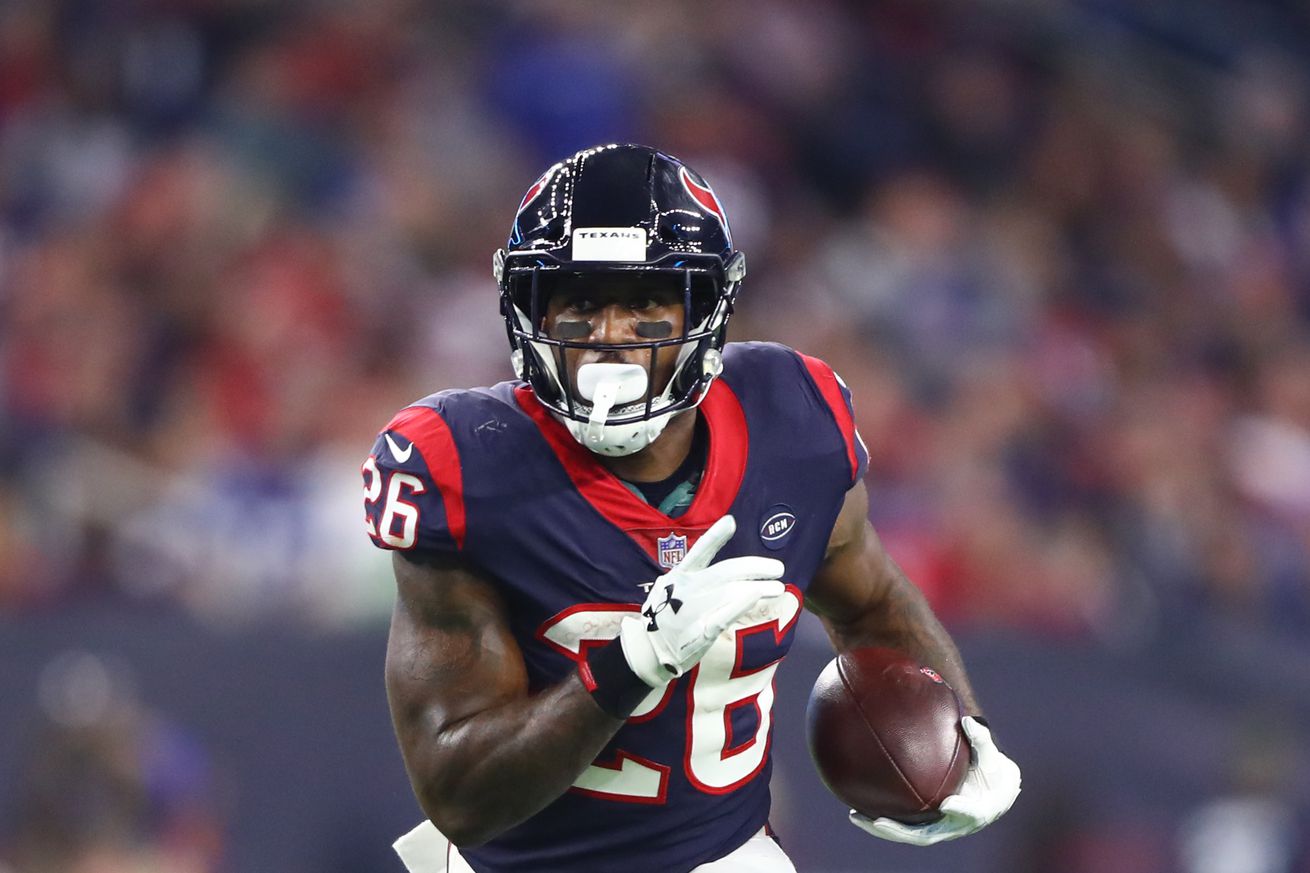 Could the Bills look for an upgrade over T.J. Yeldon?

According to ESPN’s Adam Schefter, the Buffalo Bills are set to host former Houston Texans running back Lamar Miller for a visit on Monday. Miller was recently cut by the New England Patriots, after failing to make the 53-man roster. General manager Brandon Beane confirmed the visit on Monday but said the visit was exploratory and Miller wasn’t in the building because he hadn’t cleared COVID-19 protocol.

If the Bills are serious about Miller, it could be to replace T.J. Yeldon as the veteran running back on the roster. While Miller missed the entire 2019 season after tearing his MCL and ACL, he was productive in his time with Houston. In 2018 he was named to the Pro Bowl, finishing with 973 yards rushing on 210 carries in 14 games.

At 29 years old, Miller would serve as the clear veteran in the running back meetings, a role that head coach Sean McDermott has valued in the past. With fullback Patrick DiMarco now on injured reserve, Miller could assume a leadership role while serving as a viable option on passing downs. If healthy, one could argue that Miller would be an upgrade over Yeldon, and a suitable back should Devin Singletary or Zack Moss suffer an injury.