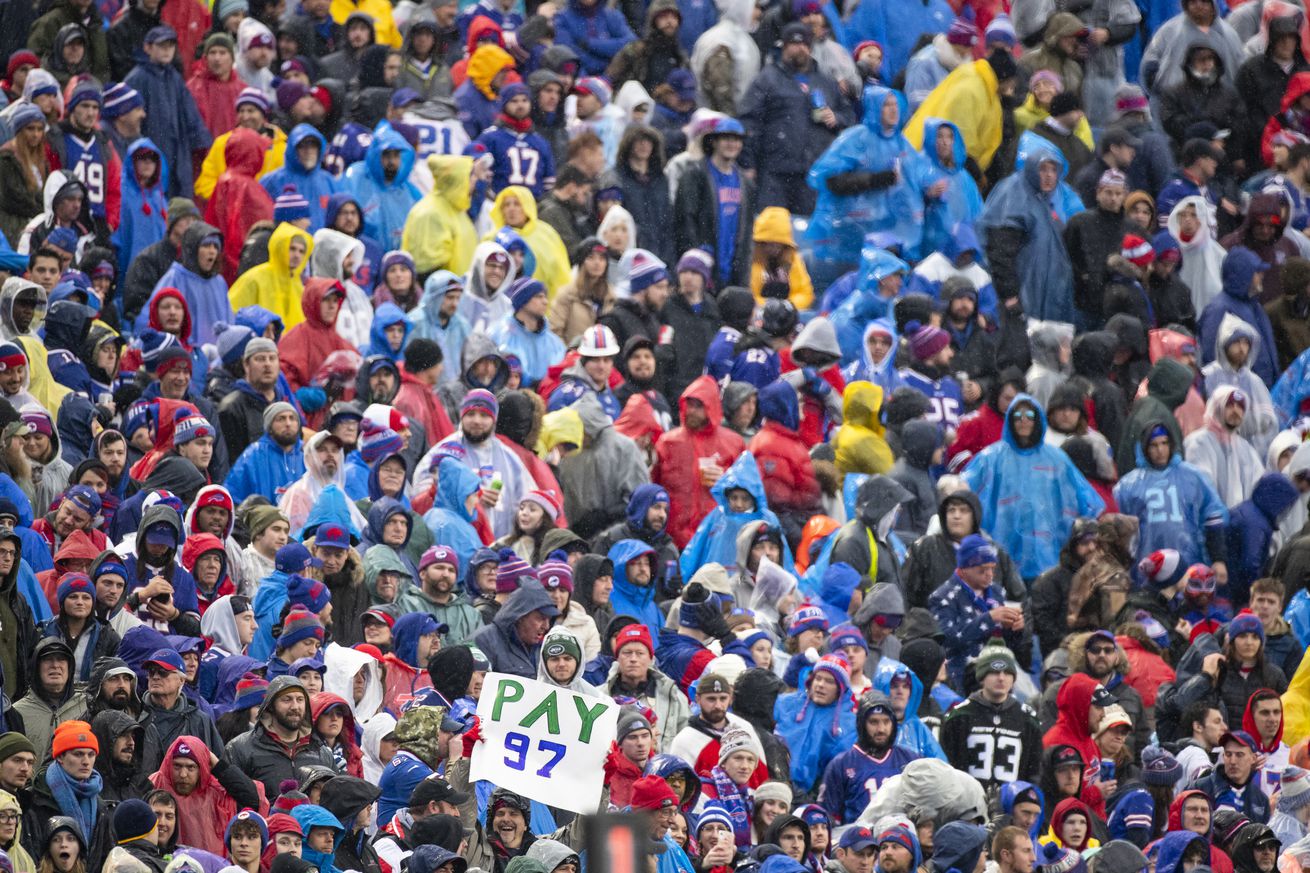 Nothing is official, but talks are underway

The Buffalo Bills’ organization is talking with Erie County Executive Mark Poloncarz about bringing fans in to watch the team’s next home game. The talks were reported by WBKW.

According to Ali Touhey of WBKW, the Bills’ organization wants to bring 9,000 fans into the team’s Thursday Night Football match-up with the Kansas City Chiefs on October 15. While Touhey tweeted that representatives from the state were open to only 7,000 fans, that was refuted by Poloncarz, who tweeted that number was determined by the county, adding that officials at the state level have yet to agree to anything at all.

The Bills have hosted two games this season in an empty stadium, defeating the New York Jets in Week 1 and the Los Angeles Rams in Week 3. The team played a road game against the Miami Dolphins, who allowed fans in the stands, and they will travel to play the Las Vegas Raiders this week, who will not allow fans. The Bills then travel to play the Tennessee Titans on October 11, and there will be a maximum allowed attendance of 12.5% of the stadium’s 69,143-person capacity, or 8,643 people.

Poloncarz has a call with “key stakeholders” on the matter scheduled for September 29. This is a developing story that we will continue to monitor and bring you the latest news as it breaks.