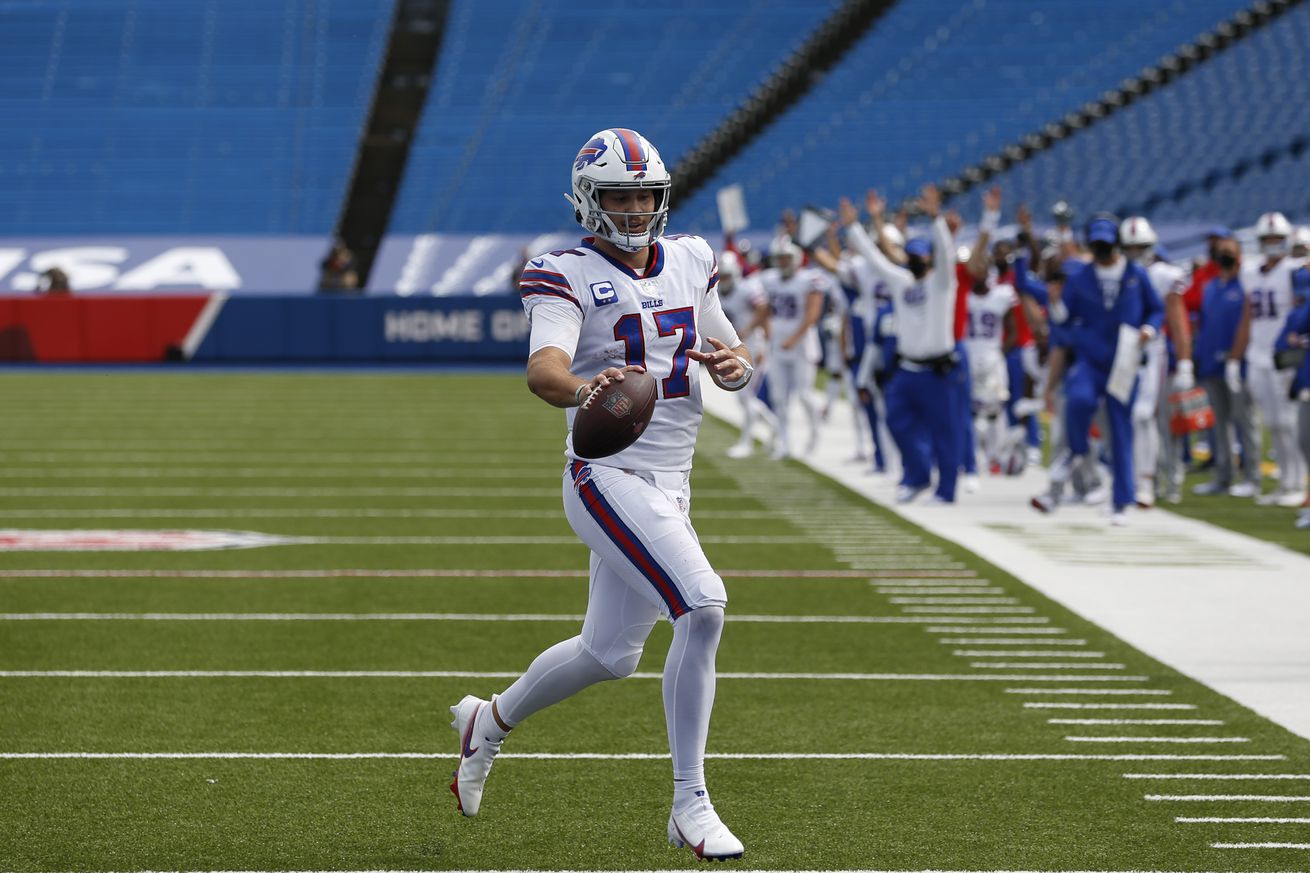 The Buffalo Bills defeated the New York Jets 27-17 on Sunday in a game that wasn’t nearly as close as the score would indicate. Buffalo opened a 21-0 lead in the first half, and if not for a couple of bad turnovers and bad field goal misses (or missed calls on field goal misses), then that lead would have grown even more.

Instead, we have to be content to have picked up a win against a divisional opponent rather than having made the kind of statement via blowout that the 2019 Baltimore Ravens made in Week 1. It’s a nice feeling as a Bills fan to be in a place where we can be mad that the team didn’t win by even more, isn’t it?

As is the case with any win, the Bills’ key players were able to impose their will on the Jets, making big plays when the team needed it most. Here’s how our five players in the spotlight fared on Sunday.

While some national media types will choose to focus on the ugly miss to John Brown in the fourth quarter, that narrow focus eliminates all the good that Allen showed. On a day where Buffalo’s running game just couldn’t do anything consistently, Allen utilized a short, quick passing game to move the ball, consistently taking what the Jets gave him and staying ahead of the sticks in the process. Allen was as accurate overall as he’s ever been, completing 33-of-46 passes (71%) for a career-high 312 yards and two touchdowns. He also added 14 carries for 57 yards and another touchdown. Sure, he could have had four passing touchdowns, as he missed Brown on the aforementioned duck and his poor ball placement caused Cole Beasley to stop to make a long reception up the seam that could have been a walk-in touchdown, but overall, Allen was poised and efficient on the day. There are still plenty of things to clean up—my goodness, the fumbling just has to stop, man—but this was a step in the right direction for Allen. The nit-picker in me has to note that the mistakes Allen made on Sunday will burn the Bills if they’re made against a good football team, and the Jets are not even close to being one. If Buffalo wants to contend with Baltimore and the Kansas City Chiefs, Allen will have to grow even more. He’s on the right path.

As I mentioned above, Buffalo’s running game didn’t do much, and Singletary had a disappointing day overall. The Bills seemed to run the same running play over and over again (a little handoff out of a pistol formation) that repeatedly went nowhere. Was offensive coordinator Brian Daboll trying to limit the tape for Buffalo’s next opponent, the Miami Dolphins, in a game he felt the Bills had in hand? Or did he just think that the play would eventually work? Either way, it was frustrating to watch Singletary carry nine times for 30 yards, adding five catches for 23 more, in what was supposed to be a day where he showed himself to be the team’s clear number-one back. He out-snapped rookie Zack Moss, but it was close (Singletary logged 51 snaps and Moss had 39). As inefficient as Singletary was, however, Moss was worse, carrying nine times for 11 yards. The rookie did catch a touchdown pass, however.

There were multiple times on Sunday where I found myself saying “what a catch,” and nearly every time I said it, Allen had hit his new number-one wideout. Diggs isn’t a “big” receiver, but he sure does play like one, and his great hands and great speed make him a tough cover for even top secondaries. The Jets are not a top secondary, and Diggs was able to exploit them to the tune of an eight-catch day for 86 yards. He took a number of big shots, and he seems to be made of rubber, because he just kept bouncing back up each time. Diggs led the team in catches and receiving yards, but John Brown led in targets (10) and he caught a touchdown, as well. Diggs’s presence definitely gave Brown and Cole Beasley some extra room to operate.

I assumed that Phillips would draw the start in Vernon Butler’s absence, and I assumed wrong, as the Bills went with Quinton Jefferson and Ed Oliver as their starting defensive tackles. Phillips played 20 snaps in his first game action since tearing his ACL in Week 3 last year, and he performed fine overall, but the most impressive defensive tackle was really Justin Zimmer. There were multiple plays that the newest member of the interior line rotation was able to blow up on his own, penetrating and hitting rushers in the backfield. Zimmer had as many tackles (4) as the other three defensive tackles combined—Phillips had two, and Oliver and Jefferson had one apiece.

Oops. Norman is on injured reserve with a hamstring injury and he didn’t play, but Levi Wallace, who made his 24th consecutive regular-season start, was excellent in his 2020 debut. The Bills shut Sam Darnold down all afternoon, and aside from a 69-yard completion on a blown tackle by Tremaine Edmunds, Buffalo’s secondary made life difficult. Wallace played all 56 defensive snaps, only one of two Buffalo players to do so on Sunday (Jordan Poyer was the other). Wallace acquitted himself quite well in his first attempt to fend off the veteran Norman’s challenge to the starting gig.