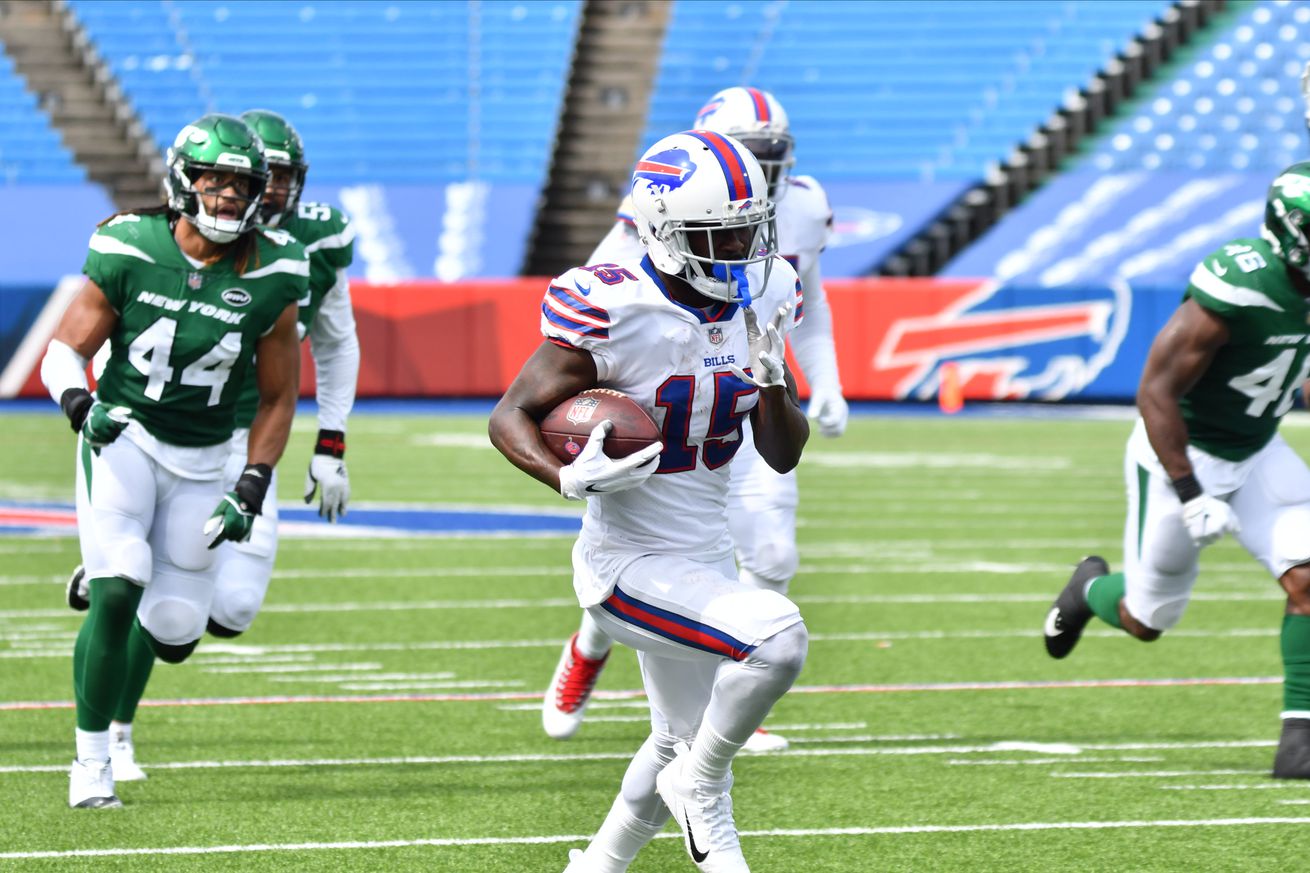 The Buffalo Bills debuted a new-look offense, controlled the game for nearly the entire first half, and cruised to a clear 27-17 victory over the New York Jets in their 2020 season opener. It wasn’t a perfect showing, with fumbles and missed kicks that threw away four potential scoring opportunities. The Bills also missed a tackle opportunity, which gave up a 69 yard touchdown to Jamison Crowder, and a late pass interference penalty at the goalline gifted free points to the Jets after the game was out of hand.

But the expectation was that the Bills were more talented and healthier than the Jets, and they should’ve controlled this one. By and large, they did – the outcome was never in doubt.

Josh Allen hit career highs in pass attempts, pass completions, and, yes, pass yardage in Buffalo’s more wide-open offensive attack. Yep – he hit 300 passing yards for the first time in his career. He completed 33 of 46 passes (72 percent) for 312 yards and two touchdowns. He also added a team-leading 12 carries for 59 rushing yards and another touchdown on the ground. Both encouraging and discouraging were the missed opportunities. Allen lost two fumbles in the first half, and missed two wide-open throws in the end zone.

The Bills passing attack, including Stefon Diggs (8 catches, 86 yards) impressed, but the rushing attack left something to be desired. Devin Singletary and Zack Moss went nowhere all day – they combined for 41 yards on 18 carries. A lot of that can be chalked up to the blocking, with the Bills often stonewalled at the line of scrimmage.

On defense, it was as good as could be expected for the team – especially in the first half, where the Jets had four punts, an interception, and a field goal. The Bills more than doubled the Jets in time of possession, and generated two turnovers of their own – a Matt Milano pick, and a Jordan Poyer fumble recovered by Jerry Hughes.

Matt Milano left the game with a hamstring injury in the first half and didn’t return. The Bills replaced him with A.J. Klein.

Tremaine Edmunds suffered a shoulder injury and wasn’t brought back to the game. The Bills turned to Tyrel Dodson, who made his career debut.

Second year undrafted linebacker Del’Shawn Phillips hurt his quad early and wasn’t able to come back to the field. Tyrel Dodson also left the game, so four of the team’s linebackers left with injuries.

Micah Hyde tweaked his ankle in the first half, but returned and played out the remainder of the game.