With training camp on the horizon (at least that’s the plan for right now—anything can change in the age of COVID), now seems like an ideal time to take inventory of the league’s current landscape. If my years covering football have taught me anything, it’s that the NFL’s divisional pecking order is rarely stable. The emergence of Tampa Bay, armed with newcomers Tom Brady and fellow Patriots alum Rob Gronkowski, has put the NFC South back on our collective radars while the AFC North, equipped with reigning MVP Lamar Jackson and new Bengals franchise cornerstone Joe Burrow, is also shaping up to be a gauntlet. However, the perennially low-wattage NFC East, mockingly referred to as the “NFC Least” in some circles, is living proof that not all teams—and certainly not all divisions—are cut from the same designer-quality cloth.

Which of the NFL’s eight divisions packs the most punch? It’s a complicated case (lot of ins, lot of outs, lot of what have you’s), but I took a stab at it. Here is my assessment of the league’s divisional hierarchy heading into 2020: 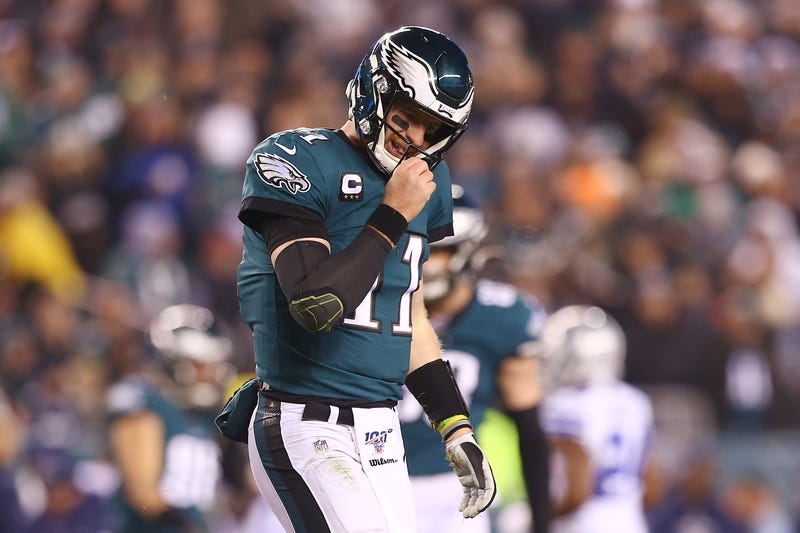 I’d argue the NFC East is only fractionally worse than its underwhelming AFC counterpart, a lackluster outfit propped up for years by Bill Belichick’s unique brand of devil magic and, for a time, the right arm and perfect bone structure of one Thomas Edward Brady. With that said, only three times in the last decade has the NFC East champ finished with more than 10 wins. No one even made it to double-digits last year—the 9-7 Eagles earned the division’s obligatory playoff bid before being promptly bounced, failing to reach the end zone in an opening-round loss to Seattle. Carson Wentz’s concussion, the result of a late hit levied by edge enforcer Jadeveon Clowney, doomed Philly in that one, but let’s face it—the Eagles weren’t long for the playoffs anyway. The NFC East could see modest improvements this year—the Eagles plugged up their glaring secondary hole with the addition of Darius Slay while the high-powered Cowboys figure to be an offensive juggernaut (landing CeeDee Lamb with the 17th pick in April’s draft was an all-time coup). But with Washington and the rebuilding Giants rounding out the division, the listless NFC East is more bark than bite.

For decades, the Bills, Dolphins and Jets have essentially functioned as built-in schedule padding for the Pats en route to home-field advantage and an inevitable Lombardi Trophy. It looked like New England’s dynasty might finally be on its last leg when Brady jumped ship this offseason, but because it’s the Patriots, of course they were able to summon a former MVP in Cam Newton while the rest of the league was asleep at the wheel. If healthy, Newton may actually be an improvement on Brady who, the last we saw him, was in steep decline. Even with unknown Jarrett Stidham under center, the Pats would probably still be division favorites thanks to their elite defense (reigning NFL Defensive Player of the Year Stephon Gilmore permitted a single touchdown in coverage last season), but let’s not discount the quietly well-coached Bills and their shiny new toy, Stefon Diggs. The Dolphins arguably overachieved under first-year coach Brian Flores (one of several Belichick protégés scattered across the NFL’s rich tapestry) in 2019, but they’re not in the playoff discussion yet, particularly with hobbled rookie Tua Tagovailoa still on the mend from last year’s hip surgery. The Jets do offer some degree of talent, but whatever perceived strengths they have are mostly undermined by subpar coaching (Adam Gase), a high-maintenance and arguably overpaid running back (Le’Veon Bell) and a disgruntled safety who would rather be anywhere but East Rutherford (Jamal Adams). To quote embattled Dunder Mifflin HR rep Toby Flenderson, the AFC East is like a movie on a plane. You know it’s not great, but it’s something to watch. 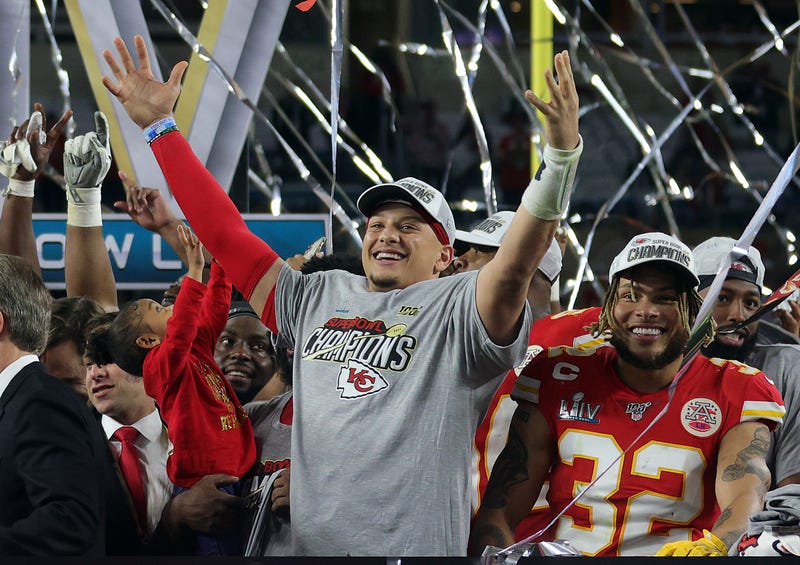 The AFC West is much in the same boat as the AFC East—it’s the Chiefs and everyone else fighting for scraps. That’s not to say the Broncos and Raiders are Patrick Mahomes’ personal punching bags. The retooled Broncos are giving off a strong up-and-coming vibe these days. Maybe it’s because after an exhausting, multi-year search for a franchise quarterback (Brock Osweiler, Joe Flacco, Paxton Lynch, Trevor Siemian and Chad “Swag” Kelly were just a few of the post-Peyton experiments cooked up by GM John Elway), the Broncos finally stumbled on the cannon-armed likes of Drew Lock, a Missouri-bred gunslinger who led Denver to a 4-1 finish during his rookie campaign in 2019. Offseason prizes Melvin Gordon and Jerry Jeudy should further ignite what was already a daunting Denver attack. The newly-minted Las Vegas Raiders are in danger of wasting Henry Ruggs’ elite downfield skill set on the most conservative quarterback in football (Derek Carr), but the Fightin’ Jon Grudens could still flirt with .500 ball if Darren Waller and Josh Jacobs are able to build off last year’s success. The Chargers, who are also debuting new digs this upcoming season (sharing a field with the Rams in Inglewood has to be better than playing in an empty soccer stadium), have quarterback questions to address (longtime Anthony Lynn collaborator Tyrod Taylor has the early edge over first-round pick Justin Herbert). But the Bolts are strong enough defensively (Joey Bosa, Derwin James, Chris Harris and Casey Hayward are among their heavy hitters) to avoid pushover status in a better-than-you-might-expect AFC West.

The AFC South produced two playoff teams a year ago—Houston and Tennessee—and the underrated Colts may not be as far off as you think. It’s a deep division, though there’s not a true contender in the bunch. The Texans have the look of a fringe postseason team (Brandin Cooks and David Johnson aren’t enough to offset the loss of receiving staple DeAndre Hopkins) while the run-heavy Titans are still a quarterback away from being a true AFC threat. Ryan Tannehill may be a class above game-manager, but he’s not beating Mahomes in a shootout. Indy has had its own QB issues to contend with since Andrew Luck’s sudden retirement last summer—Philip Rivers is merely a bridge quarterback at this late juncture in his career. That may knock the Colts down a peg or two, but don’t underestimate their talent. Darius “Maniac” Leonard is already recognized as one of the league’s top linebackers while Wisconsin standout Jonathan Taylor offers difference-making potential, particularly with All-Pro Quenton Nelson opening up holes for him on the O line. There’s no sugarcoating it—the Jaguars aren’t going to be competitive this year or probably any time soon. Will that make me enjoy Gardner Minshew and his spectacular Ron Burgundy mustache any less? I assure you, it will not. Also, DJ Chark can scoot. 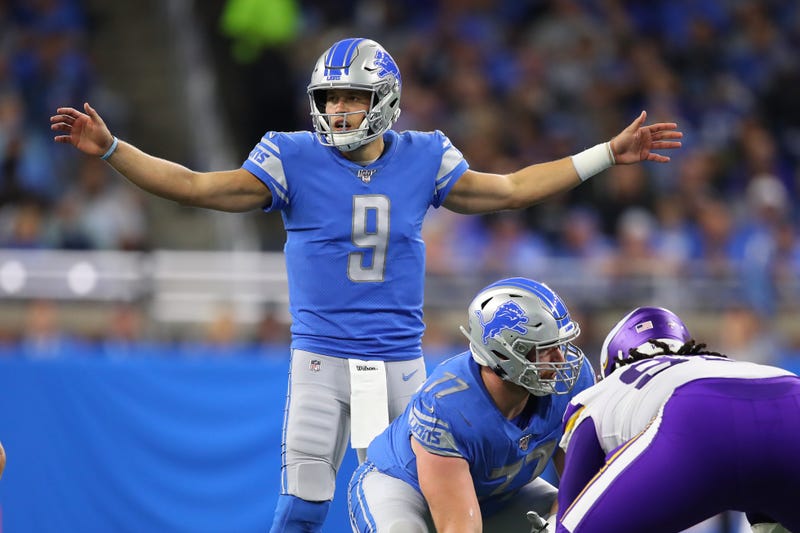 The Packers and Vikings were both playoff participants in 2019 with Green Bay advancing all the way to the conference championship. That went poorly for the Packers—Raheem Mostert rolled them for 226 yards and four touchdowns in a 17-point Niners rout—but the Cheeseheads will always be a threat with Aaron Rodgers under center. Year 2 of the Bears’ Matt Nagy Era was not a memorable one. Underachieving Mitchell Trubisky initiated his self-destruct sequence as Chicago regressed to 8-8, prompting the Bears to broker a splashy trade for former Super Bowl MVP Nick Foles. The Bears’ Khalil Mack-led defense is still among the league’s stingiest (only the Patriots, Bills and Ravens allowed fewer points last season), allowing them to tread water in a winnable division. The Vikings showed moxie in their playoff upset of New Orleans last winter and should remain in the playoff mix, assuming Dalvin Cook’s uncertain contract status doesn’t become a major distraction. Justin Jefferson, who led the nation in receptions en route to a national title with LSU in 2019, should soften the blow of Stefon Diggs’ offseason departure. Detroit’s roster isn’t playoff-caliber, though Matthew Stafford’s return from last year’s back injury should do wonders for the Lions’ passing game. Another year in the NFC North cellar could very well spell the end of Matt Patricia’s Motor City tenure.

The AFC North has taken its lumps of late—the Bengals took it on the chin last year, just like the Browns do every year. But 2020 shapes up well for the AFC North, particularly the Baltimore Ravens, who featured 13 Pro Bowlers (NFL MVP Lamar Jackson among them) en route to a franchise-best 14-2 record a year ago. The Steelers, dogged by injuries (Ben Roethlisberger, JuJu Smith-Schuster and James Conner were among their walking wounded) and abysmal quarterback play last season (Mason Rudolph and Duck Hodges set the position back years with their uninspired performances), are well-positioned for a 2020 bounce-back. With Heisman-winner Joe Burrow in the saddle, the long-suffering Bengals could also be poised to exorcise last year’s demons (pairing Tee Higgins with a supposedly healthy A.J. Green on the perimeter should help on that front). Well-stocked offensively with Jarvis Landry, Odell Beckham, Nick Chubb, Kareem Hunt and Baker Mayfield manning the skill positions, the Browns entered last season with unusually high expectations. Their dreams of postseason glory failed to transpire as one-and-done head coach Freddie Kitchens quickly lost control of the locker room, but Cleveland returns most of the same pieces and should be better defensively as long as Myles Garrett doesn’t try to behead anyone like he did last year. 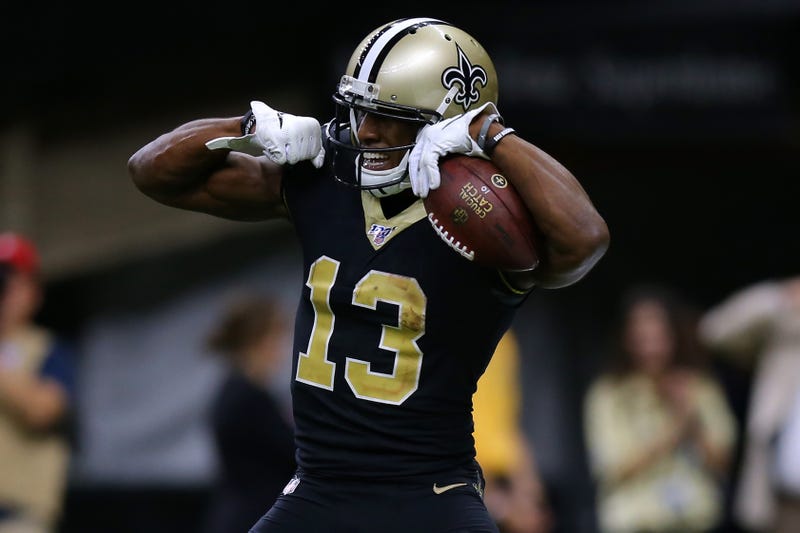 In terms of pure weaponry, it’s hard to compete with the star-laden NFC South, a stacked division highlighted by former MVPs Tom Brady and Matt Ryan, a one-time Super Bowl MVP in Drew Brees (also the NFL’s all-time leader in completions, passing yards and career touchdowns), the record-breaking likes of “Cant Guard Mike” Thomas (last year’s league leader in both catches and receiving yards), a generational tight end in Rob Gronkowski as well as Julio Jones and Christian McCaffrey, the top-paid players at each of their respective positions. Between D.J. Moore, Chris Godwin, Todd Gurley, Calvin Ridley and Alvin Kamara, the NFC South in its current 2020 incarnation is a Who’s Who of offensive firepower. If NFL scoreboard operators were hurting for business, the high-octane NFC South should singlehandedly keep their dying industry afloat. I call the NFC South the popcorn division because this is as must-see as television gets. Better fill that pantry with Orville Redenbachers.

The NFC South may hold the edge in star power but the NFC’s wild West remains the best pound-for-pound division in football. Arguably ahead of schedule, the reigning NFC champion 49ers are here for the long haul. Their engine runs on the smarts of head coach Kyle Shanahan, the virtuosic talents of tight-end prodigy George Kittle (aka “The People’s Tight End”) and a no-holds-barred defense anchored by lockdown corner Richard Sherman and imposing pass-rusher Nick Bosa. First-round rookie Brandon Aiyuk could be thrust into a prominent role from the jump with Deebo Samuel nursing a bad foot (he suffered the dreaded “Jones” fracture during offseason workouts). Maddeningly mobile Russell Wilson would be a Hall of Famer if he retired tomorrow. Unfortunately for the rest of the NFC West, the longtime Seahawks assassin won’t be hanging it up any time soon. The Rams are limping a bit after last year’s disappointment but doubting wunderkind head coach Sean McVay, who transformed Los Angeles from laughingstocks to contenders in record time, would be a grave mistake. Kyler Murray showed he belonged by earning Rookie of the Year honors in 2019 and could be in for an even stronger sophomore campaign with contested-catch artist DeAndre Hopkins now handling the role of go-to receiver in Arizona. I guess what I’m saying is, dismiss the NFC West at your own peril.