In the only battle between 2-0 teams on Sunday’s NFL schedule, the Buffalo Bills will host the Los Angeles Rams. Here are my three keys to the game for the Bills, plus notes and stats:

Whenever we hear about being disciplined in football, it’s usually about penalties.  But Sunday, the Bills’ defense has to stay disciplined against a Rams offense that will throw lot of different formations and pre-snap motion at them.  All of that can be confusing and one miscommunication can result in a big play. Their linebackers and defensive backs will all have to be on the same page before and after the snap and have their eyes in the right places.

Rams defensive tackle Aaron Donald is one of the best players in the game.  Teams have to game plan specifically for him and how they can attack without having him wreck their plans.  The Bills will be no different.  Donald can do everything well. But he’s a penetrator. Sometimes the best way to attack those types of defensive linemen is to go right at them, and don’t let their penetration matter.  Make him run by the play if you can.  It will be interesting to see how the Bills choose to block him.

I expect we’ll see Rams cornerback Jalen Ramsey locked onto Bills wide receiver Stefon Diggs all afternoon.  If that’s the case, John Brown’s matchup against Troy Hill will become a lot more important.  The Bills may still want to challenge Ramsey and throw it to their No. 1 wideout occasionally, but this is one of the reasons Brandon Beane traded for Diggs – to allow for solid alternatives when Josh Allen’s first option is taken away. 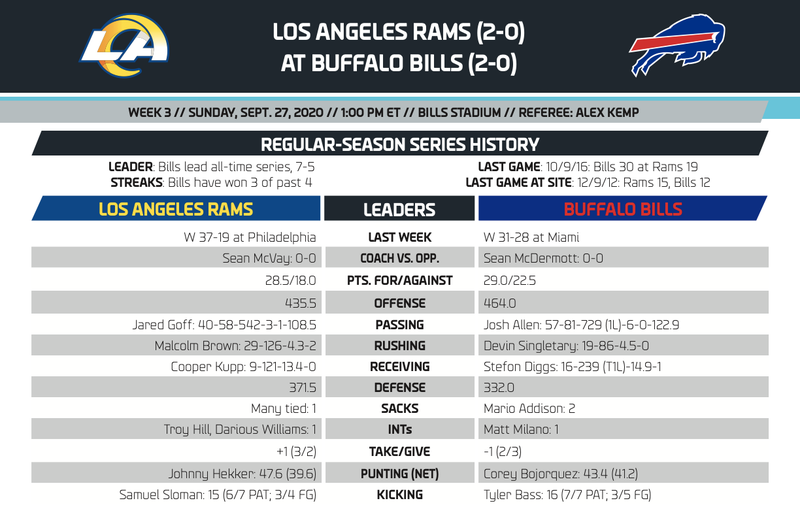 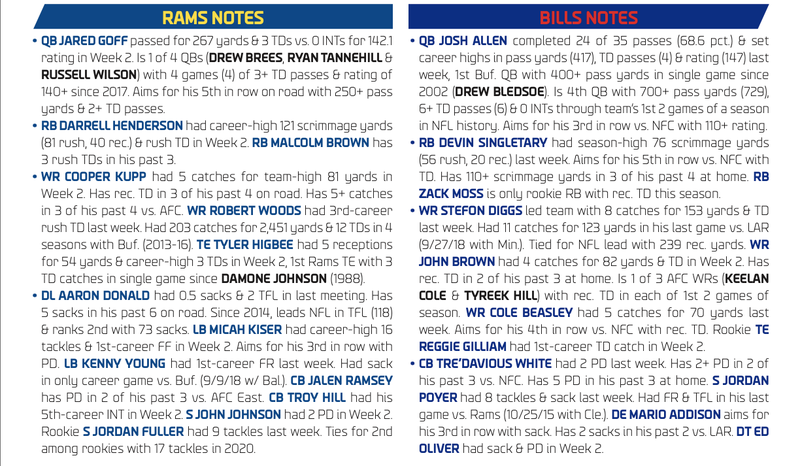