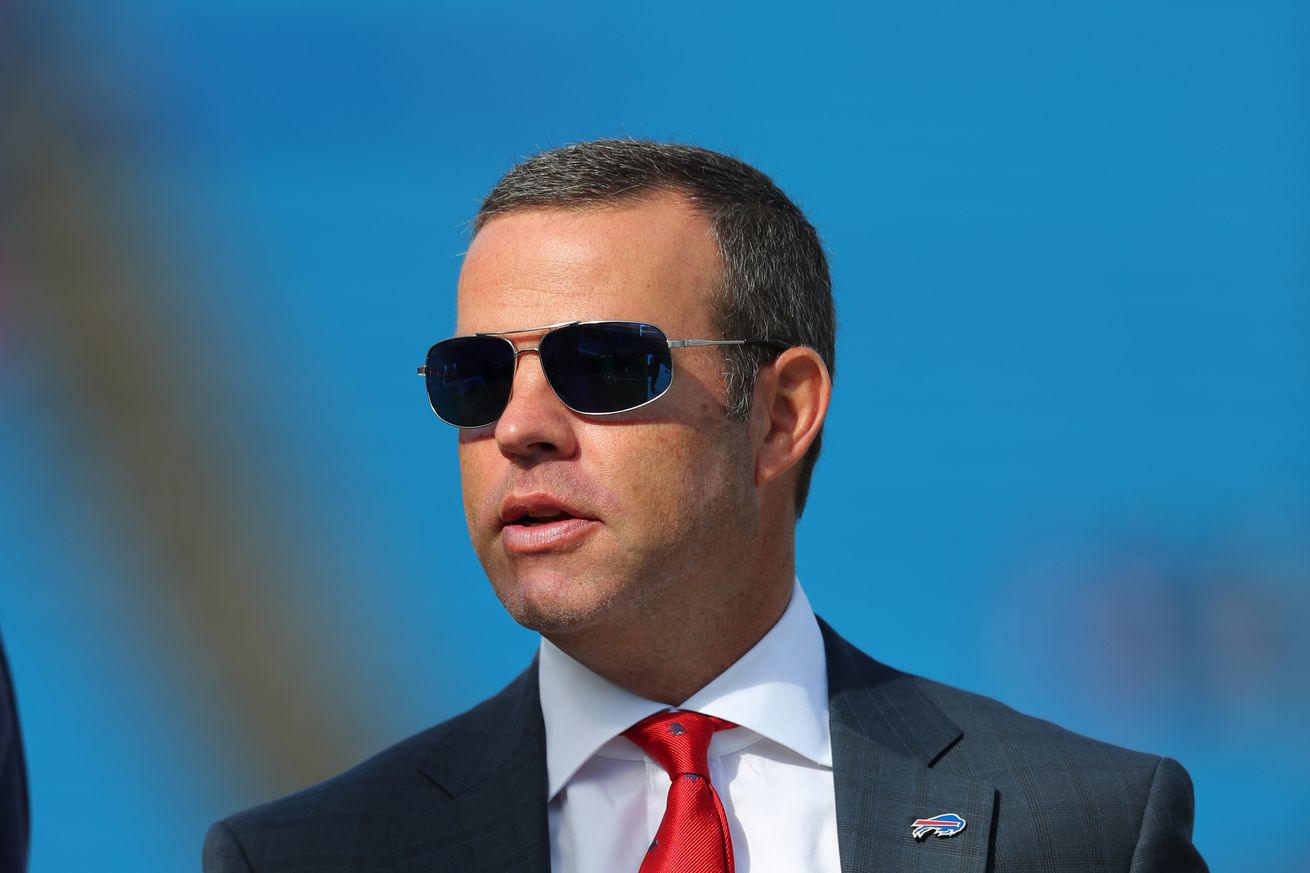 As we rapidly approach the 2020 NFL season, the Buffalo Bills are also getting closer to the end of contracts for several key members of their team. So who will be the next one to sign a contract extension?

With two seasons left on his deal, it’s time for an extension for McDermott. The way he’s handled this offseason is just another reason to give him more years. He completely changed the culture in the building from a loser’s mentality to a winner’s and should be next on the list. We don’t want him entering the final year of his deal.

Beane is second on the list for all the same reasons as McDermott. I put him behind the coach because McDermott is more important and was here first, even though Beane might be the better of the two at his job. If they signed the same day, I’d be happy, and they should both be done before the season starts as we saw from the San Francisco 49ers and Minnesota Vikings this offseason.

With one year left on his deal, Buffalo doesn’t want to have to scramble for a left tackle in what could be a year for a Super Bowl run. They should get this deal done before or during the 2020 season, in my opinion. It’s a premium position and they have a rising young player at the position. Look around the NFL at what other teams are trying at left tackle, and you’ll see why I value Dawkins so much.

This one feels like it’s going to come after the season, if at all. Milano is an important part of the defense, but is it a premium enough position to spend top dollar on a down year for the salary cap? And is he going to be rewarded knowing that Tremaine Edmunds is probably more important and coming up for a new contract soon? I like Milano and would give him a big contract, but I’m not sure it’s the most prudent move long term. That would be a McDermott decision.

As soon as the team gets into offseason mode, they’ll need to decide the plan at right guard. Both guys are free agents at the end of 2020. Maybe they re-sign one or both guys, or they could move in a new direction.

White has the fifth-year option in place for 2021, so a new deal for him won’t come until ten months from now if not later. There is still some uncertainty here, as the Carolina Panthers didn’t give Josh Norman a huge extension and opted to use the franchise tag. Will Brandon Beane follow the same model or reward Takeaway Tre? I think it’s 50-50 he gets the franchise tag in 2022.