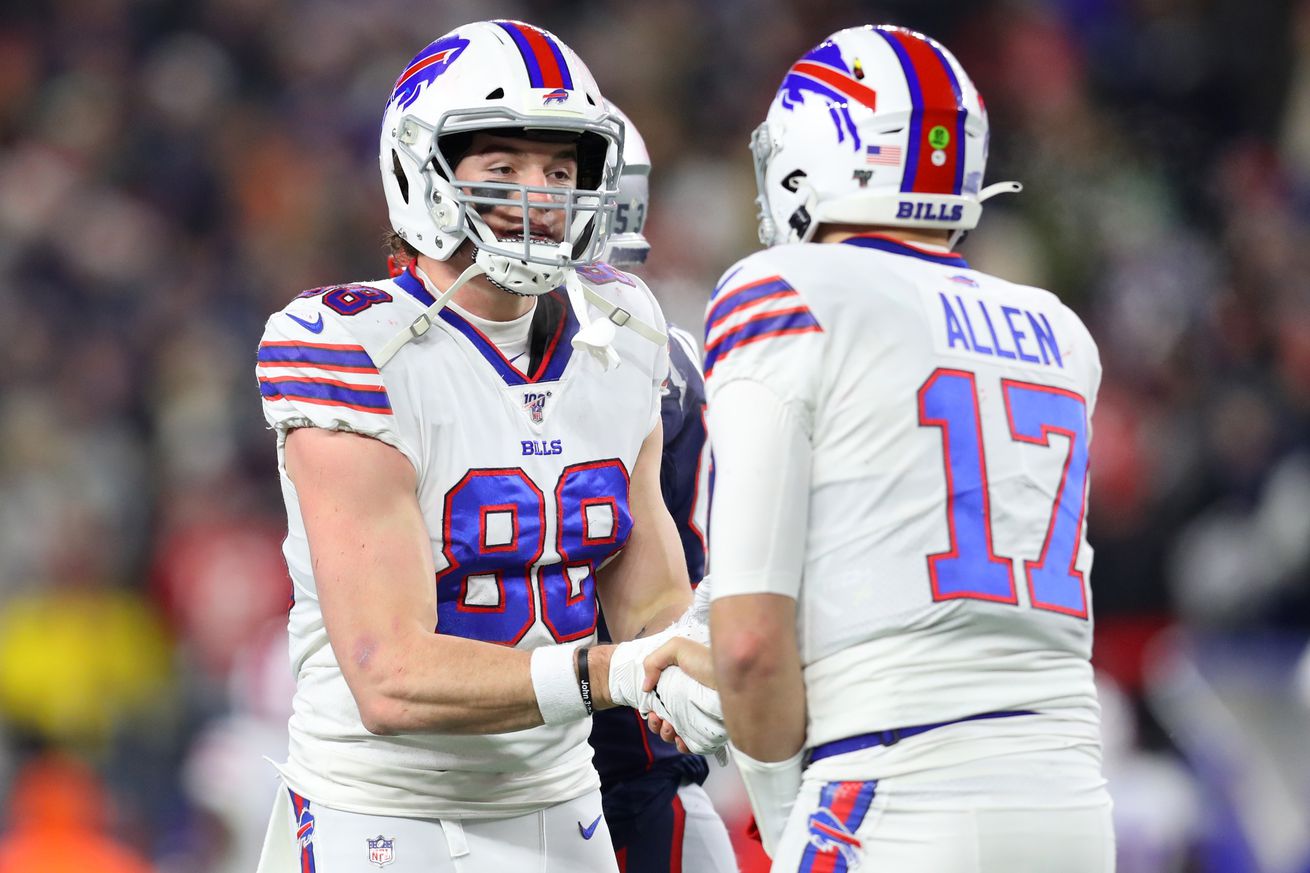 Here it is! Come vote for the play to define the 2019 season

On the surface sports may seem to be a repetitive competition with a similar plot week in and week out. Ardent fans know, though, that each contest tells its own tale. These narratives weave together to form tapestries that fill our collective conscience.

The 2019 season for the Buffalo Bills is one such tapestry. But how best to tell the tale? We’re about to decide. A season’s worth of games were all distilled into a single play to represent each story. And each one competed for the right to represent the entire year. We’re down to two. But we need to get to one.

Representing the Away Games:

Facing off against a John Brown touchdown from Week 1, Josh Allen’s Thanksgiving Day conversion dominated the competition to cruise into the Championship. One of the most memorable plays in years, Allen’s determination on the play is a mirror of the culture the Buffalo Bills have looked to instill.

In addition to that narrative, this play stands for the fact that the 2019 Bills’ offense usually rose as far as Allen could take it. It represents a coach who has been called out for being conservative learning to take risks.

Dawson Knox, the angriest run of the year

Dawson Knox’s angry run racked up the highest vote total for any play in their respective games. Up against the missed sack in the Houston Texans game, this play squeaked into the finals. Will it return to dominance here in the Championship?

This play bears many similarities to its opponent with undertones of a team starting to come together and realizing its potential. The grit shown by Knox is as good of a look into “The Process” as any. The play also tells a story of a team that was hard to stop when all cylinders were firing.

Editor’s note: If you’re viewing this on a mobile news app, you’ll need to go to your web browser to vote.