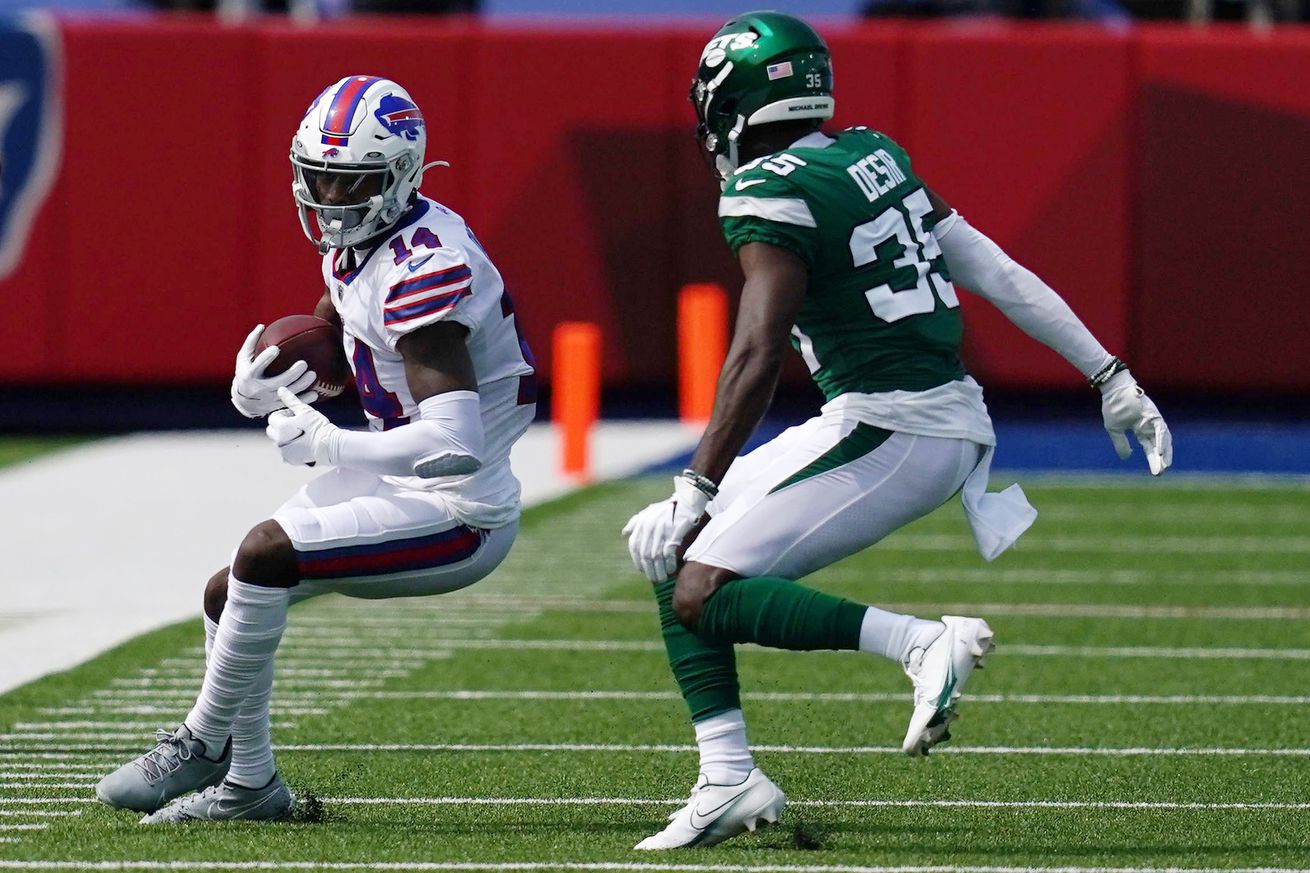 Our first recap of the season!

As I tend to do, let’s get a periodic reminder out of the way. The intent of this project is not to evaluate the fairness of penalties (though I do dive into that on occasion). Rather, the idea is to create a fast flag system that tells us which penalties had the greatest impact on the game. That means “as called” not “as we think they should have been called.” With that out of the way, the Buffalo Bills and New York Jets both had a bad week with penalties. The Jets had the worse week overall.

For new readers and as a refresher, most box scores focus on penalties assessed. I like to include declined and offset penalties to evaluate total tendencies as well. Those are the “true count” numbers to the right.

Buffalo did better than the Jets in both assessed count and true count but both teams were above league average. That doesn’t mean a whole lot in Week 1 to be fair.

Interestingly, the 2019 season closed with 6.73 penalties assessed per team per game, and 8.07 penalties called. Even more interesting, since I’ve been doing this, each year has started out high and trended downward as teams clean(ed) up their game. In other words, 2020 is off to a very low start. To compare, teams were assessed 7.78 penalties on average in Week 1 of 2019. Called penalties were over nine per team.

Assessed yards is exactly what it sounds like. True yards factors in yards negated or otherwise impacted by penalty on top of the assessed. For the Bills, two offensive holding calls impacted yardage. One on Quinton Spain wiped out a one-yard gain. One from Mitch Morse “negated” a loss of four yards. The end result for that play is that it really only set the team back six yards from where they could have been rather than the usual ten. That explains why their true yards are lower than the assessed.

The Jets did worse than the Bills in both metrics, negating ten yards on top of their assessed. Both teams however again were worse than average. And like the counts, the 2019 results are similar. In Week 1 last year teams averaged 63.8 yards in penalties.

For new readers the chart shows the culprit for each penalty. When a player commits more than one type they get multiple sets of bars. Within each set, the left column gives the count of that penalty type (the green ones here). Usually that’s “1” but sometimes a player makes the same mistake more than once in a game.

The column on the right (black on this chart) gives the penalty “harm” they rated for each penalty type. This is a proprietary stat that I’ll explain a bit with some examples. Numbers are not absolute values. So a harm of “2” isn’t necessarily twice as bad as “1.” The idea is that higher numbers indicate a higher likelihood of having impacted the game.

Most of the penalties simply correspond to the assessed yardage. Harm is assessed as 1/10 of yardage. Delay of game and false start are nearly always 0.5 Harm because they’re five-yard flags. Tarell Basham and Quinnen Williams were both called for roughing the passer. Both of these were assessed yardage only. Basham’s is lesser because it was near the goal line and assessed as half the distance rather than the full 15.

Why is Williams’s offside flag worse than his roughing call? It gave up two free downs. In addition to the five yards asses (0.5 Harm) it occurred on third down and was enough yardage to give a first. The difference of two downs translates to 2.0 Harm for a total of 2.5.

Similarly, Nate Hairston’s defensive pass interference call gave up two downs on top of 12 yards for 3.2 Harm. Pierre Desir gave up 33 yards and one down for a total of 4.3 Harm—or the worst Jets penalty of the day.

Desir was also called for holding as seen above. While it only gave the Bills three yards, it was also good for two downs. Had this not been called, the Bills likely go for a field goal and the tone of the game is different. Additionally, kudos to the refs. The tug occurred before the ball is in the air so holding is the correct call. Had they ruled this as pass interference, the Jets could have argued that the ball was uncatchable. Instead, the Bills got to keep trying and punched it in for a touchdown.

In total the Jets had 17.5 Harm rating. Based off of the last few years, around 10.0 is the cutoff for a reasonable day where penalties weren’t a major factor. Anything in the teens is considered a day where you should assume penalties played a part.

Most of the Bills’ penalties were pretty boring as far as explanations go. Morse’s holding call had the four-yard loss negated as noted, and Spain wiped out a one-yard gain. Levi Wallace’s call was for 20 yards and occurred on first down so there’s no additional harm.

Mario Addison’s face mask call wiped out a down in addition to the 15 yards and everything else was just straight assessed yardage. Speaking of Addison’s flag…

It’s a pretty clear-cut call. The reason I highlighted this one is because it was the worst one for the Bills all day, but also because the Jets were down by only 11 points and had an entire quarter to try to get back into the game. If any penalty COULD have derailed the game it was this one. The Jets didn’t capitalize though, and we’re celebrating this week.

Remember the number thresholds from above for total harm. The Bills had 9.7 Harm, which puts them on the right side of things.