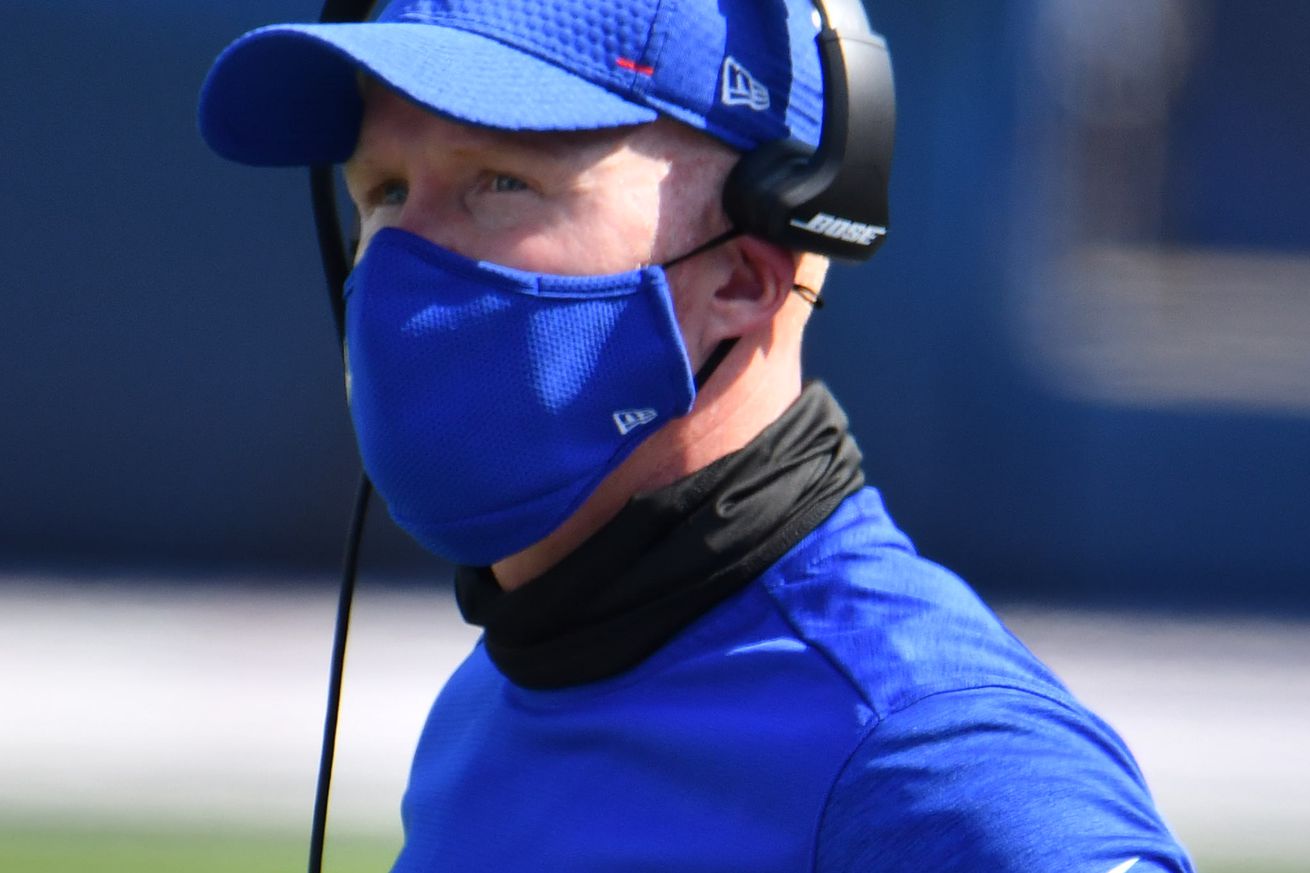 Overall a pretty clean game though not without controversy

The Los Angeles Rams and Buffalo Bills combined for 12 total penalties with a mere eight assessed. Despite the relatively low numbers of flags impacting the game, the ones that happened were not without controversy. Let’s check ‘em out.

The charts are pretty clear-cut for these. The Bills were pretty average with about one less penalty assessed than average and the number called (true count) almost perfectly average. The Rams were better than average in both measures.

The league average went slightly down for assessed count and slightly up in true count. Both remain well below the 2019 season average. After three weeks it’s starting to look like there’s a concerted effort to reduce flags this year.

With only seven penalties and several having bigger stories, let’s just discuss them all except the Darryl Williams false start because those almost never have an interesting story.

Mitch Morse wiped out a six-yard run by Devin Singletary on first down. The six yards tack on to the ten yards assessed for harm rating. All yardage is counted at one tenth giving Morse’s flag a rating of 1.6 Harm. Brian Winters’s illegal block above the waist is a similar story except change it to three yards negated and on a pass to Gabriel Davis.

Josh Allen’s facemask call was pretty clearly the right call despite its rarity. The unsportsmanlike conduct flag is impossible to judge. We can sit back all day and say “So and so gets mad at the refs all the time” and ultimately it’s meaningless unless we know what was actually said.

Penalty harm rates what ultimately did occur rather than what could have. In the case of offsetting penalties I made the decision a long time ago to rate them as zero because each team gets a do-over, rather than trying to sort out the “coulda been” for each team. In this instance though I’ll discuss the coulda been for Buffalo as they scored a touchdown on the play. If Winters hadn’t have been called for holding they would have declined the roughing-the-passer call and scored. They did anyway after what felt like 42 tries at it, but this flag could have been a big deal.

Finally we have the offensive pass interference on Tyler Kroft that was declined due to the Rams getting a gift from the refs an interception. Let’s see if the OPI was warranted and also get angry again at how bad of a call the “interception” deal was.

OK, so the offensive pass interference is clear cut. Kroft earned the flag. I won’t quote the “joint control” rule because in this case everyone has it right. A “tie” goes to the passing team. Even worse, there’s no tie. Kroft snatches the ball out of the air and it never wiggles. He has clear control all the way to the ground.

As an aside, there should have been a second flag here. While falling Kroft is in a “defenseless posture” and getting hit in the neck/head area with a forearm is a big no-no. The pass should never have been thrown by Allen. The catch by Kroft was never going to stand because of the OPI. But it should have been a do-over thanks to offsetting penalties. Instead it was a complete and utter BS interception.

Anyway, the Bills racked up a scant 6.4 Harm, which is a pretty clean day overall.

I already covered the roughing call above and I’m going to go out on a limb and say nobody cares about the two holding calls by Havenstein and Whitworth. Let’s jump right to that defensive pass interference call everyone but Bills fans were angry about.

First, for our proprietary stat, it was assessed at 10 yards (note, this is important) and gave up three free downs as it occurred on fourth. That’s 1.0 for the yards and 1.0 for each down for a total of 4.0 Harm. Now then, was it justified? Remember that assessed yardage? Defensive pass interference is a spot of the foul assessment, meaning the ref indicates it happened ten yards past the line of scrimmage. We’ll come back to that. But first, a GIF.

I’ve marked the line of scrimmage and five yards after because blocking within five yards is acceptable. There is illegal contact within five yards, but I’ll skip the rules lecture and say none of it applied here. So let’s see what the rule says about after five yards. I’ll quote the rule and add my notes in parentheses.

“Beyond the five-yard zone, if the player who receives the snap remains in the pocket with the ball (Allen was), a defender cannot initiate contact with a receiver who is attempting to evade him (receivers nearly always are trying to evade as it does them no good to be tangled up). A defender may use his hands or arms only to defend or protect himself against impending contact caused by a receiver (this applies if there’s a gap and the receiver tries to run them over which wasn’t the case).”

At minimum there’s a really good case for illegal contact. That would have only been a five-yard flag but still a first down, keeping the Bills alive. Let’s read the DPI rule though to see if the refs got it right.

Here are a couple sub-clauses for DPI that give examples of what is considered to be illegal. “Contact by a player who is not playing the ball that restricts the opponent’s opportunity to make the catch” and “Cutting off the path of an opponent by making contact with him, without playing the ball” are both considered DPI. Both of these are really good descriptions for what happened.

Want it to be more clear? Here you go (emphasis mine). “It is pass interference by either team when any act by a player more than one yard beyond the line of scrimmage significantly hinders an eligible player’s opportunity to catch the ball.” That’s right, a lot of commentary on this flag cited the five-yard rule, which is true for illegal contact. But for pass interference it’s a one-yard rule and is in effect as soon as the ball is in the air.

So yes, Darious Williams could have been rightfully called for illegal contact at the eight-yard line (five yards past the line of scrimmage). However, the ball is in the air when Gabriel Davis was at the six-yard line and Williams was still making contact to cut off his path without playing the ball at the three. The refs got it right.

Now that we’ve put that to bed, for those of you still doubting that the refs are calling illegal blindside blocks in the manner I’ve described twice now…well here you go.

The Rams ended with 6.3 Harm on the day, which is also a good day at the penalty office—except, I guess, when one of those penalties gives your opponent another chance to score the winning touchdown.