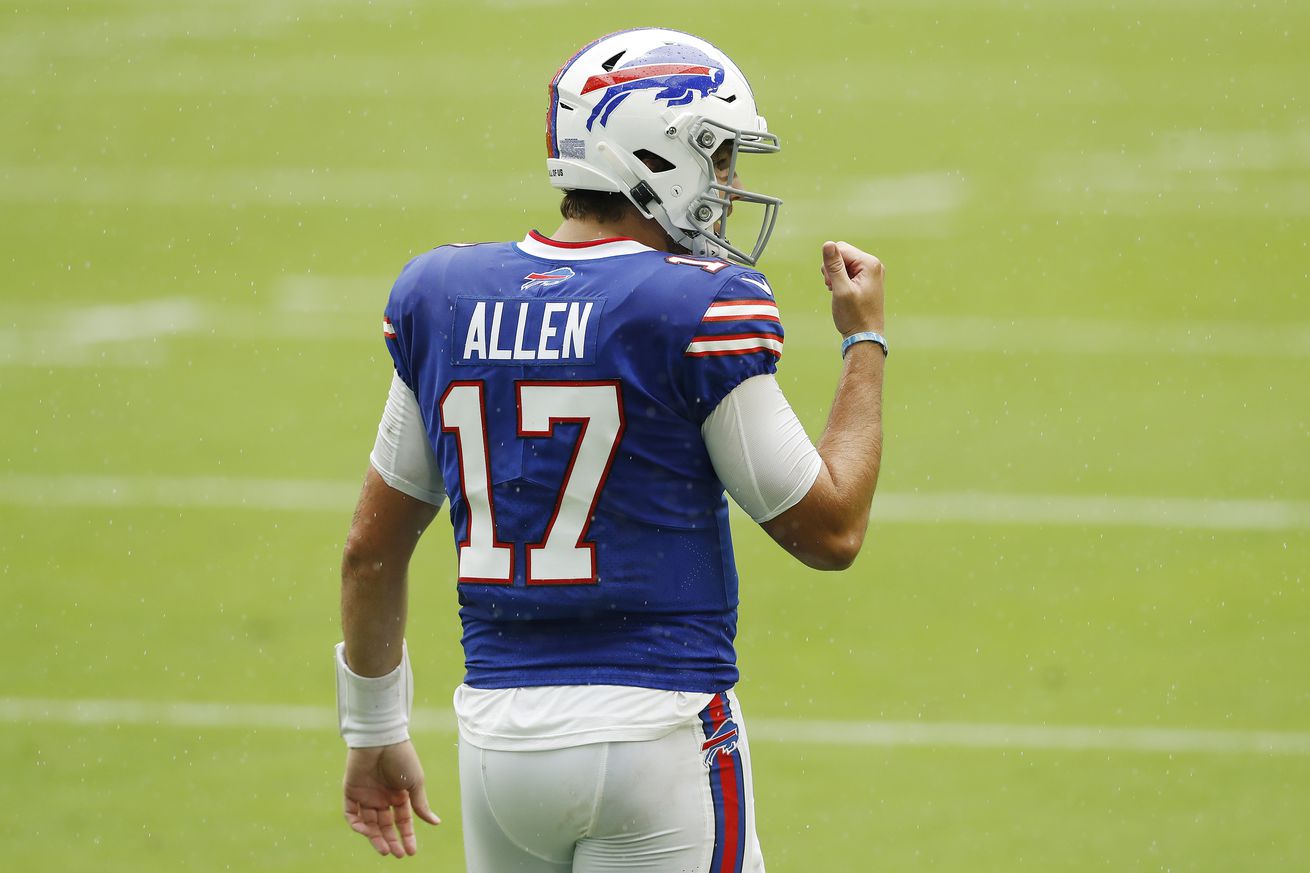 The Bills are 2-0 for the second consecutive season, and Josh Allen is to thank for it.

In week 1, Buffalo Bills fans were treated to Josh Allen’s first 300-yard passing game of his young career. This week, Allen was able to have yet again a career day going for over 400 yards passing with four touchdowns. What does this mean for the Bills this season? That and a few more observations below the break.

Allen was lights out

Josh Allen was simply phenomenal and there was no question about it. He was as comfortable as he has ever looked passing the ball with ease anywhere on the field. Areas of his game perceived to be weaknesses this past offseason were strengths against the Dolphins. He was 7 for 8 on passes traveling 20 yards down the field, including a 46-yard touchdown pass to John Brown. Through two weeks he’s been one of the best quarterbacks in the entire NFL. If this continues, he will have this team in contention for a deep playoff run.

Concern on the defense?

We knew coming into this game how much of a loss Tremaine Edmunds and Matt Milano were going to be for the defense. We just didn’t know the severity of it. Their linebacker depth seemed to have been exposed as Ryan Fitzpatrick carved up the middle of the field throwing to tight end Mike Gesicki. The cornerback spot opposite Tre’Davious White still remains another weak spot, as Levi Wallace seemed to be picked on all game. It will be interesting to see if Josh Norman gets time at that second cornerback spot when he returns from injury. It won’t get any easier with the 2-0 Los Angeles Rams coming to town after putting up 37 on Philadelphia.

Diggs had a day

We saw just how important it is to have a big-time number-one receiver, as Stefon Diggs was a monster in Miami. His chemistry with Josh Allen continues to grow with every single throw. While Dolphins top corner Byron Jones exited the game with an injury, it’s hard to imagine how much Jones could have done to slow down Diggs. Diggs made a few 50/50 type catches the have alluded the Bills for so long. Allen has never had the luxury to throw to a receiver with Diggs’s talent level and he seems to be taking advantage of it.

While there no doubt should be concern about how the defense as a whole played, I do believe the defensive line pressure was very strong. The Bills seemed to be able to move Miami’s offensive line right into the lap of Ryan Fitzpatrick on multiple occasions, and converting a lot of that pressure into three sacks—one each for Ed Oliver, Jordan Poyer, and Mario Addison. If there’s anything they can build on from the defensive performance, it would be that. They definitely will need more of that throughout the year as they still face quarterbacks like Cam Newton, Patrick Mahomes, and Russell Wilson—all quarterbacks who can use their legs when needed to make plays.

For the past two years, the notion of the Bills and Josh Allen was that the defense carried the team. Last Sunday was a completely different looking team. The offense was the one carrying the load when the defense was having an off day, something fans and media were clamoring for last year. The defense no question needs to play better to be able to keep up with teams better than Miami and the New York Jets. However it is nice to know the Bills have a quarterback and an offense capable of producing wins. Jared Goff and the Rams are waiting in a match-up of undefeated teams in Orchard Park, and the Bills will need to bring their best performance next week if they want to be 3-0