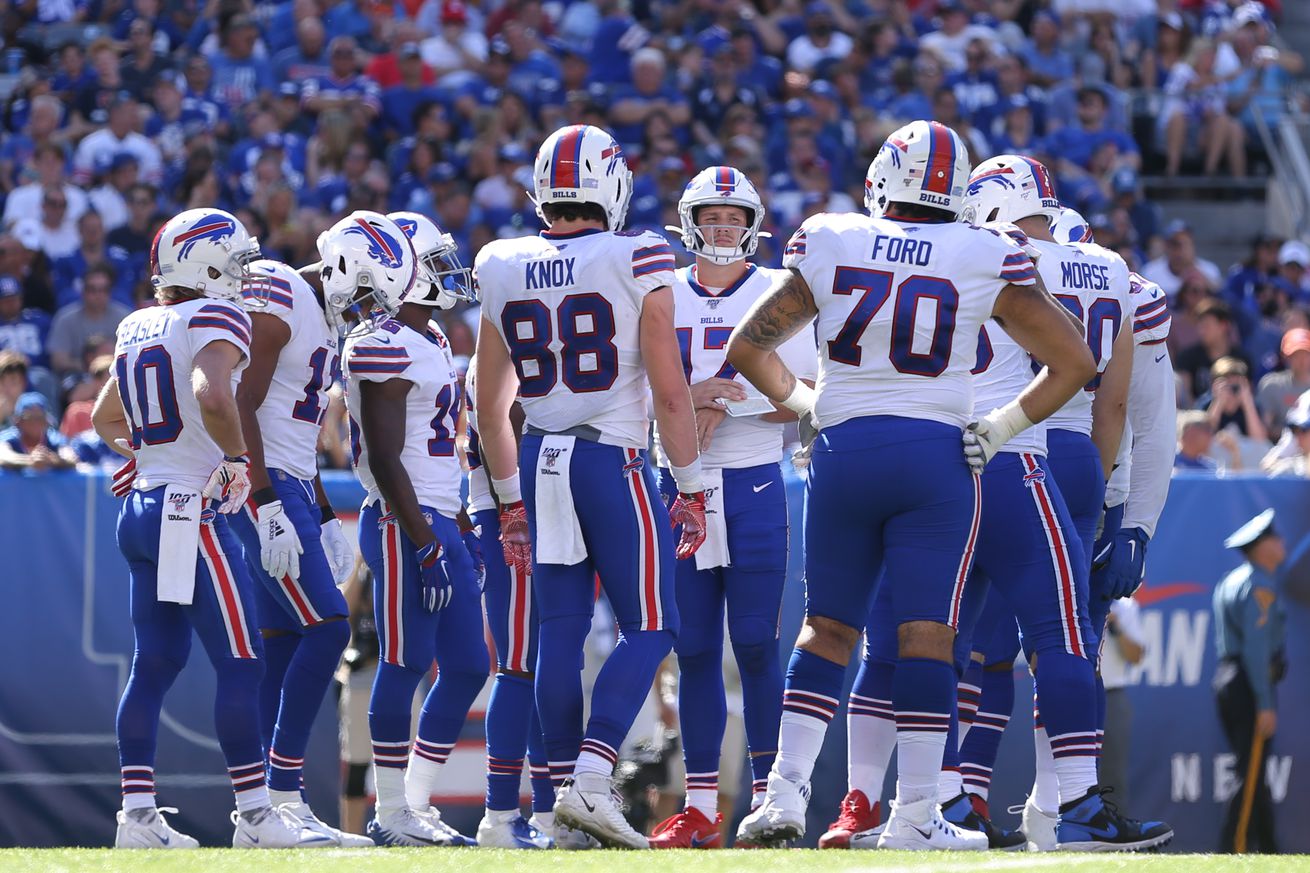 The Rumblings staff weigh in on the upcoming season

Each year the staff at Buffalo Rumblings compiles our predictions for the Buffalo Bills’ win-loss record. Check out our thoughts below on how the Bills will do against an improved schedule in 2020.

Although the team has made improvements on both sides of the ball during the offseason, Buffalo’s difficult schedule will keep them from finishing any better than 9-7. I don’t see Josh Allen improving quite enough to make a huge difference in the team’s fortunes to the point of finishing with eleven or twelve wins.

This team is better than the team that went 10-6, but the schedule is tougher and the Bills can’t always count on being the healthiest team in the league again this season. Expect another step in the right direction in Josh’s development, but not large enough to out duel some of the high-powered offenses.

There’s a whole range of outcomes here, as I think Buffalo could realistically be anywhere from 12-4 to 7-9 depending on how things go. I’ll split the difference and sit in the middle. A phenomenal defense keeps the Bills in the playoffs. Is Josh Allen the answer, or is he just a guy? We’ll find out for real this year.

I think the Bills will be better than last year with the addition of Stefon Diggs and the maturity of Josh Allen, but a more difficult schedule won’t let them finish with a better record. Back-to-back winning seasons would still be pretty unique for Bills fans and I think they win the division title with that record.

The Bills could end up being a better team than last year and have a worse record. As cliche as it sounds, it all comes down to Josh Allen. I’m expecting a step forward from Allen this year, but how much remains to be seen. I’m picking the Bills to go 9-7 this year, and I think that should be enough to compete for an AFC East division title.

I’ll side with my data, Allen and the offense take a small step forward not a big one. The defense keeps them in games and they go 10-6 again.

The schedule is more difficult, but the talent is better top-to-bottom. There are no more excuses for Josh Allen and the offense. The offensive line could be a weakness, but there’s depth to plug and play. Stefon Diggs, John Brown and Cole Beasley form arguably the best trio of wide receivers in the AFC, and Devin Singletary and Zack Moss should be a dynamic duo. With an elite secondary and offseason improvements in the pass rush, Buffalo wins that elusive AFC East crown for the first time since 1995 and hosts and wins a playoff game.

Crazy talk, I know. Look, i’m usually the one steering the wagon towards either side of 8-8. But not this season. Yes, it’s a doozy of a year for these folks to play NFL football. It’s also the third year in a row that Josh Allen will operate out of the same offense called by the same offensive coordinator and quarterbacks coach. As you look at that offense and realize they didn’t get worse—they added Stefon Diggs and Zack Moss. The case can be made that the Bills’ passing attack should be MUCH better than in 2019. That’s gotta count for more than status quo in a big way and it does exactly that for me.

I am usually the most optimistic of the bunch, and the 2020 season should be no different. The Bills sweep the AFC East, paving the way towards the division title. The offense shows vast improvement as Allen takes the next step at quarterback, with Diggs and Brown each go over 1,000 yards receiving.

Going through the Bills schedule and picking game by game, I end up seeing them hit 11-5. That said, even though I think this team is better than last year’s, the tougher schedule can’t be discounted. Games at San Francisco and Las Vegas, a game in Nashville where the usual Bills contingent can’t pile into the stands; home matchups against the Chiefs, Seahawks, Chargers, and of course, the Patriots. I think the Allen-Diggs connection is for real out of the gate, and I love the Bills defense as always. This team can and should win the division and host a home playoff game this season.

Be sure to share your predictions on the 2020 season in the comments below – go Bills!