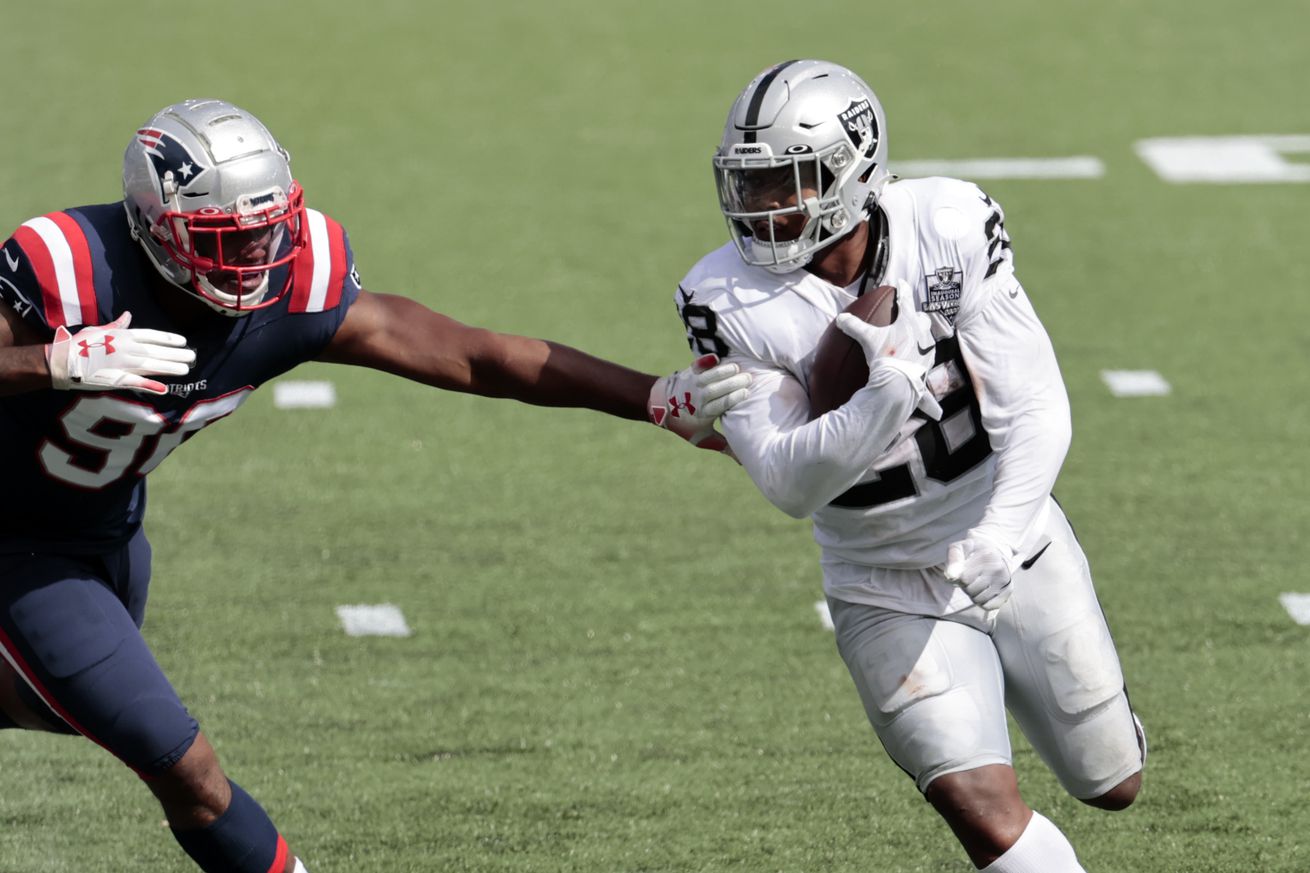 With so many worries about the Bills’ run defense, let’s see how the Raiders stack up

The Buffalo Bills didn’t do a great job stopping the run against the Los Angeles Rams. In fact, the Rams’ success running the ball was a huge reason for their second-half surge that nearly upset Buffalo. The Las Vegas Raiders could look to replicate that success, especially this week. With starting receivers Bryan Edwards and Henry Ruggs III not practicing the passing game might be shut down before the game even starts. Starting running back Josh Jacobs and fullback Alec Ingold also appeared on the injury reports this week, but practiced in full. Let’s check in to see if the Raiders have the tools to match up with the Bills in the trenches.

Even though the analysis was generally oriented on the run game, the focal point definitely has to be Josh Jacobs. His 3.7 yards per carry is a bit misleading as early on it looks like a fair amount of goal line carries has dragged the average down a bit. On the flip side, I’m not saying he’d have a crazy high average otherwise, but in general he often looks like the back who averaged 4.8 yards per carry in 2019.

More importantly, while the other backs have higher averages than Jacobs, he’s had 68 of the team’s 88 carries so far this year. The running game to this point has flowed through Jacobs. If he’s limited due to injury it could be a big deal. For this play, Jacobs shows patience as a runner and the ability to be a bit slippery. When contact is unavoidable he lowers the shoulder for a bit more.

Josh Jacobs is a pretty well-rounded back. You might struggle to find a “wow” play, but he can handle a variety of tasks pretty well. With a head of steam and leverage he can move a pile. With a bit of space and time he can make guys miss.

There’s a little of that in-space action I was talking about above. This play is meant more to highlight how the Raiders operate though. They do better toward the edges and getting their linemen moving a bit.

When you look at the Raiders’ rushing numbers, pretty much every stat screams “average.” That means a decent amount of plays that don’t go so well. Often, failed runs are the result of a gap not being picked up and a defender scooting through like we see here.

To help out their linemen, they aren’t shy of spreading out the offense a little bit to create some gaps. That also helps create some opportunities for pulling linemen to get in position and help lead block.

The Raiders also aren’t shy about getting extra blockers to help out. In addition to this squad, they’ve had their fullback on the field one out of every five snaps, and not just in goal-to-go situations.

Statistically speaking the Rams have not been that much better at running the ball this year. From a strict data perspective the Raiders should be nearly as successful. On the other hand they’ve arrived at semi-similar numbers in different ways. The Raiders are a little less stout at the point of attack, but could choose to be a little more mobile.

The Buffalo Bills are probably emphasizing gap discipline this week. Working in their favor is the plethora of injuries with which Las Vegas has been hit. Between that and a bit better matchup than we saw last game, the Bills might be able to get the run defense under control.