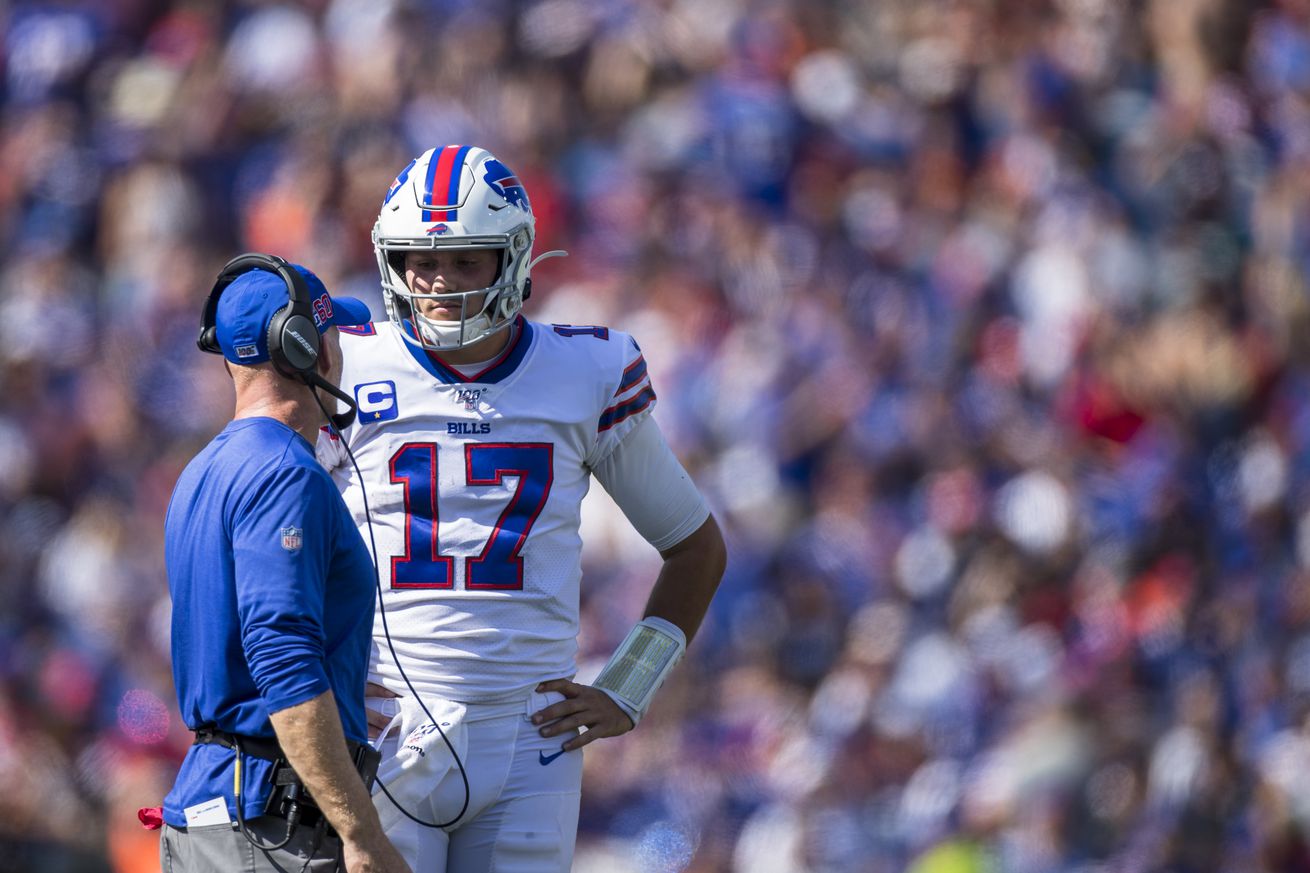 The years remaining on these deals make you think.

The pressure is all on Josh Allen now. That’s the reality of the situation now that Buffalo Bills head coach Sean McDermott is locked in for another six seasons. With an extension coming soon for general manager Brandon Beane, it’s clear that those guys won’t live and die with the young QB’s development.

Typically speaking, head coaches and GMs get one bite at the apple as far as starting quarterbacks are concerned. A bad QB often means a losing team and a fired coach. Miss on that one swing, and you strike out. But with a contract in his hand that far outlasts Allen’s current deal, that isn’t going to be the case with McDermott.

Earlier this week, he had some pointed words for Allen during a press conference saying that Allen taking the next step is what keeps him up at night the most. It wasn’t overtly mean or worrisome, but McDermott is always close to the vest with the media. His choice of Allen as the last thought before he falls asleep wasn’t an accident.

Conversely, McDermott didn’t miss a beat while publicly backing his general manager two weeks ago. There was no hesitation or concern in his long statement of praise for Beane that ended emphatically.

“Brandon has done a phenomenal job and I can’t envision myself working with any other GM.”

So with McDermott (and Beane seemingly) locked in, the Bills’ brass will be able to survive if Allen doesn’t take the next step to become the franchise QB, or worse, regresses in 2020. They’ll be able to sign a veteran to get them over the hump six months from now instead of guaranteeing Allen a hefty fifth-year option. They’ll be able to go into the NFL Draft and take a shot at another QB to develop because they’ve built the culture and the team to get the job done and earned contract extensions in the process.

“Trust the Process” has morphed into “In Sean We Trust” if they weren’t already the same thing from the moment McDermott entered the building at One Bills Drive. Now it’s time to see if Allen can earn the same trust.