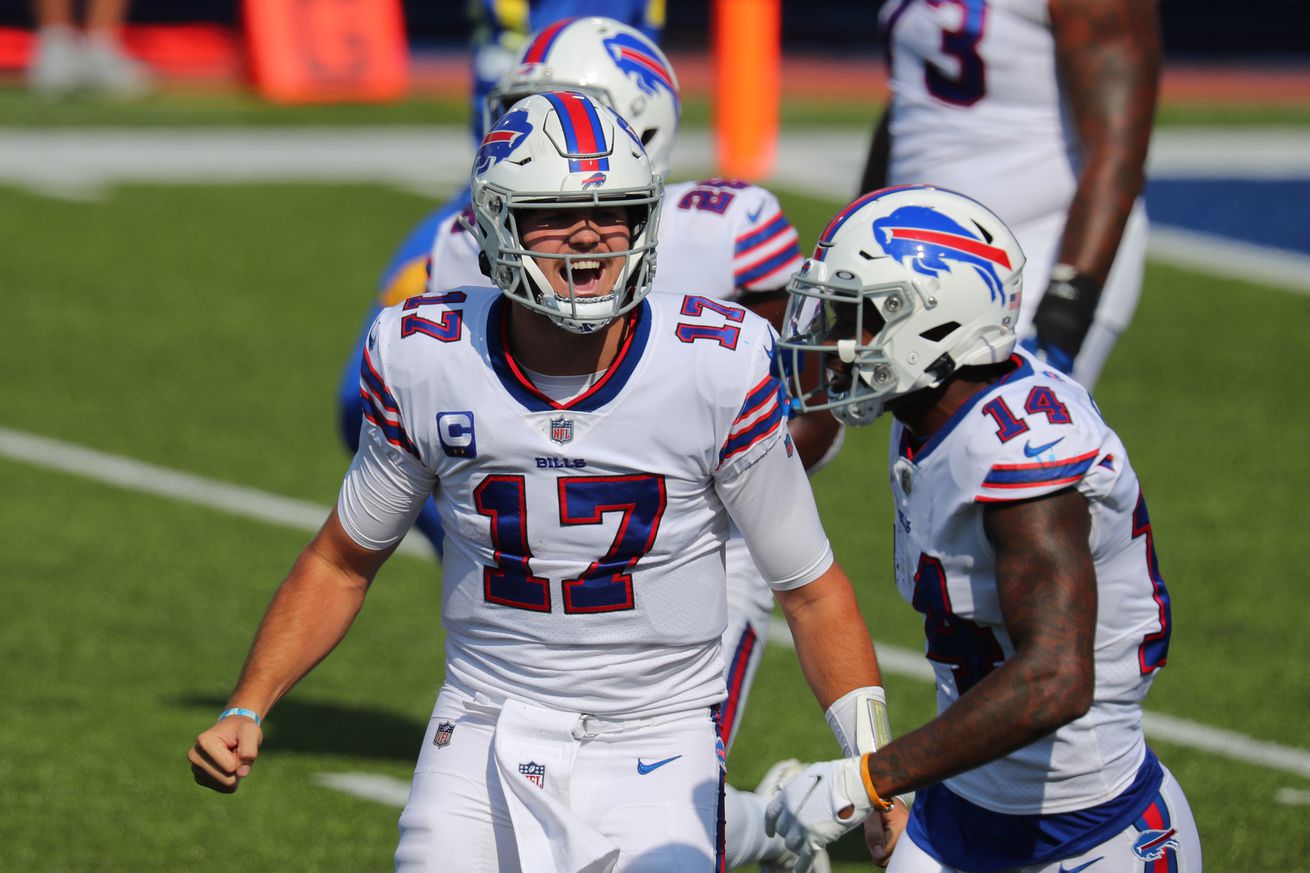 With 10:34 left if the fourth quarter, the Bills had the ball at their own 25 and up 28-25. Yet so many Bills fans were expressing their belief that the Bills were going to lose this game.

Everyone know what frantic Josh Allen looks like; it has a very definitive look. He switches the ball between hands, he seems to leave the pocket too soon, he holds the ball for too long, pass rushers are hanging on to him by his jersey, he takes big sacks, and he tries things like laterals.

It happened in the Wild Card game against the Houston Texans last season. And it happened again on Sunday. It is as if somehow Allen thinks he needs to solve all the problems on this very play, each and every snap. That pressure builds like a pot boiling over on your stove and making a bigger mess than before.

The key is that all of that happened, it was textbook frantic Josh Allen, and yet the Bills won in the end because of Josh Allen. Allen found a way, for the first time, to ground himself and even when things were spinning out of control found a way to make the right choices on the field.

The feeling that most all Bills fans were experiencing with 10:34 left in the fourth quarter is a familiar one. It’s familiar because of how many times the Bills have given those games away and forced fans to stomach it for six days. Best-case scenario, the Bills perhaps got lucky and the other team shot themselves in the foot. But rarely, if ever, have the Bills faced that demon and emphatically pounded the nail into the opponent’s coffin. This kind of win with this kind of quarterback was unlike anything this writer has ever experienced before.