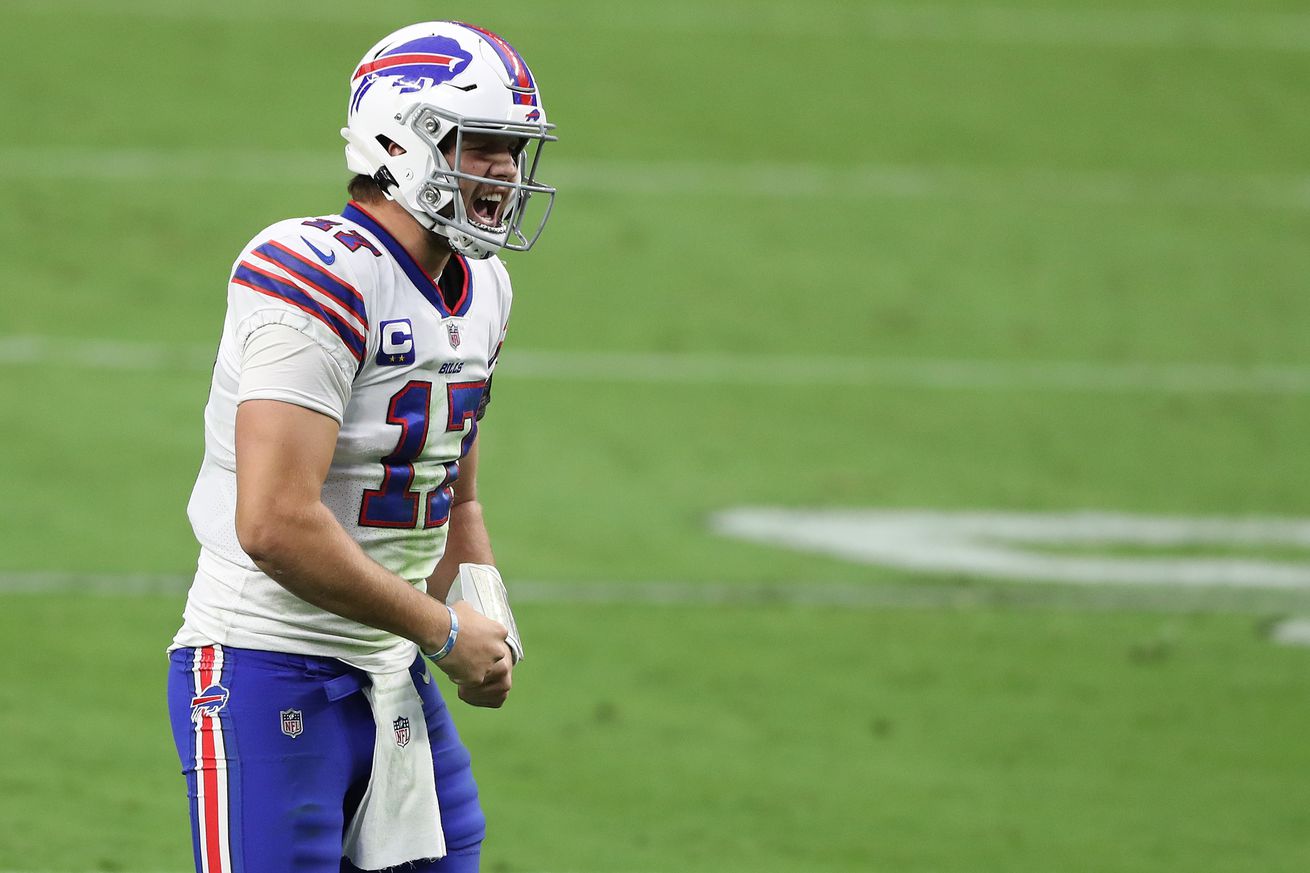 The Buffalo Bills beat the Las Vegas Raiders in their first trip to Allegiant Stadium and maintained their undefeated record. They accomplished this in spite of the fact that Josh Allen had his worst performance of the 2020 season on Sunday.

The Bills were able to overcome Josh Allen’s lowest passing yards of the season to get a win in Sin City. /s pic.twitter.com/zEwN0GH66r

After three straight games of over 300 passing yards, including a 415-yard game, Allen only threw for a paltry 288 yards against the Raiders. This 288-yard performance is his lowest total of the season… but still higher than any game from he previous two seasons in the NFL. So while Allen had his “worst performance of the season” his performance on Sunday would have been one of the best performances of his career if he didn’t already put up three straight weeks of career highs.

In an odd way, Sunday may have been the most encouraging game of the season so far for Bills fans. It showed us that even when Allen is not filling up the stat book the Bills’ offense can still put up thirty points and look incredibly comfortable doing it.