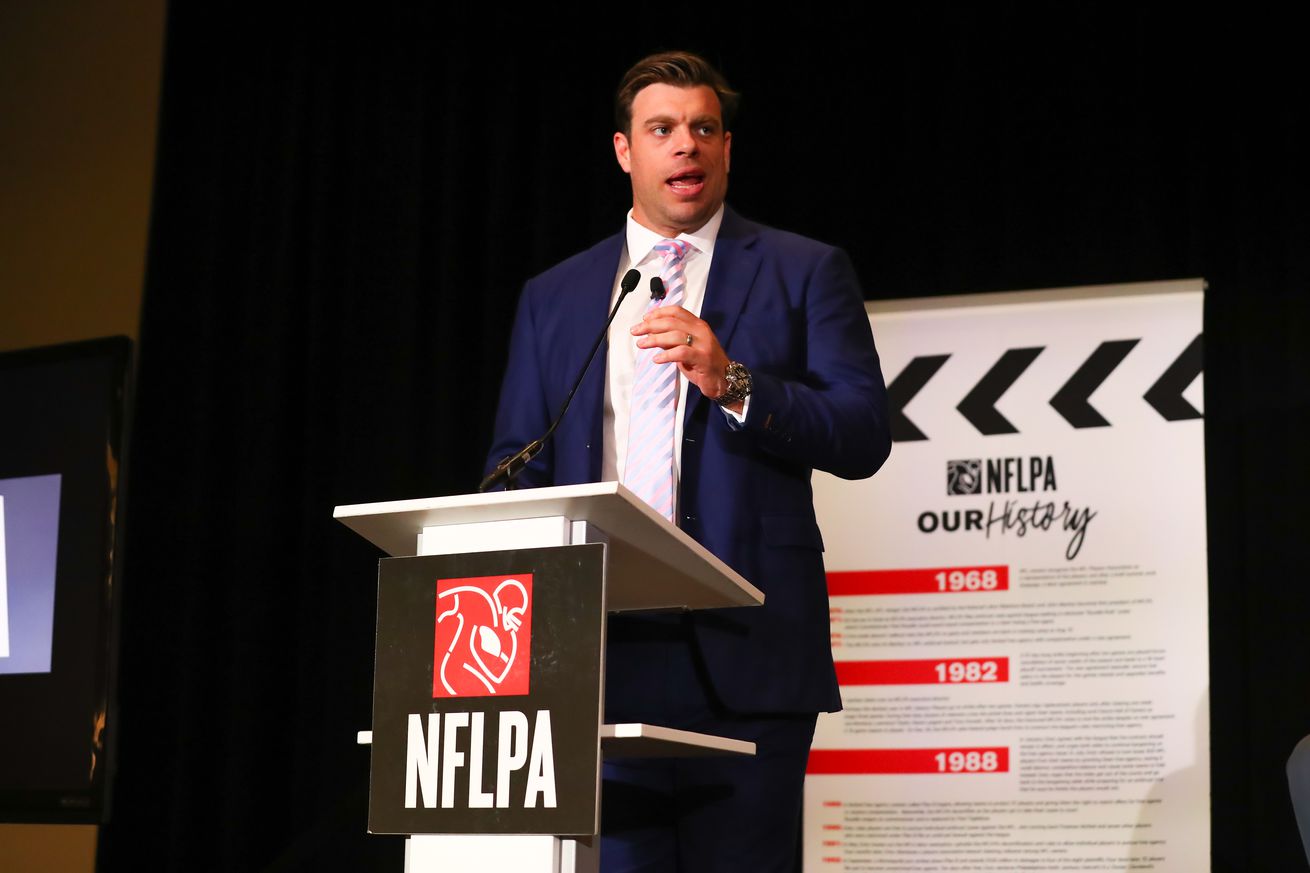 The NFL and the NFL Players Association have both voted to approve changes to the league’s Collective Bargaining Agreement in response to the coronavirus pandemic. These changes include the previously discussed changes to training camp, discontinuation of preseason games, COVID-19 testing protocols and opt outs, changes to the salary cap, and an expansion of practice squads. The goal hasn’t been to start the season, but rather to make sure they can finish the season.

First, each NFL team will need a plan approved by the league and the NFLPA on what to do if there is an outbreak at a team facility. The Buffalo Bills were one of eight teams that had their plan approved on July 22nd.

The COVID-19 testing protocols to open training camp were also approved. Players are tested on their reporting date, have two days of virtual training camp, at which point they can enter the facility after their test on Day 4 comes back negative. This will also include daily COVID-19 testing for two weeks before switching to every other day.

Players AND team personnel who engage in risky behavior that could lead to coronavirus exposure are subject o discipline from the league. No parties.

They have a ramp-up period of 20 days to get back into football shape since many were training on their own without gyms and coaches this offseason. There will only be 14 padded practices. There will be no preseason games in 2020.

If the teams don’t play regular-season games, players won’t get paid. (Owners wouldn’t be paid either because their TV contracts would be broken at that point.)

If low-risk players opt out of playing in 2020, they will receive a $150,000 advance for the 2020 season then play out the remainder of their contract. (Laurent Tardif, MD, is the first player to opt out. He will continue serving patients in Canada.) The $150,000 will be deducted from their now-2021 salary, hence why it’s an “advance”. If high-risk players opt out of their contract, they will receive a $350,000 stipend and earn an accrued season. All of the CDC increased risk guidelines would make a player “high risk” EXCEPT for high BMI, since a large majority of the league would qualify. Players with asthma, diabetes, compromised immune systems, sickle cell, and a host of other medical conditions fall under the high-risk category.

There are two options for roster cuts. Option 1 is an earlier cutdown day in 2020, with rosters trimmed from a maximum of 90 to 80 players immediately. The Bills currently sit in the mid-80s. This is to provide a little more space in the locker room and reduce exposure. The second option is to run split practices, with one group in one area (such as the stadium) and another group somewhere else (such as the practice field). The two groups are rookies/second-year players and veterans. If they choose option 2, the cutdown from 90 to 80 needs to take place by August 16th.

To combat the worry of having players unavailable to play in the event of a quarantine, there will be six additional practice squad spots in 2020 and those six players don’t have accrued season restrictions. Typically seen as a way to develop young players, now the practice squad has an additional purpose of keeping players in your system and ready to be called up at a moment’s notice. To enhance that, four players on the practice squad will be protected each week and unable to sign with another team.

Training camps are all set to start on time with the agreement. Football is happening.

Editor’s note: This is not a thread to discuss fans at the stadium or your general thoughts on COVID-19. Keep the comments limited to the agreement between the NFL and NFLPA.