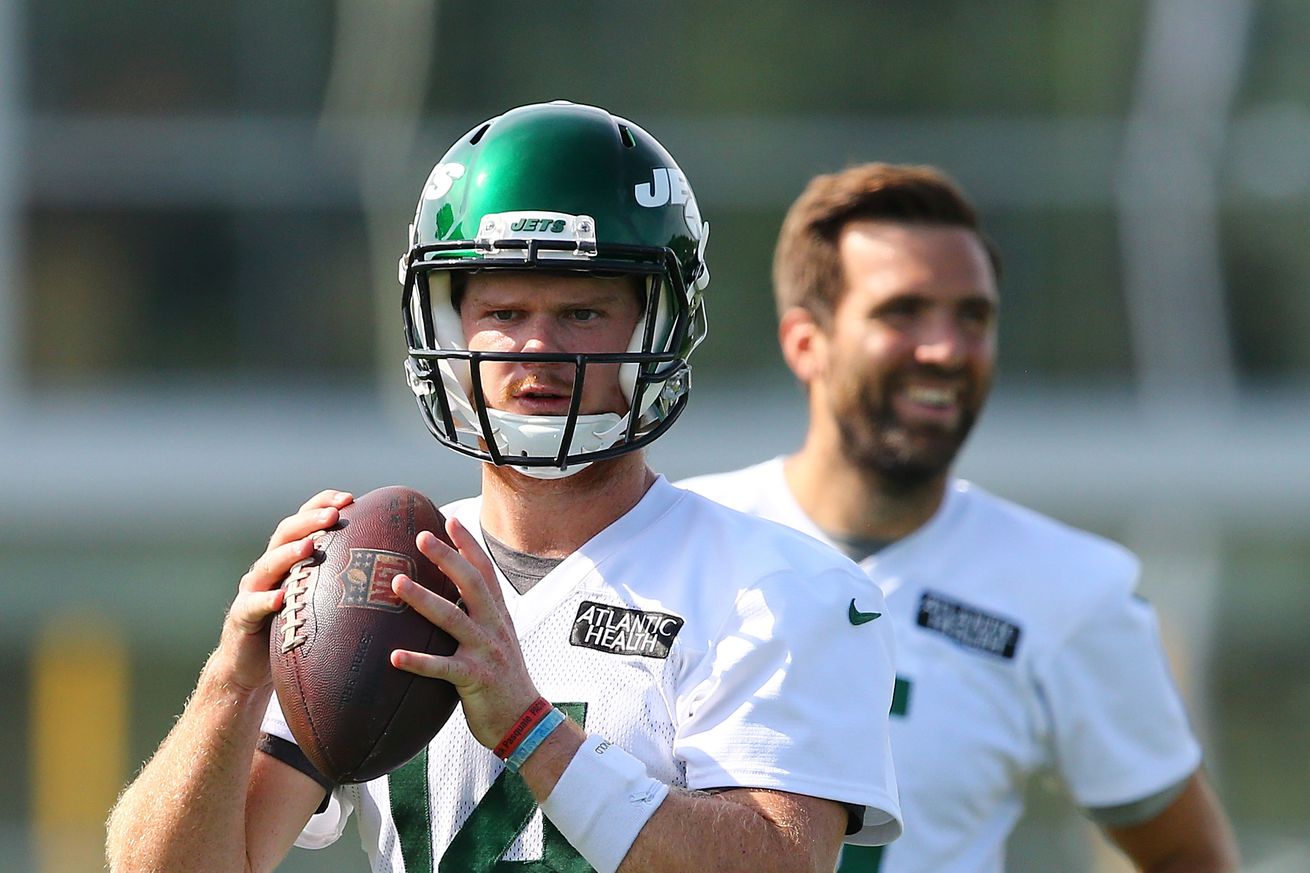 The Jets’ QB room is in flux.

When the New York Jets open their season Week 1 against the Buffalo Bills, their quarterback room is going to be in a state of flux. With that in mind, head coach Adam Gase could bring five QBs to to Orchard Park this weekend.

Starter Sam Darnold is unquestioned and healthy, so we know who will be under center for the first snap on Sunday, but beyond that it’s anybody’s guess. Joe Flacco was supposed to be the steady veteran backup, but he hasn’t fully recovered from neck surgery in April and isn’t expected to be ready until Week 3. He’ll be listed as inactive.

Rich Cimini of ESPN reports the Jets want more experience at their backup QB spot than fourth-round rookie James Morgan. Morgan has never had NFL action with the cancellation of preseason games in 2020.

With that in mind, the Jets recently signed David Fales and Mike White to their expanded practice squad and could elevate one or both to the active roster prior to Sunday. Fales brings one NFL start and 48 career passing attempts to his resume. That lone start (against the Bills while he was with Gase’s Miami Dolphins in 2017) ended in a loss, but his numbers were respectable. White has no regular-season experience after being drafted in the fifth round of the 2018 NFL Draft, but played two preseasons with the Dallas Cowboys.

Because of the altered rules during the COVID-19 pandemic, teams can elevate players from the practice squad right up until the inactive lists are put out 90 minutes before game time. Up to two players can be elevated, effectively creating a 55-man roster to choose your game day 46.

The Bills and Jets open the season this Sunday at 1 p.m. Eastern. Dang it feels good to be writing about football games.