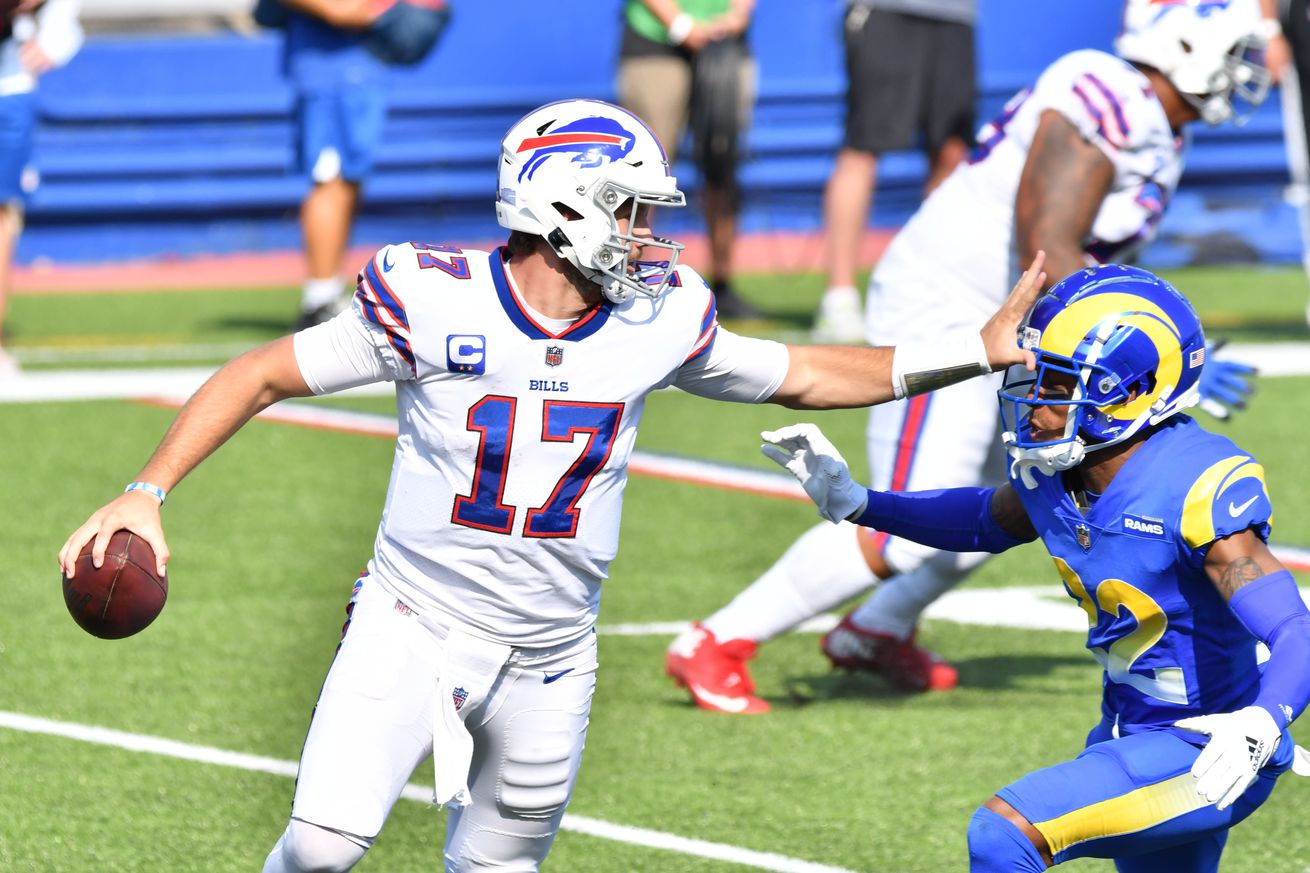 Buffalo Bills quarterback Josh Allen is starting the season on an impressive hot streak. Not only have the Bills had three big wins to start the season 3-0, Allen has been the driving force behind it.

Allen came into Week 2 leading the league in passing yards and notching consecutive career highs in passing yards. He’s scoring touchdowns at a blistering pace and after three games, he’s in some elite company.

Here are the last seven NFL MVPs’ stats after three games. All have been QBs since Adrian Peterson’s MVP season in 2012.

Now for the comparison. Josh Allen is near or better than all of these quarterbacks after three weeks and his team is undefeated.

The last guy on this list to have more combined yards than Josh Allen? Peyton Manning in 2013. Only one guy on the list has more touchdowns than Allen: Mahomes in his MVP year.

The Bills’ quarterback is coming into his own and the league is going to take notice if they haven’t already.