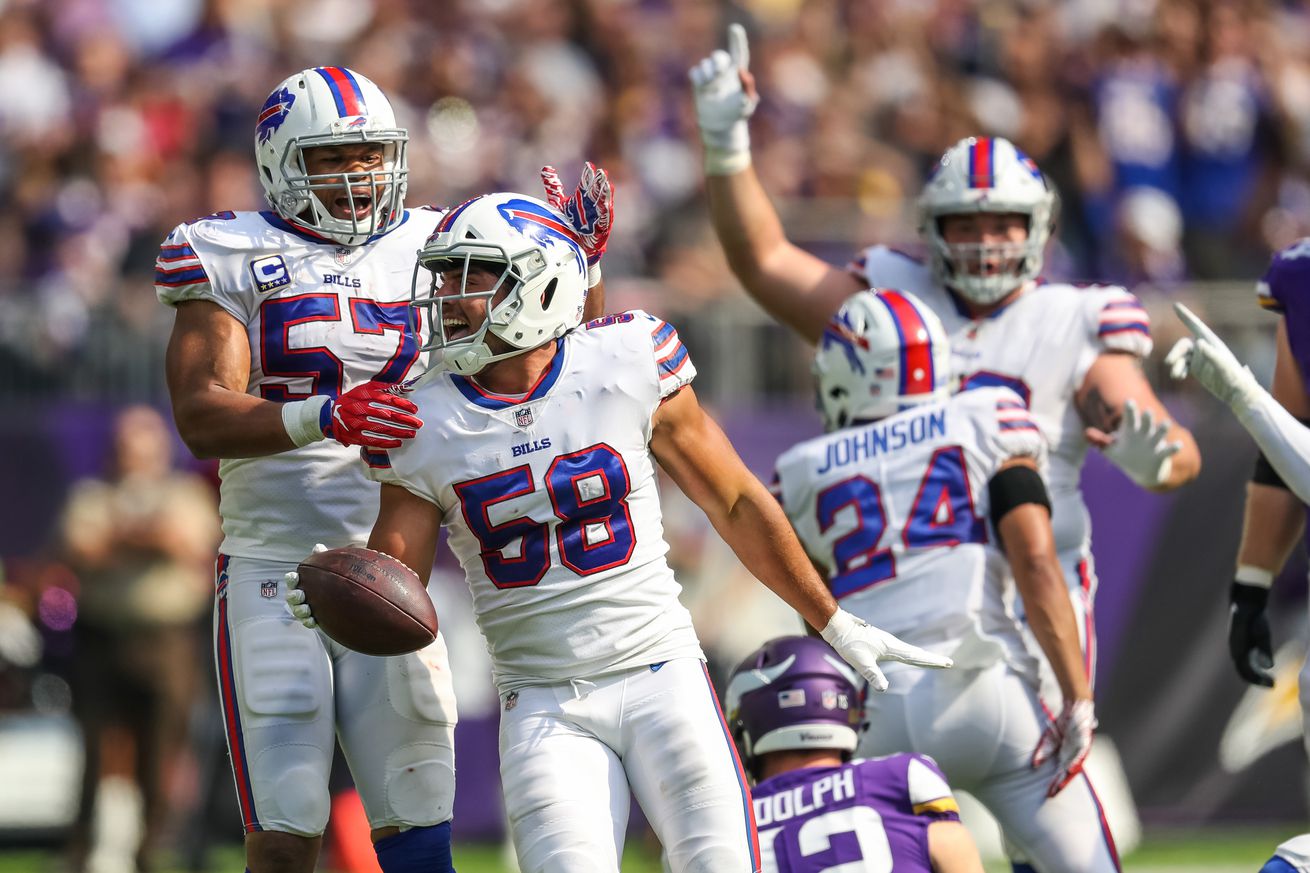 Buffalo Bills linebacker Matt Milano is set to become a free agent after the 2020 season. His high level of play, particularly in coverage, has likely earned him a large contract in Buffalo or elsewhere. He told the media on Friday that he’s not sweating his contract status just yet.

“That’s the business side of things. I’m really focused on winning a championship here with the Bills, focusing on myself being the best version of myself I can be. So I’m gonna let that take care of itself and when it takes care of itself, hope it’s the right number,” said Milano.

That “right number” is going to be substantial. We projected a four-year extension earlier this offseason worth $55 million. It’s modeled closely off the Shaq Thompson deal signed in December with the Carolina Panthers. Like Milano, Thompson is a coverage linebacker, but all of Milano’s stats are better.

If you ask Milano about where he’d like to end up, he says he wants to return to Buffalo.

“Absolutely. Wouldn’t want to be anywhere else.”

Milano and his LB mate Tremaine Edmunds could be roaming the middle of Buffalo’s defense together for a decade if they can agree on contracts. Milano is up first.