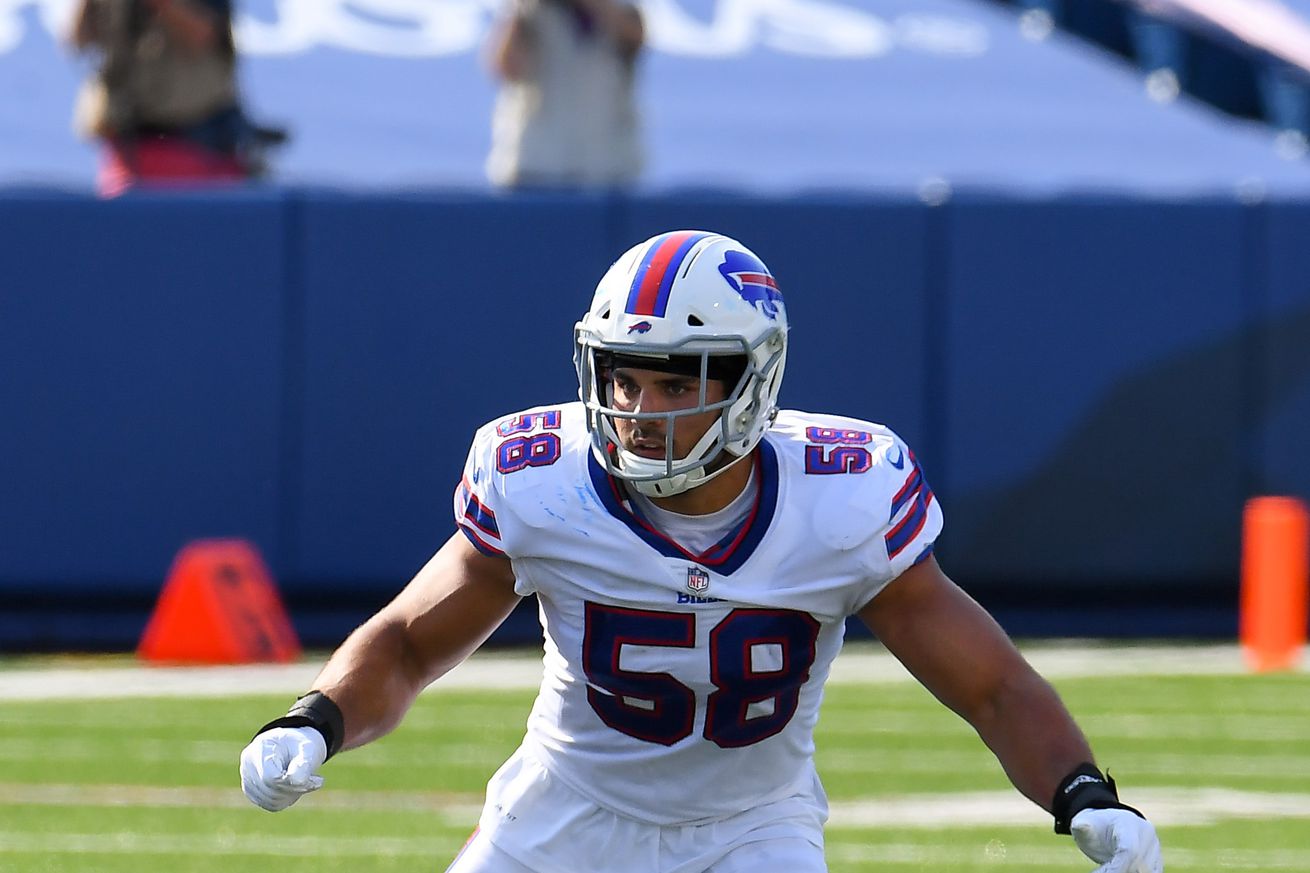 The Buffalo Bills – Tennessee Titans matchup is still uncertain, as the Titans hope that their COVID-19 infections are in the rear view mirror. But if the Bills do play this weekend, they’ll probably be going without either linebacker Matt Milano or cornerback Levi Wallace. Both players suffered injuries that put them “week-to-week”, as Sean McDermott put it.

Milano (pectoral) has already missed one game this year with a hamstring injury. His absence was glaring: Dolphins tight end Mike Gesicki had a field day against Buffalo’s defense. When healthy, Milano’s been one of the best defenders on a unit that hasn’t matched its usual standard. He has a sack, an interception, two passes defended, and 18 tackles this year.

Wallace (ankle) has started four games at cornerback, although he barely found his footing against the Raiders before he had to be helped to the sidelines in the first quarter. In his four games, he has 21 tackles, an interception, and two passes defended.

Neither injury is considered especially severe – at least, the three-week Injured Reserve designation wasn’t being discussed for either player. In Wallace’s case, ESPN’s Jeremy Fowler reported that the issue wasn’t believed to be long-term. The downside is that Bills-Titans is followed by only three days of rest, then the Bills battle the Kansas City Chiefs on Thursday Night Football. It would take nothing short of the best case scenario to see either player return to action before October 25th’s rematch with the New York Jets.

In the meanwhile, the Bills will count on Tyrel Dodson and Josh Norman to step up to the plate. Dodson had a solid debut this season, and seems to have already leapfrogged veteran A.J. Klein on the depth chart. Norman, in his first game action of the year, sparked Buffalo’s defense when he forced and recovered a fumble in the fourth quarter.

McDermott didn’t give a full official injury update in his press conference, but he also added that Brian Winters (knee) was day-to-day, and quarterback Josh Allen (shoulder) was feeling good after the game.