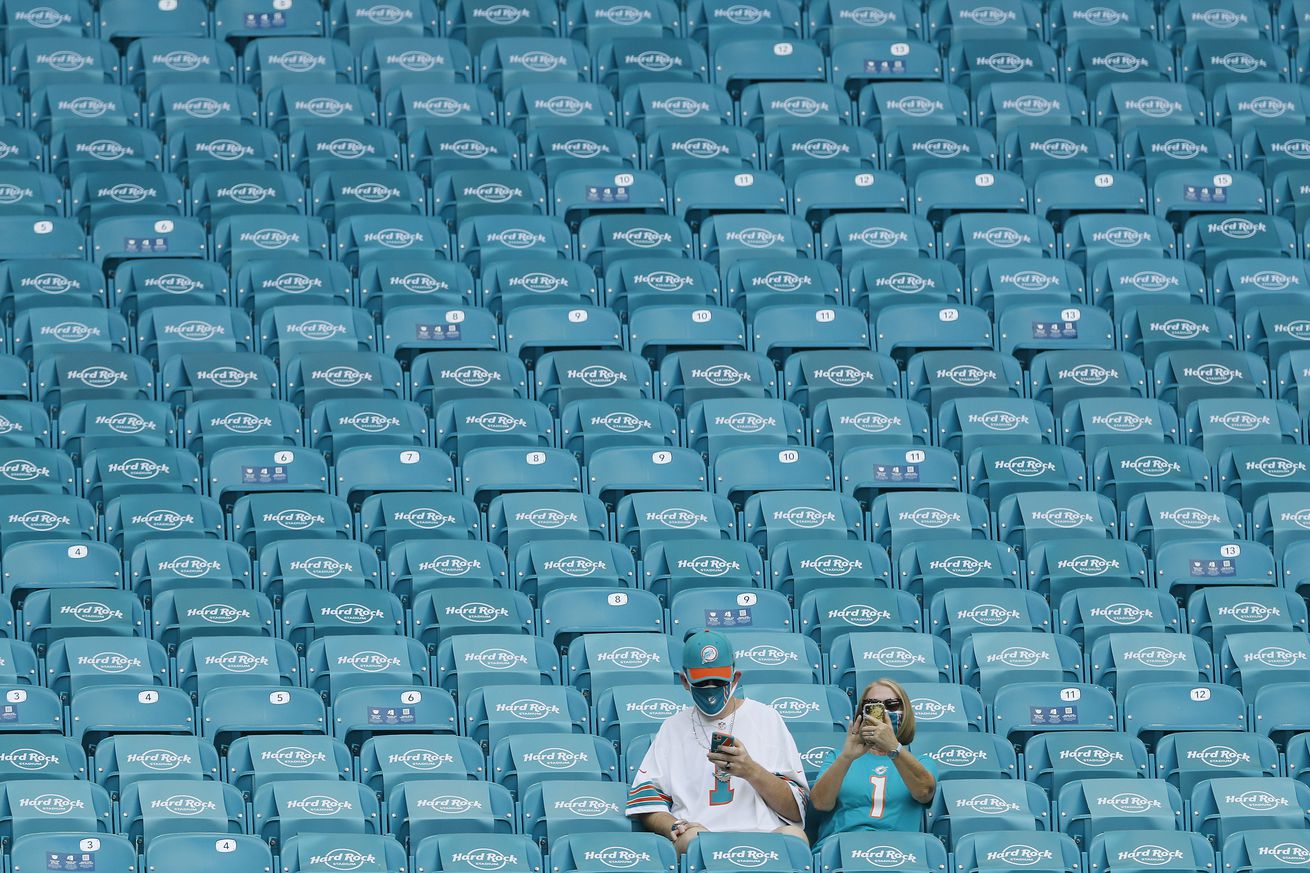 And we were worried about a competitive advantage

When it was announced that the Miami Dolphins would allow fans in the stands at their home opener against the Buffalo Bills, Buffalo head coach Sean McDermott said some teams having fans while others didn’t was going to be a competitive advantage. If Sunday is any indication, that’s not going to be the case.

According to Peter King of NBC Sports, the Dolphins were only able to move 11,075 of their allowed 13,000 tickets to Sunday’s game. With Bills fans unable to travel down from New York because of a mandatory two-week quarantine upon their return and advice from the Erie County Department of Health, it put a massive dent in the interest level for the tickets.

Anecdotally, it looked like a healthy contingent of fans in the stands were wearing the dark blue, red, and white of the Bills instead of the teal and orange Dolphins colors. Bills players and coaches didn’t mention the crowd at all in the post-game comments that I’ve heard and read.

Two more games on the Bills’ schedule are currently scheduled to allow fans; their October trip to Nashville to take on the Tennessee Titans and the December game in Denver against the Broncos.