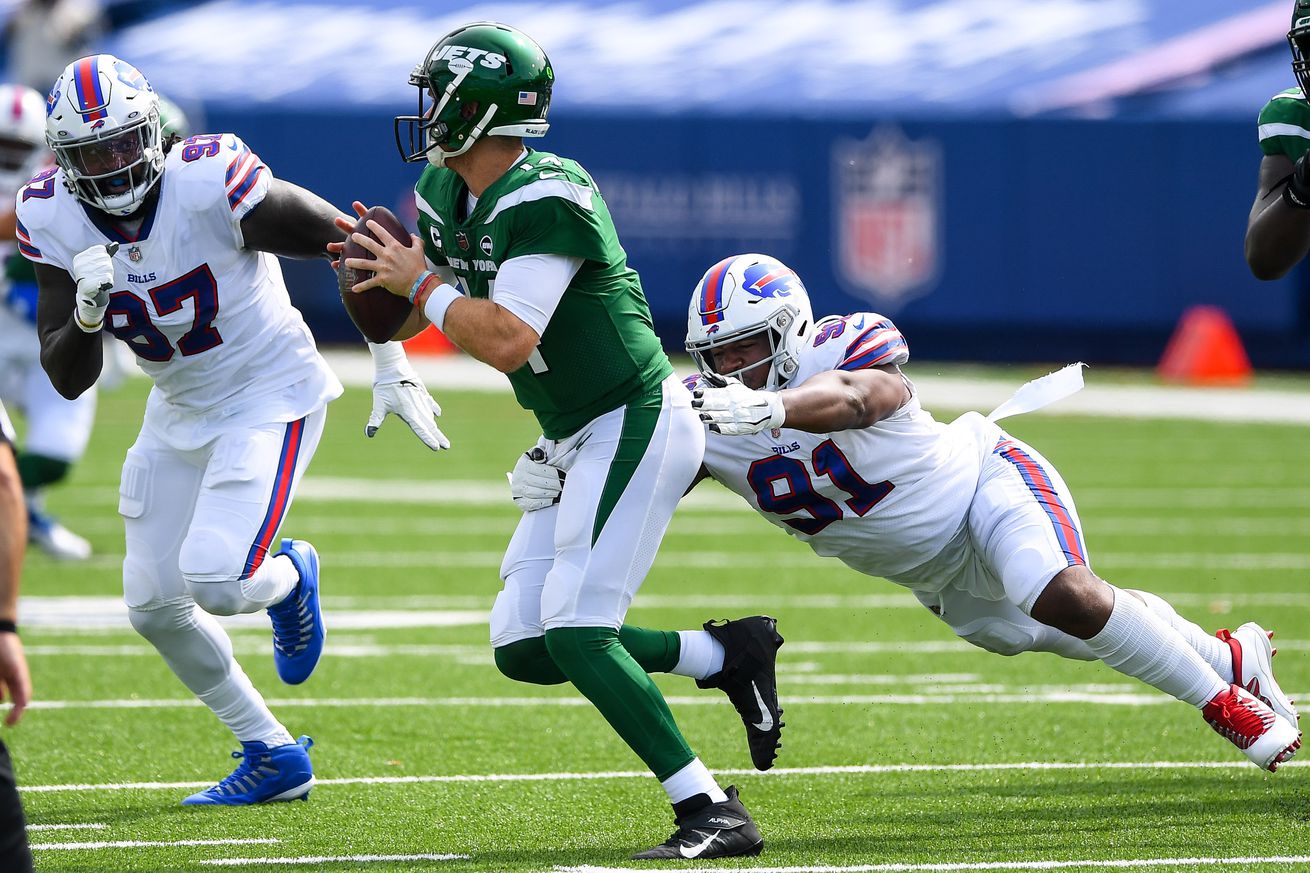 Defensive end Mario Addison was a late addition to the final Buffalo Bills injury report of the week. Missing practice with a knee injury on Friday, Addison is now questionable to play against the Las Vegas Raiders this season. A free agent signing in the offseason, Addison leads the Bills with two sacks this year.

For the most part, the Bills have made a remarkable recovery from the rash of injuries they faced two weeks into the season. Only two other players received an injury designation: Zack Moss (toe), who is questionable after being a limited participant all week, and Del’Shawn Phillips (quad), who finally returned to practice after nearly three weeks as a non-participant, but is still ruled out for this weekend. Tight end Dawson Knox (concussion) is cleared of the protocol and set to return after a one-week absence.

A host of important players missed practice this week, but returned to full participation on Friday. None of those players were given any injury designation heading into the weekend. That list includes John Brown (calf), Micah Hyde (ankle), Ed Oliver (knee), Dion Dawkins (shoulder), and Quinton Jefferson (foot).

Dawkins, who was wearing a red no-contact jersey earlier in the week, practiced without it on Friday. Tremaine Edmunds (shoulder), who was seen in a red jersey for most of the past three weeks, also shed his.

The Bills did not list Josh Norman on their injury report, as he hasn’t been reactivated from Injured Reserve, but he was seen practicing this week. The team recently cut cornerback Cam Lewis, perhaps signaling Norman’s return to action. Offensive guard Jon Feliciano is also eligible to return in week four, but didn’t practice this week, and apparently still needs additional recovery time from his pectoral injury.