Buffalo Bills quarterback Josh Allen spoke to reporters on Thursday as the team continues to put their final touches on 2020’s training camp. As is everything this year, it’s different than usual.

Allen spoke via video conference instead of just talking in a group of people answering questions. But before doing so, the quarterback had a special shoutout to give to a guy from his backfield.

It’s Devin Singletary’s birthday, so Allen was wearing a custom made t-shirt for his running back. He showed it off before fielding questions and it was an awesome one. The picture of Singletary certainly has to be from a long while ago.

Check out these photos of Allen’s Singletary shirt here, via the team and WIVB-TV’s Heather Prusak, respectively: 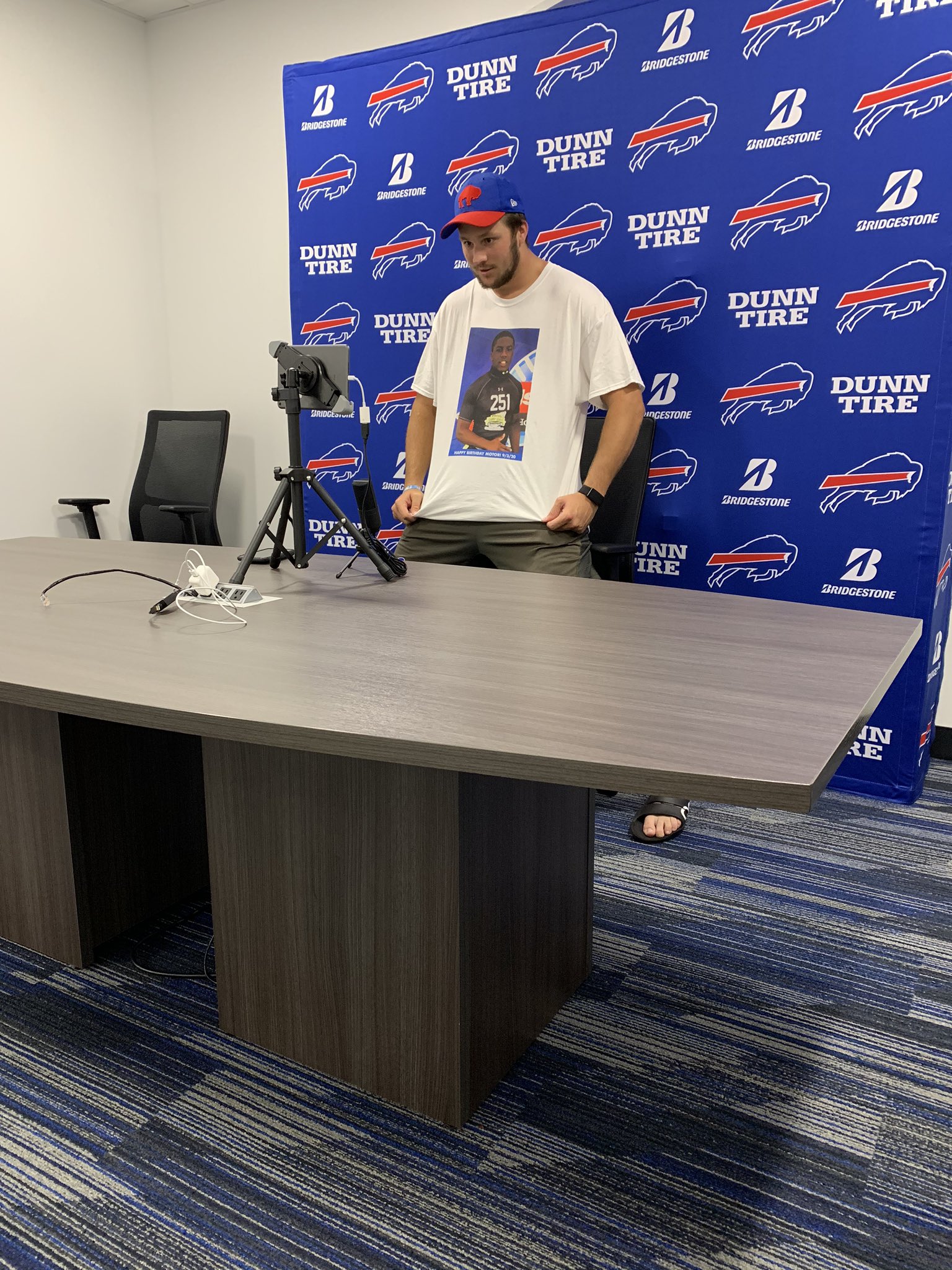 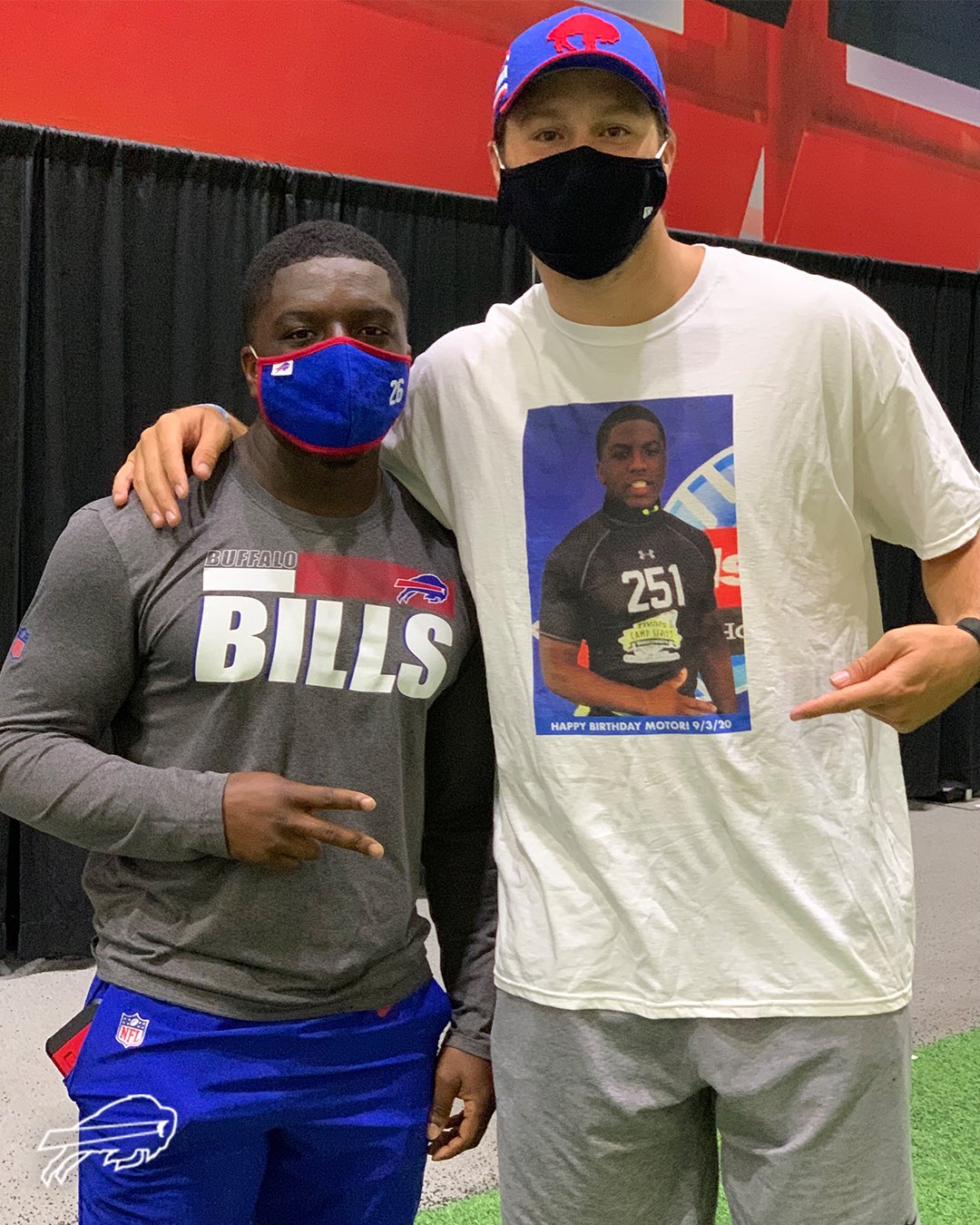 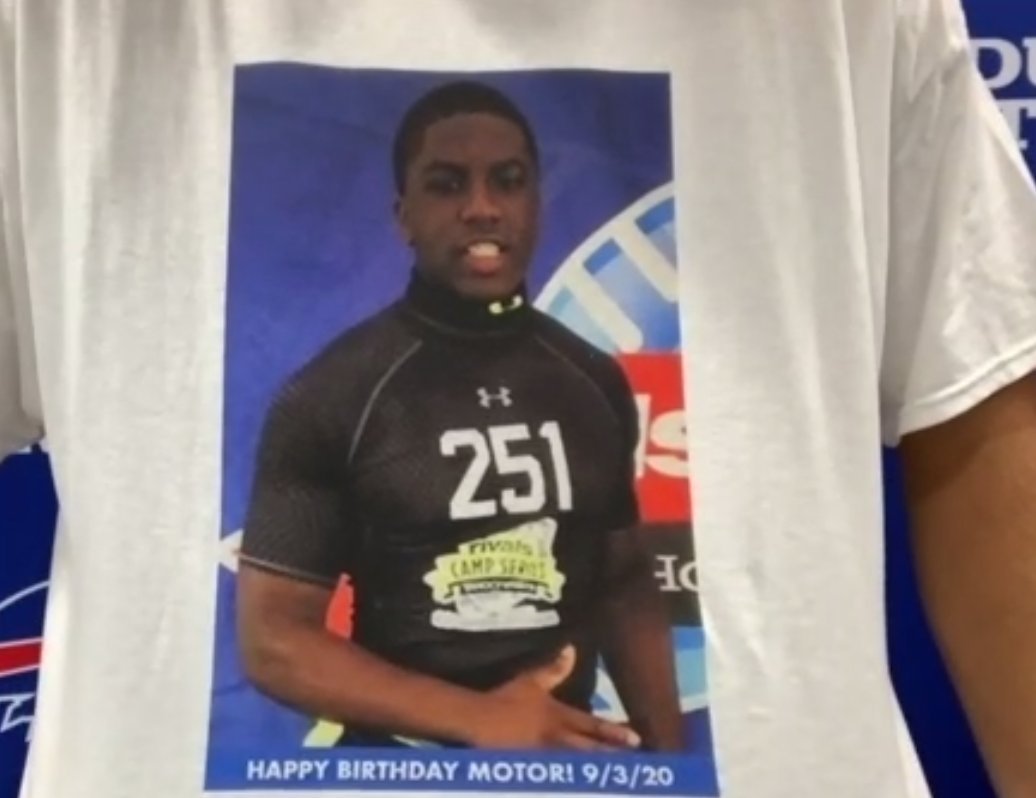