Earlier this offseason, Buffalo fans won a bracket-style contest with Fox Sports which dubbed them the best in all of the NFL. It was their annual “Ultimate Fan Bracket Challenge.” The winner got a prize, too.

A billboard where ever they want. And they meant anywhere.

Fox Sports announced on Friday that this billboard is going up… in Foxborough, Massachusetts… otherwise known as the home of Gillette Stadium… the Patriots’ stadium, very soon: 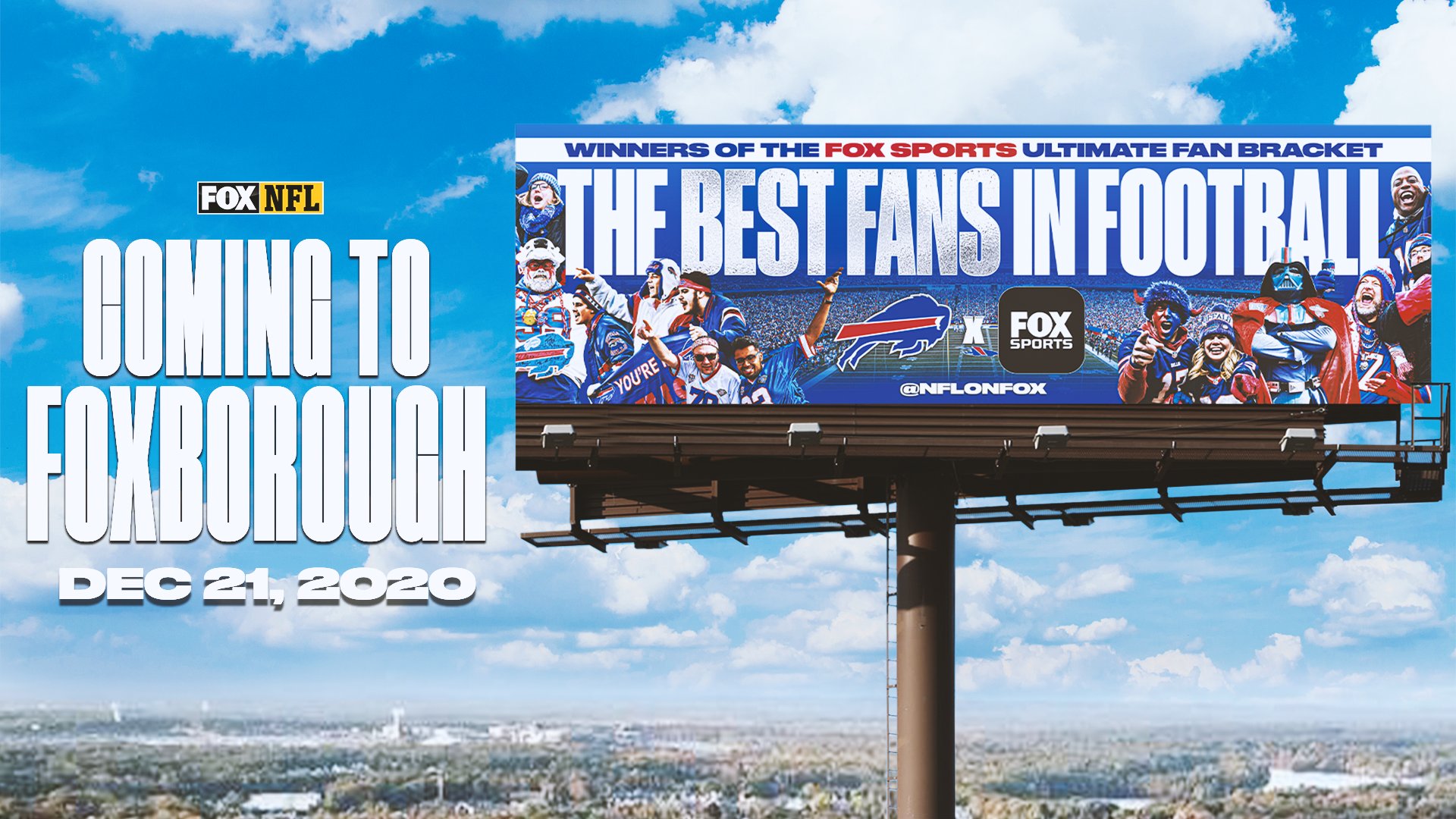 The Patriots, with a loss to the Rams last week, were eliminated from the AFC East title race. This upcoming weekend, the Bills could win it with a win over the Broncos.

At 6-7, the Patriots don’t have the best outlook for the playoffs in general, either. On Sunday, they visit the Miami Dolphins (8-6) in another AFC East showdown.

Even when Tom Brady was playing for the Pats, they had their problems winning in South Beach. If the Patriots do lose that game, they’re all but mathematically eliminated from the postseason.

So… on Saturday the Patriots might lose their division crown, and on Sunday they might get eliminated from the playoffs.

This billboard is scheduled to go up on Monday…

The Bills & Patriots will also faceoff head-to-head in New England the following Monday in Week 16, Dec. 28.

PODCAST: Are the Bills the 2nd best team in the AFC?