Offensive lineman Tommy Doyle is officially a member of the Bills. He’s also been accepted as a true “football guy” in the process.

On Thursday, five of Buffalo’s eight selections from the 2021 NFL draft signed their rookie contracts. Doyle was one of those, but did so in a different way.

The team shared this image to their social media accounts, as they usually do. A guy just signing his piece of paper… but Doyle did so… a bit differently. Doyle suited up in full game day gear to do so: 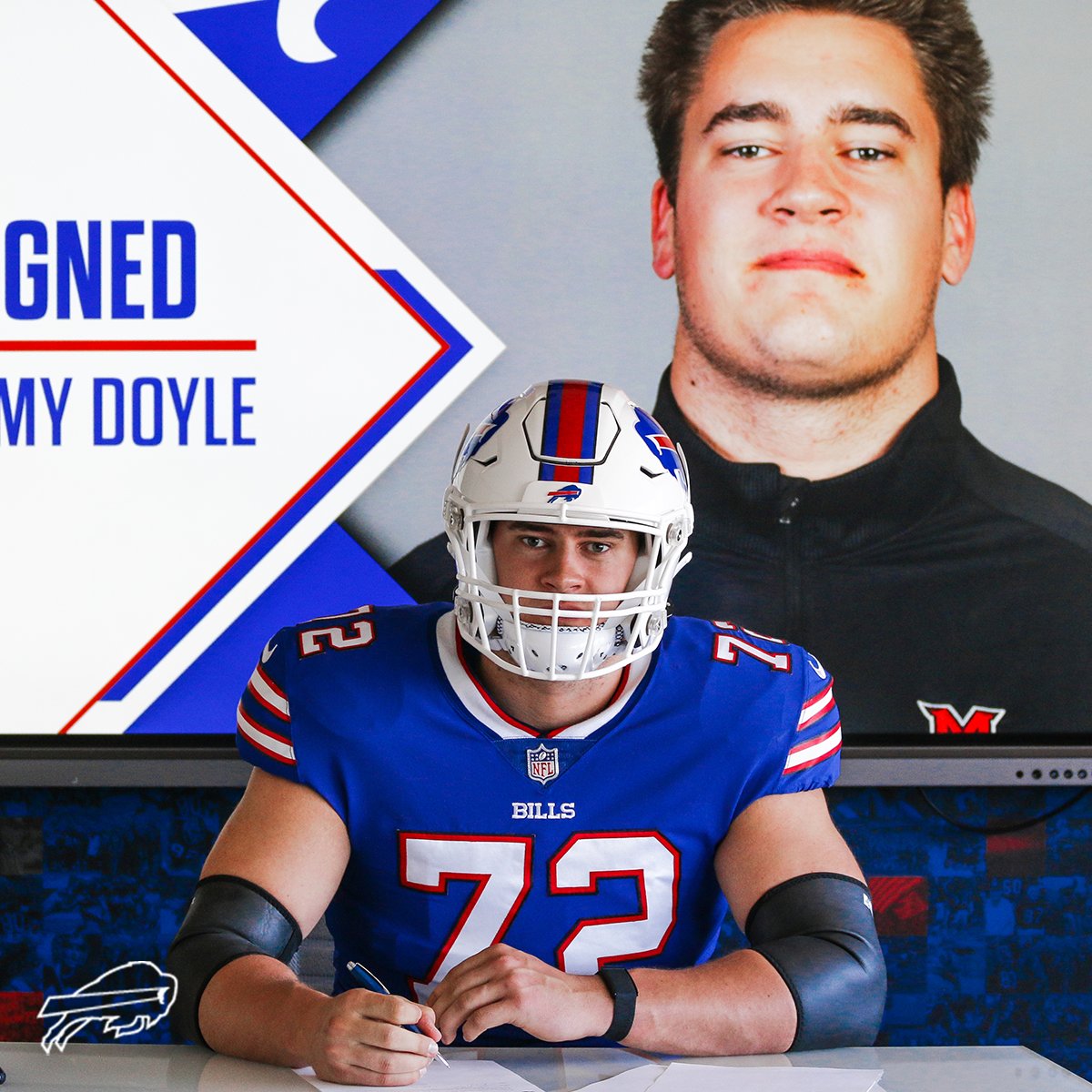 Doyle’s decision caught the attention of some across the internet as well, including the hosts of Barstool Sports’ podcast, Pardon My Take. The show annually conducts a “football guy of the week” during the NFL season and it looks like both hosts decided to give an offseason seal of approval to Doyle:

Report: Bills among teams with interest in CB Steve Nelson

Bills are near TD favorite vs. Steelers on 2021 opening day