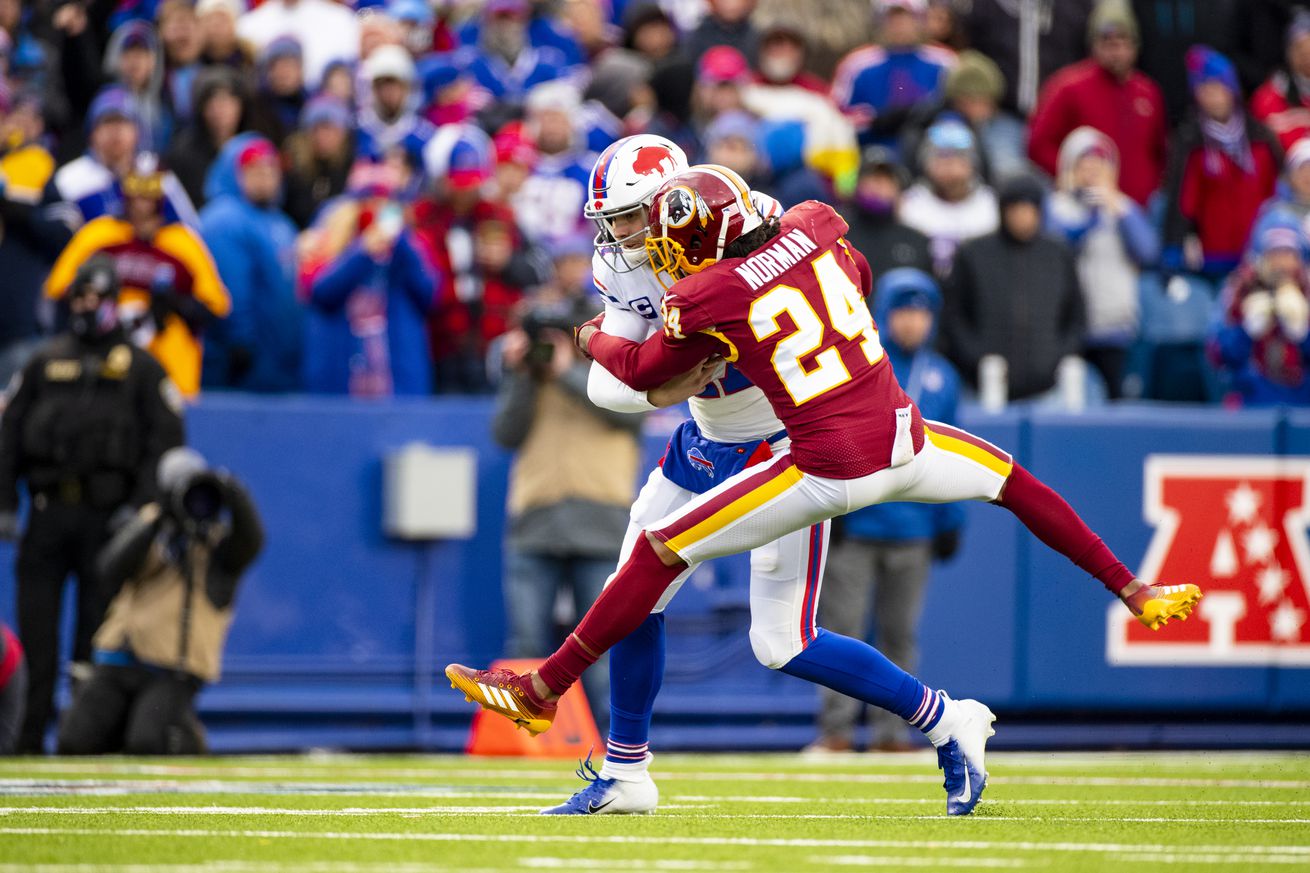 The Buffalo Bills’ number 2 CB is on the shelf.

Buffalo Bills cornerback Josh Norman left practice on Thursday with a hamstring injury. Head coach Sean McDermott said Norman wouldn’t practice on Friday afternoon, either, but didn’t provide a timeframe for his return saying they didn’t know the severity yet.

Norman went up and intercepted a pass from Josh Allen against Stefon Diggs. During the return, Diggs forced a fumble by knocking the ball from Norman but in the process landed on the corner’s leg. Norman didn’t leave the field, instead riding the stationary bike to stay loose. If it was an immediately-known serious injury, he would have headed for confirmation testing so hopefully it’s a good sign he stayed on the field.

The Bills have Tre’Davious White at one cornerback position and Norman was the odds-on favorite to win the starting job opposite. Levi Wallace was the main competition with E.J. Gaines opting out of the 2020 season. Wallace missed the first day of camp with his own injury but has been back on the field. He has started 23 games over the last two years after signing as an undrafted free agent.