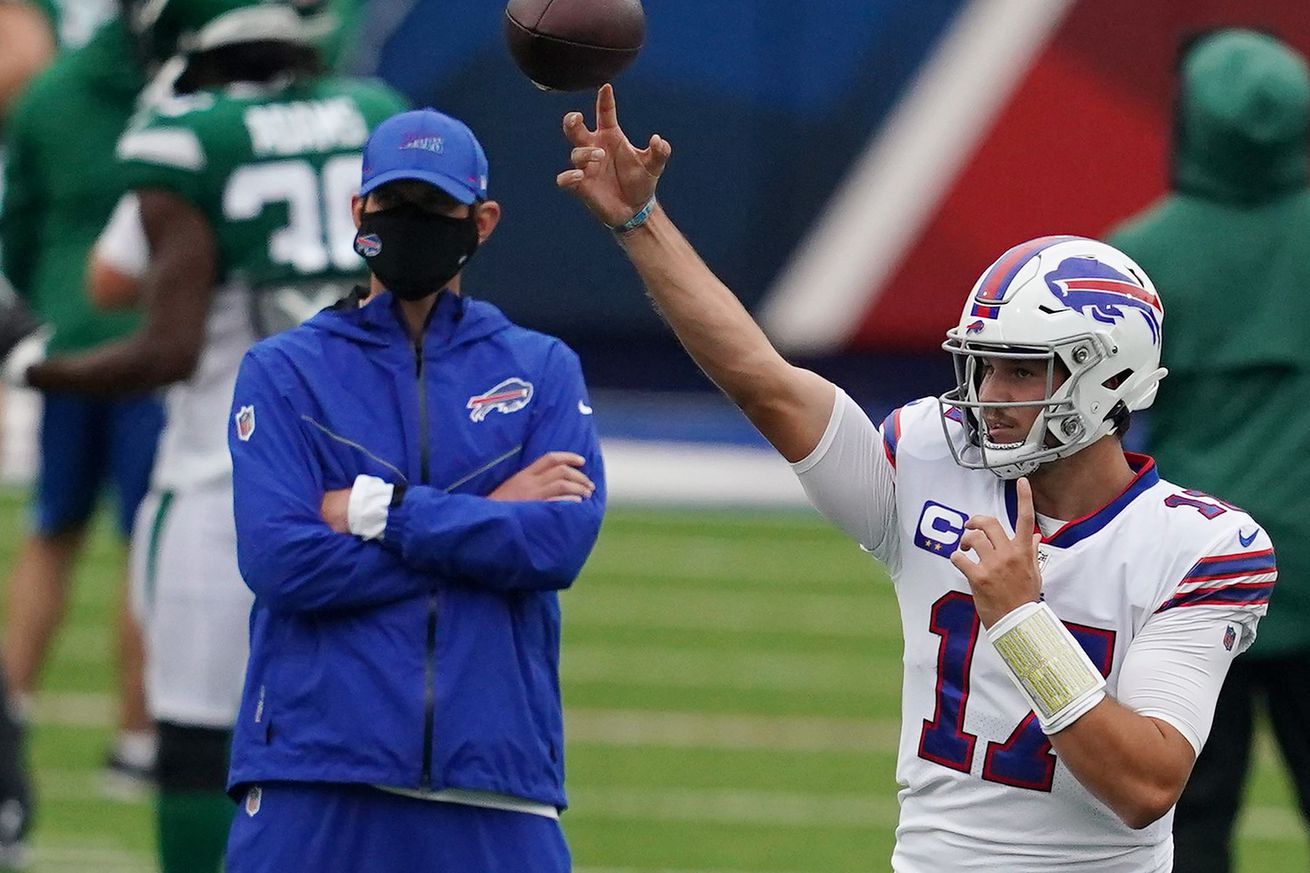 Buffalo Bills quarterback Josh Allen threw for more than 300 yards passing in 2020’s season opener. It’s the first time a Bills QB has thrown for 300+ yards in the first 60 minutes of a game since 2014.

Tyrod Taylor threw for 300 yards once in a 2016 overtime loss to the Miami Dolphins. He threw for 37 yards in the extra period to get to 329 on the day.

The last Bills player to do it in regulation was Kyle Orton in 2014! He did it three times, finishing it off on December 21st against the Oakland Raiders. He also had 329 yards in the game.

Allen finished Week 1 with 312 yards and two touchdowns, going 33 of 46 for a 71.7% completion percentage. The third-year QB was clearly in control for most of the game but did miss a couple open passes that could have made a difference in the game against a better opponent.