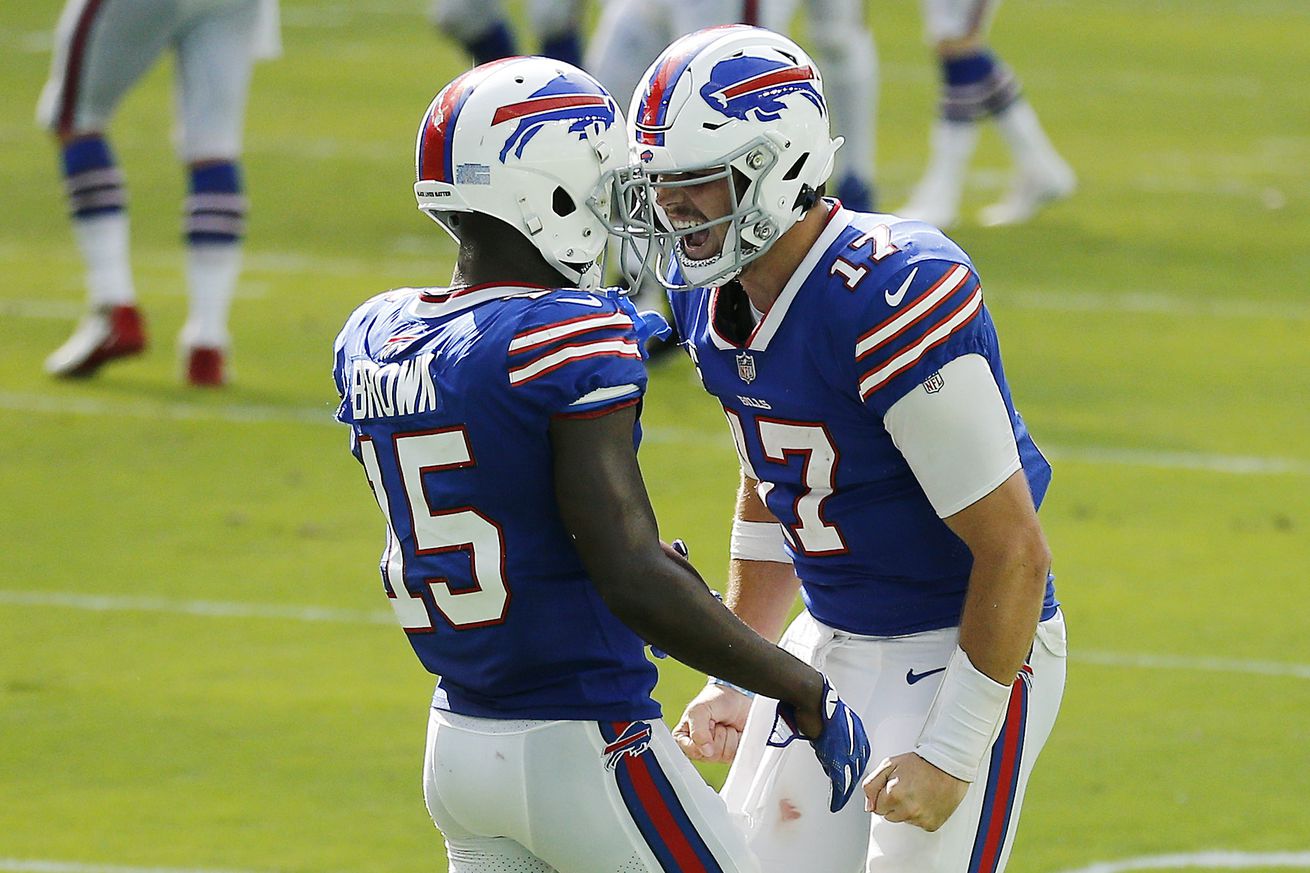 Can he keep it up?

It’s been 18 years since Drew Bledsoe threw for 463 yards in a 45-39 Buffalo Bills victory over the Minnesota Vikings in Week 2 of the 2002 season, but 157 of Bledsoe’s yards actually came in overtime of that game, so he ended regulation with just over 300 passing yards.

It’s been 37 years since Joe Ferguson threw for 419 yards in a 38-35 Buffalo Bills victory over the Miami Dolphins in Week 6 of the 1983 season. But nearly 50 of Ferguson’s yards actually came in overtime of that game, so he ended regulation with only 372 passing yards. (For those interested, the play-by-play box score of this game that breaks down Ferguson’s yards between regulation and OT does not exist, but the game is available to watch on Youtube).

That means that Josh Allen set the Buffalo Bills’ passing record for passing yards in regulation with 417 on Sunday. (He tied it, actually. Bledsoe got to 417 in regulation in a loss to the Raiders in 2002.)

All Bills fans knew we were seeing something special during the game. 400-yard games in 2020 aren’t as rare as they were even ten years ago, but it was unequivocally a hell of a day for Josh Allen regardless of today’s passing norms in the NFL. What we may not have realized without a little more context is that Josh Allen threw for more yards than any Buffalo Bill in the team’s history in 60 minutes.

Allen spread the ball around, even finding rookie Reggie Gilliam for a TD as well as 7 other receivers throughout the afternoon. He stretched the defense deep on multiple throws to different receivers and in different parts of the field. And he did all of that without turning the ball over in any way. (Bledsoe had three picks in his 417-yard game.)

Stefon Diggs has obviously changed the way the Bills’ offense even exists. Its very being was thought of differently because of what his presence brought to the team. However, Diggs presented Allen with the opportunity to take advantage of the stress he would put on opposing defenses. Allen so far has taken that opportunity for all it’s worth.