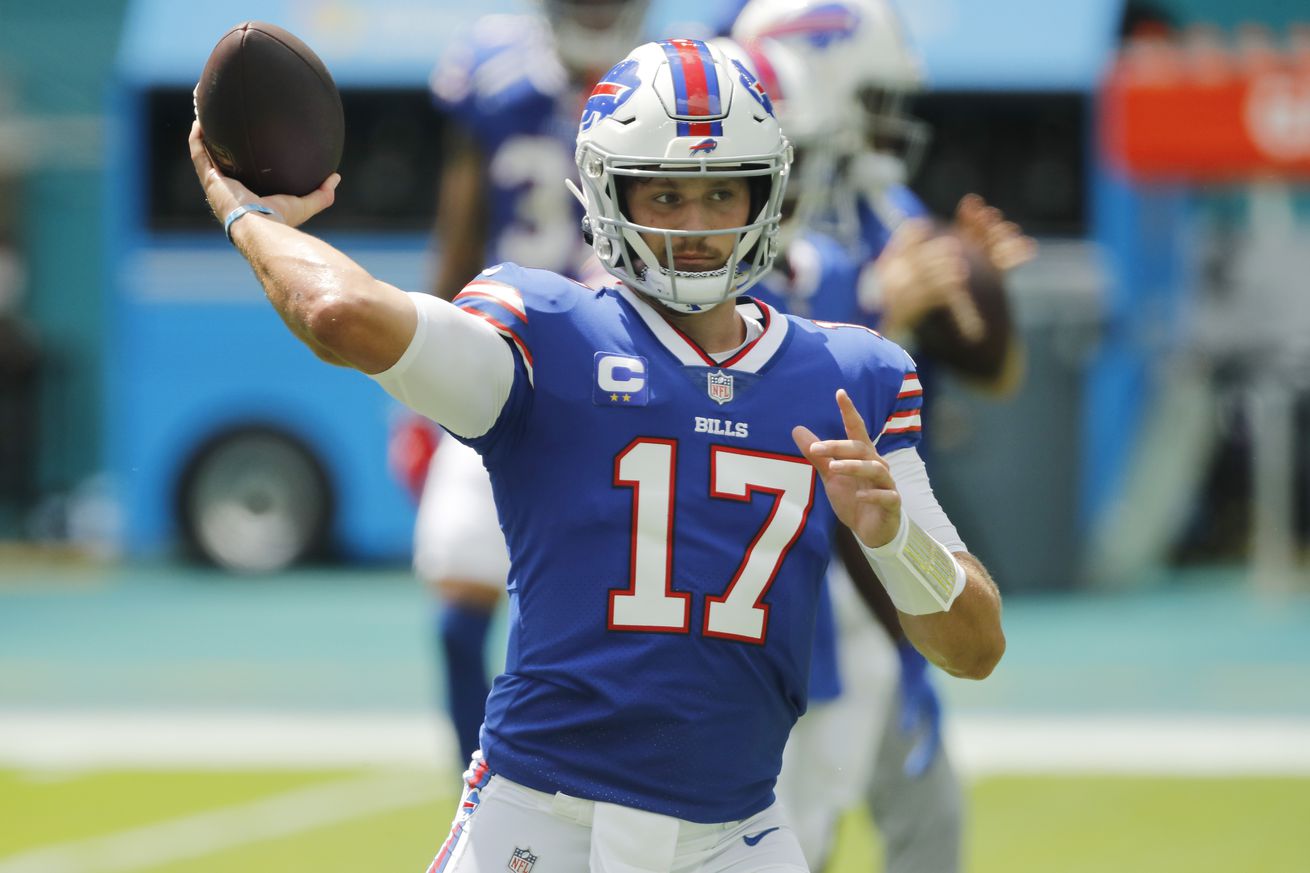 Buffalo Bills QB Josh Allen is playing outside of his mind in 2020. Perhaps he’s taking a huge jump in Year 3 of his NFL career after not throwing as many passes in college as most top prospects or maybe it’s the addition of wide receiver Stefon Diggs, but whatever he’s doing, let’s keep it coming.

Allen finished the Week 2 game with 417 yards through the air, tied for the third-most in team history. Hall of Famer Jim Kelly never threw for that many yards (403 was his max), but Drew Bledsoe holds the franchise record with 463 yards in 2002. Joe Ferguson hit 419 in 1983 to beat the Miami Dolphins.

It wasn’t just yards; Allen threw for 11.8 yards per attempt, too. A blistering number that puts pressure on defenses to cover a large chunk of the field, Allen connected on a bunch of deep balls and several underneath passes that used yards after the catch to pad his numbers.

The last time a Bills QB went back-to-back 300-yard games was 2002, when Drew Bledsoe did it (he actually did it three times in 2002), and this week Allen set a career high while finding eight different players through the air. It’s the third-most yards over a two-game span in team history.