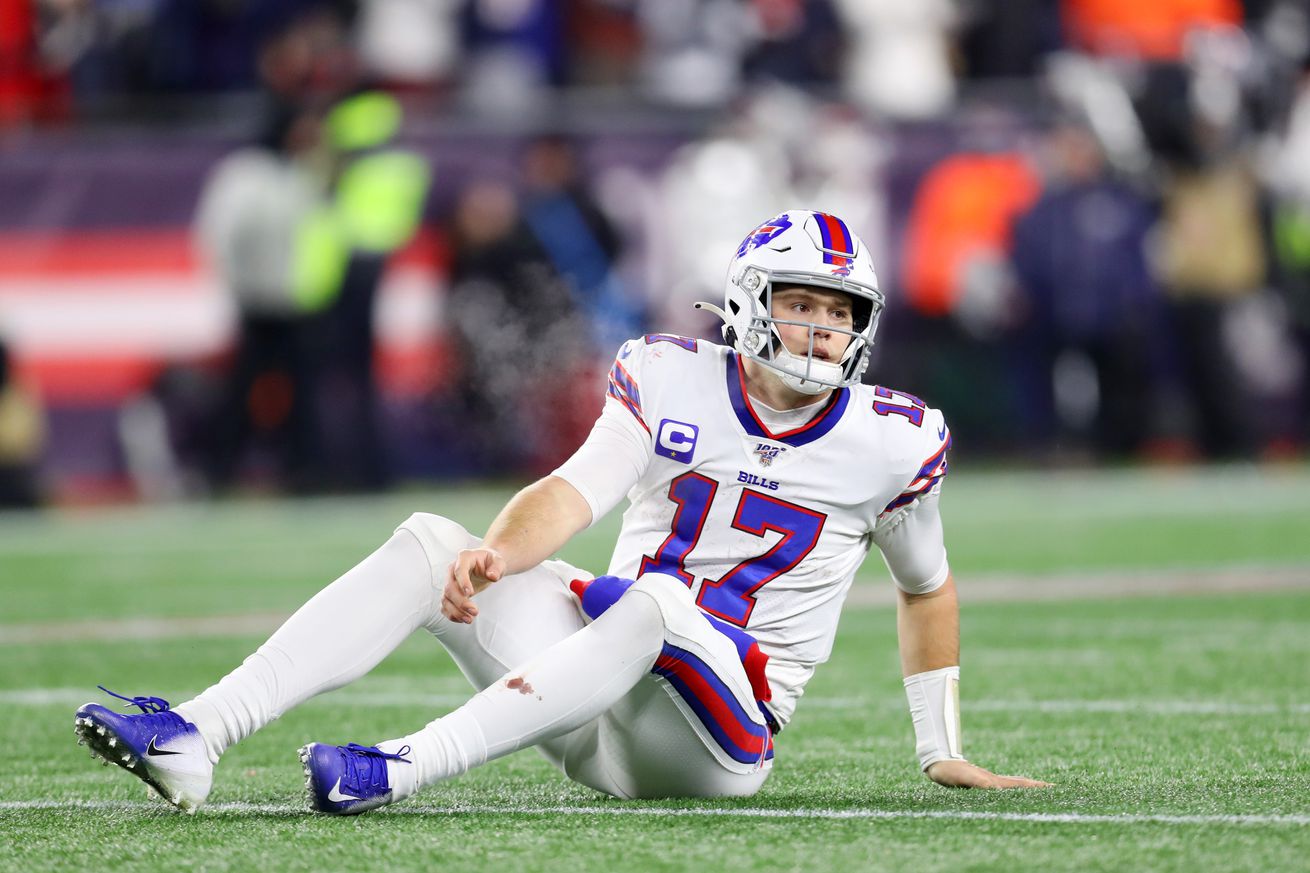 Buffalo Bills QB Josh Allen is “in pretty good shape” on Monday according to head coach Sean McDermott. He answered the question during the injury portion of his press conference and didn’t seem concerned about his QB’s availability for Sunday’s game against the Tennessee Titans.

In Sunday’s game against the Las Vegas Raiders, Allen left the game and immediately headed to the locker room after he was tackled on a third-down throw and banged his left arm against the turf as he was being brought to the ground. Allen immediately grimaced when he hit the ground, and shook his non-throwing hand as he got up.

The actual injury was not disclosed other than “shoulder” and Allen never missed a snap despite stopping multiple hearts of Bills fans. He jogged back out on the field during the long Raiders drive that followed his injury.

WTH is 99 doing other than launching & targeting.. no flag.. now Allen is hurt pic.twitter.com/46gd6Cc0AB

Allen broke his throwing shoulder in college at Wyoming. In the NFL, he’s hurt his throwing elbow and suffered a concussion, missing time for both injuries.